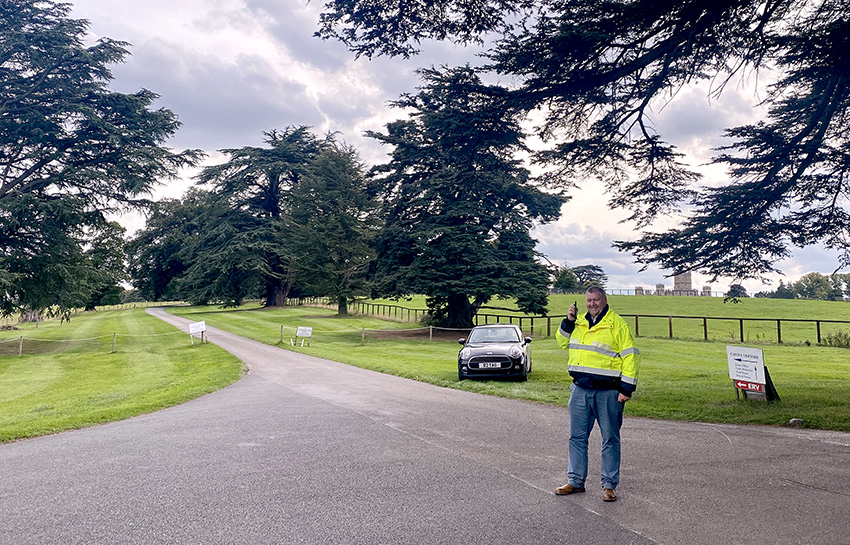 Highclere relies on various means of communication between staff, the most often used of which are two way radios. Each handset is usually carefully labelled by its owner so that anyone who “borrows” it, can be easily identified. They are very effective and immediate but also offer, often unwittingly, our own entertainment channel. Some of the team are quite brief, indeed positively taciturn, whilst others regard it as a radio “stage” and if one of the impromptu sketches begins, we all listen in. 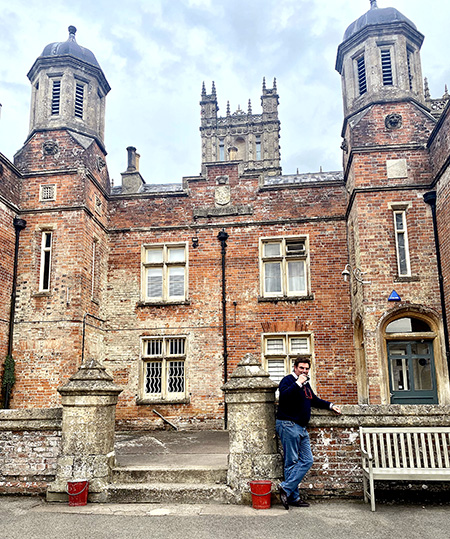 “Anne at the crossroads calling estate office” we hear on the radio.

“Delivery van on the way”

“Who is it for, could you ask”

“Where did you tell it to go?”

A van heading in some direction happens fairly frequently and we tend to give it a good ten minutes before we think about whether one of us should go and look for it. We know quite a few of the delivery drivers and they know us which makes everything easier. In any case, most of the deliveries are for Sally in the gift shop so the main rule is simply to ensure they are off loaded in right place and we are not double handling them. 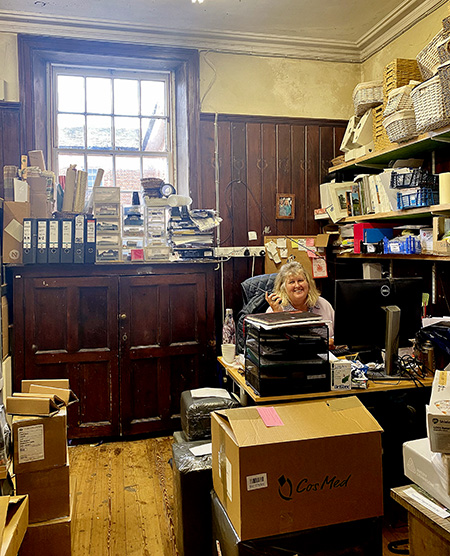 Sally, however, spends a certain amount of her time searching the internet for many other Highclere “departments” so that some of the things labelled for Sally are not, in fact, for her after all and have to be re-directed elsewhere. Her buying range is so eclectic that I think it would defy any algorithm to make sense or pattern of it.

In return, when we hear of a large delivery arriving, we all help her unload. One huge lorry was nearly empty except for the last remaining boxes in its long load bay which were all for us. In order to expedite the process, John the Castle manager climbed inside and whizzed the boxes along the clear floor giving himself marks out of ten, rather like a bowling alley and we had to catch them before they slid off the tail lift.

Manning the crossroads at the centre of the estate is essential to ensure that all traffic reaches its correct destination and all take turns. Recently, it was Paul Mac’s turn and he got on the radio: 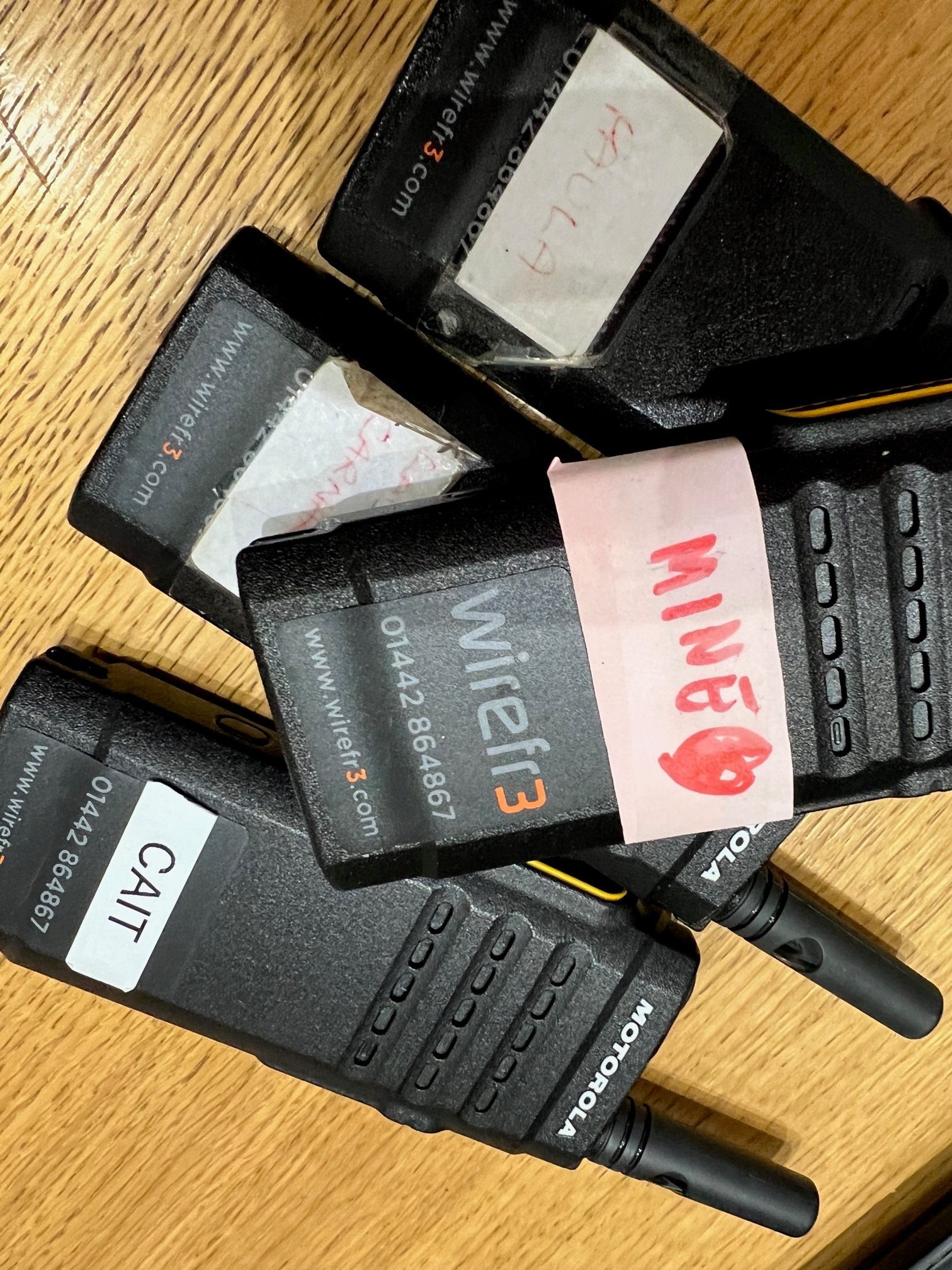 “I can’t remember her name.”

Everyone able to hear a radio collapses in laughter and so the day continues. Some get over enthusiastic and talk over each other in their excitement, others can’t quite master the mechanics of which button does what and inevitably there are the occasional pocket dials. 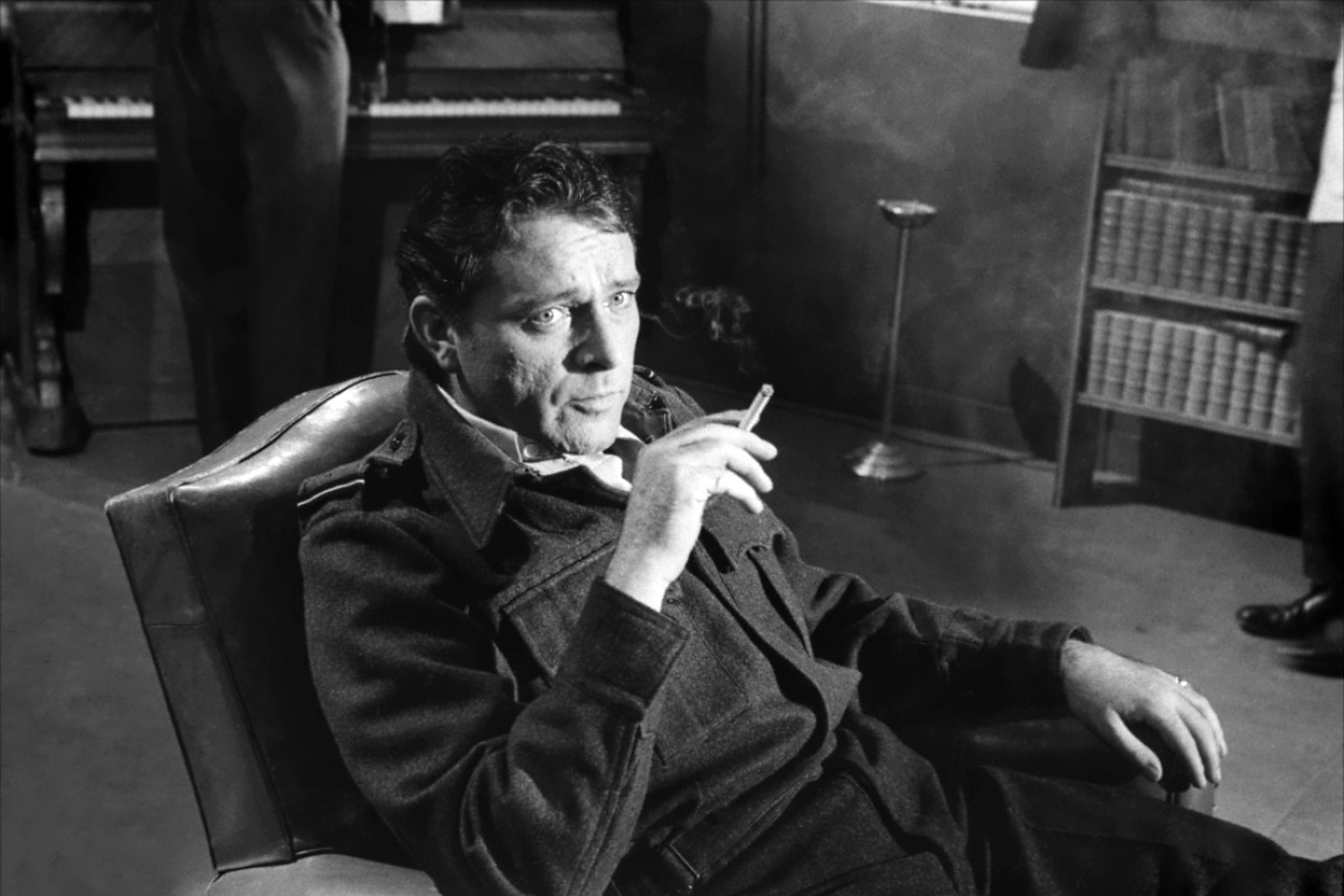 Apart from the necessity of communicating across a large landscape and the humour, intentional or otherwise, what the radios also unexpectedly achieve is a sense of community. As they are always on, in case someone needs you, it also means that, even if you are working in a solitary space that day in an obscure corner of the castle, or at the  crossroads in the park you still feel part of the team, with familiar voices and chatter going on in the background.

“Broadsword calling Danny Boy”  is a radio call sign John the Castle Manager uses  to suggest to Paul Mac something is urgent, in fact critical. It was of course the gravelly voiced,  handsome actor Richard Burton’s line from the film “Where Eagles Dare”.  Thus many similarities except  John, is of course  from Yorkshire and Richard Burton was from Wales.  However Highclere’s reversion to the iconic films, TV series  and quotes can be most cheering, and the exchanges unexpectedly comforting.