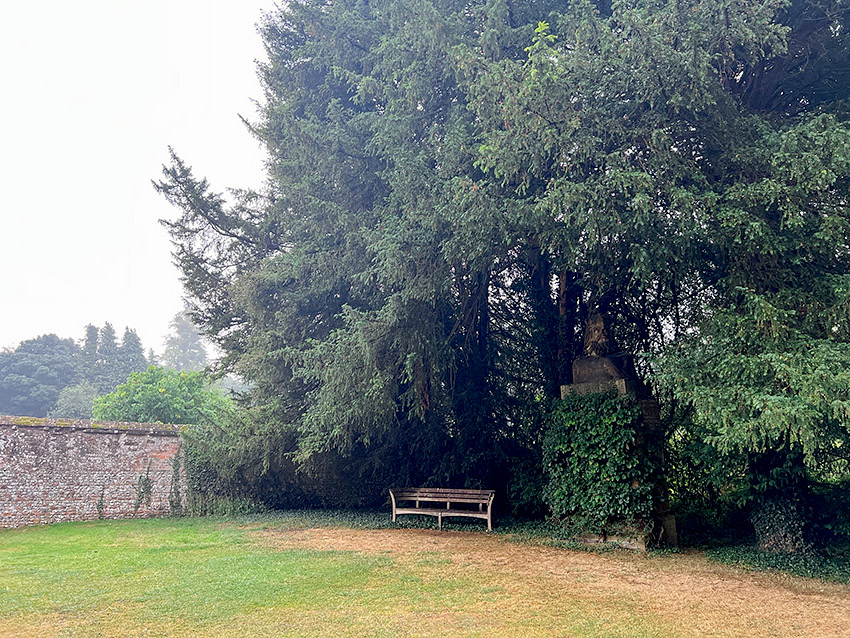 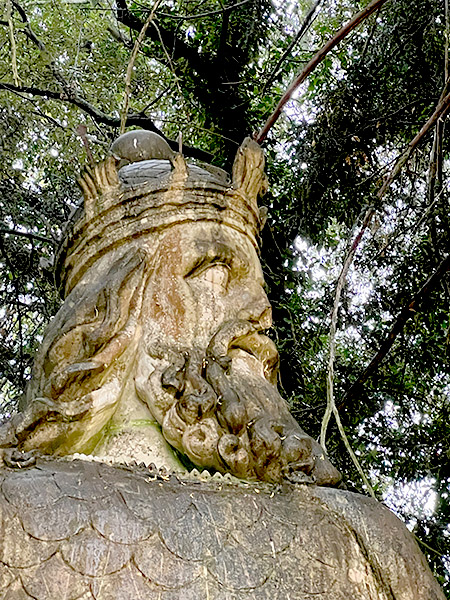 A huge old grey statue sits half hidden in a corner between the arched walls of the Monks Garden and one of the entrances to the Secret Garden. Tall deep green yew trees planted behind it ensure it always has shade and it begins each day looking either to the right or left. Like many other families, mine included, Geordie’s family claims kinship to this ancient king and here at Highclere his statue is a colossal reminder of him – Charles the Great, Carolus Magnus who was crowned Holy Roman Emperor in Aachen Cathedral on Christmas Day 800 AD.

I often wonder if the face on the statue is in anyway similar to the visage of the real man but it would be serendipity were it to be so given the centuries that have passed. There are some similarities: a 9th century contemporary records that he was “heavily built, sturdy, and of considerable stature” “large and lively eyes, a slightly larger nose than usual, white but still attractive hair, a bright and cheerful expression, a short and fat neck.”

Part of Charlemagne’s success was due to his skill as a warrior but he combined this with those of an administrator and ruler and he had a great admiration for learning and education. He enjoyed books and music although apparently, he found it hard to sleep. He was a practical man as well and in some ways was ahead of his time. His religion taught him that life began in a garden, in Paradise, but he took it a stage further and, in order to ensure everyone lived well, he promoted a list of 94 plants to be grown in every city “Capitualre de Villis”. 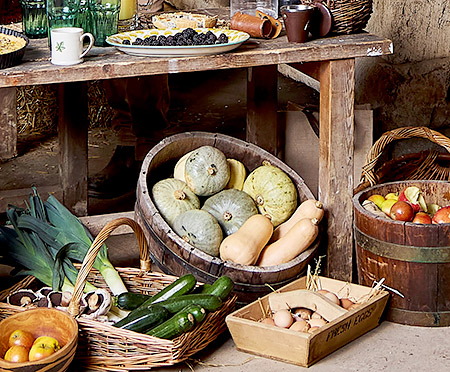 I have included the whole of the list as I find it entirely fascinating: diverse, sensible and offering the basis for a good life both in terms of ensuring a ready supply of food but also in that it stopped the towns becoming too cut off from the countryside. Rural life and work often seems very undervalued today, with the landscape seen only as a place for leisure, for trampling through wildlife on a search for personal benefit.

Just over one hundred years ago a man called Ebenezer Howard developed the garden city movement: communities surrounding the central city which offered areas of residences, industry and agriculture. He inspired people in both the USA and UK but it was here in the UK that it was really put into practice in a meaningful way, most famously in Hampstead Garden Suburb in 1907 and Welwyn Garden City in 1920. 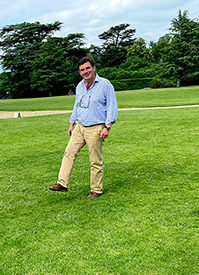 It was all about living a healthier lifestyle after the appalling conditions that developed in cities following the industrial revolution with an emphasis on space, fresh air and access to nature.

Plus ça change – let’s plant, eat well, eat locally, include plenty of vegetables and go for some walks.