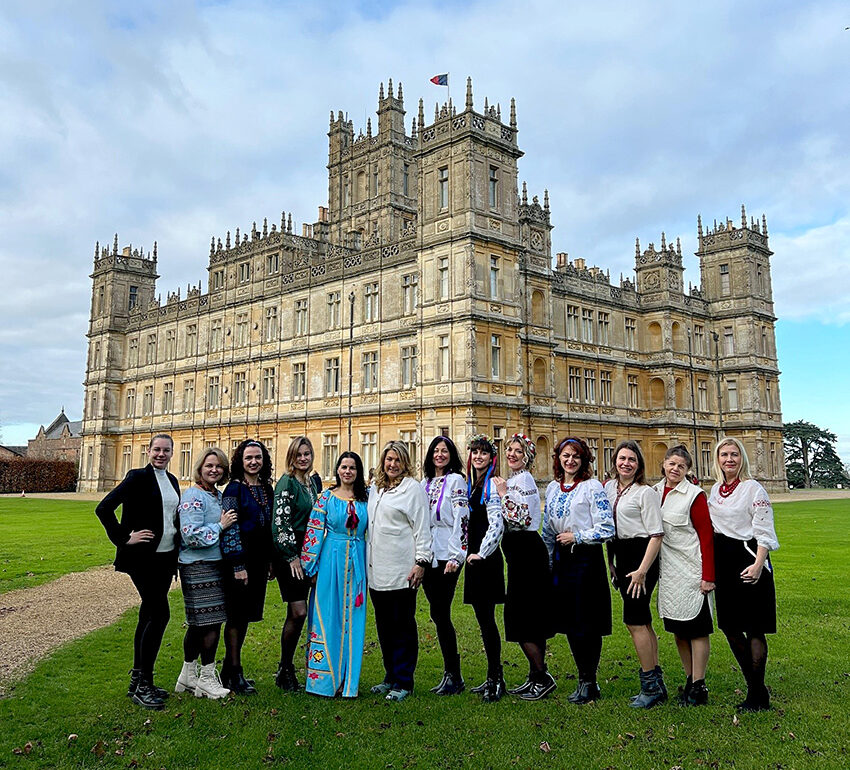 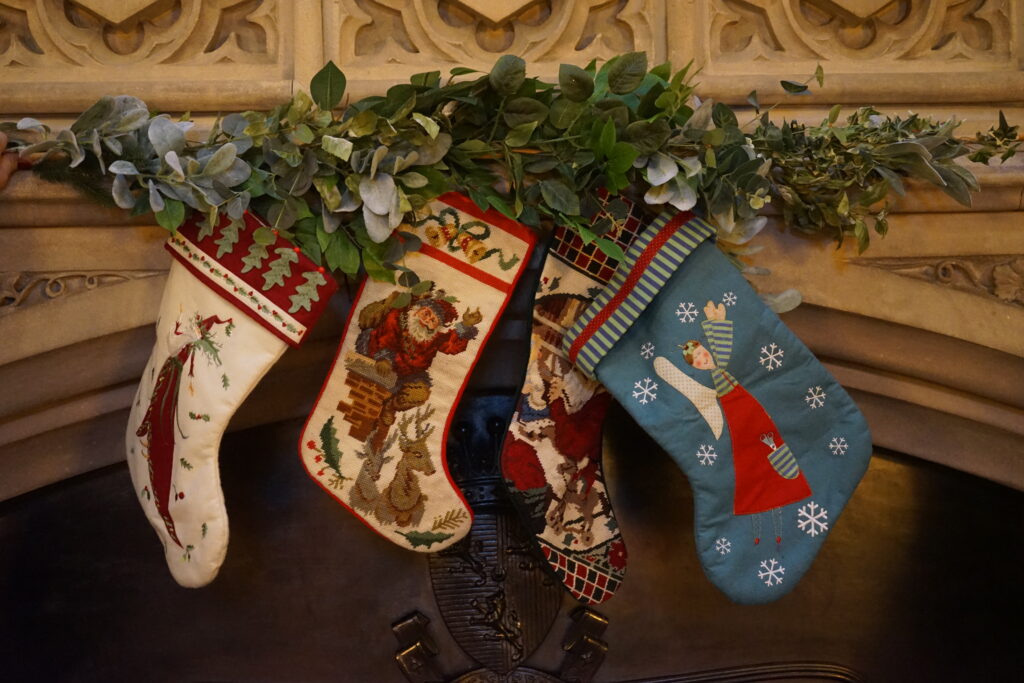 Christmas Day begins, of course, with the excitement of Christmas stockings and the sound of fast moving little feet running around the gallery as my nieces can wait no longer to find out what Santa has left for them. After a slow and noisy breakfast we all gather together to make our way down to Highclere Church  for the morning service. 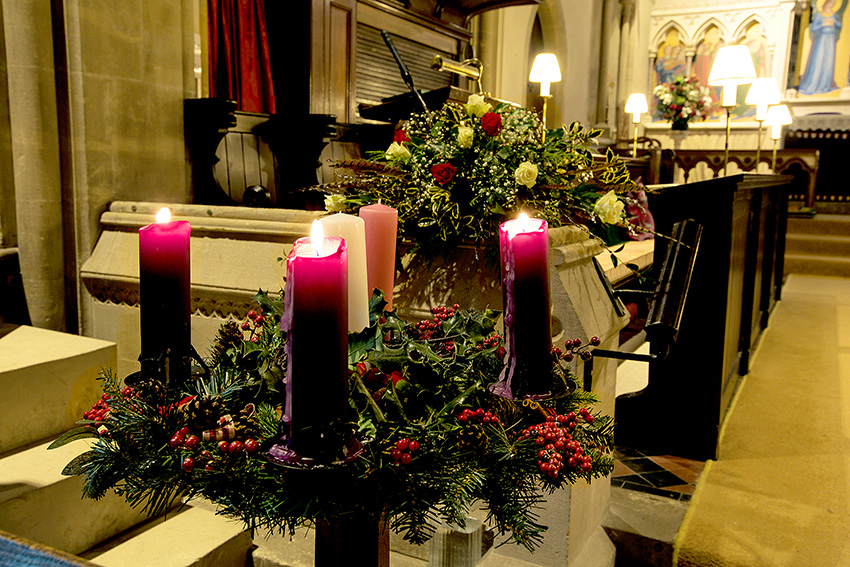 It is always such a joyous event with a  full congregation, full of good wishes and bonhomie. It is something we have not been able to truly appreciate during the last two Christmases of pandemic so was savoured yesterday even more than usual.

The birth of any baby is a joyous moment which everyone and anyone can celebrate, but, Christmas brings us together to honour a particularly special baby. Born in a stable, into an uncertain political environment, his arrival was nevertheless signalled by a blazing star and celebrated by both wise  men and shepherds in their fields. 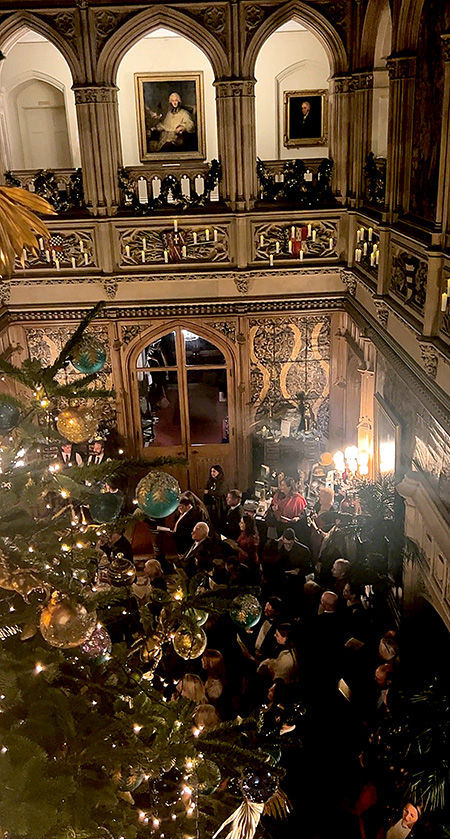 Yesterday we sang songs of praise together in church in what is a wonderfully complete antidote to much of today’s gloomy news, social media and press comments.

Singing and music has had deep roots in our human culture throughout recorded history. Listening to, enjoying or playing music can trigger a multitude of emotions: pleasure, sadness or comfort, but in listening and connecting with memories, it touches us deeply and in turn can change our moods. More than 30,000 years ago early humans were already playing bone flutes, percussive instruments and jaw harps and since then almost all known societies throughout the world have had music. Indeed, our appreciation appears to be innate in that infants as young as two months will turn toward harmonies or pleasing sounds.

Music engages many areas distributed throughout the brain, including those that are usually involved in other kinds of cognition. Past conversations can suddenly be effortlessly remembered along with visions of friends or relations not seen for years. Music has been defined as “an art of sound in time that expresses ideas and emotions in significant forms through the elements of rhythm, melody, harmony, and colour”. This seems particularly apt at Christmas which, as well as being a time for joy, is so often surrounded by swirling emotions. 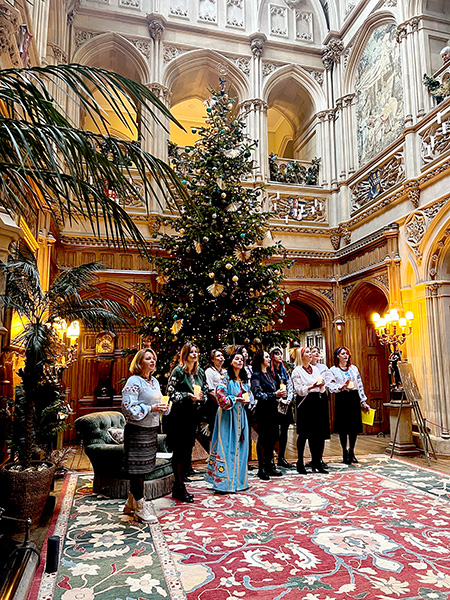 It is said that sound is often one of the last senses to leave us. People talk or play music to unconscious friends or relatives as a way of reaching out to them when all else seems pointless whilst parents will instinctively croon to tiny babies to comfort them.

Carols, in terms of religious songs celebrating particular events, have been around for centuries but really came into their modern, recognisable form during the 19th century when they began to be collected together and printed in books or pamphlets. It is thought that the concept of a Christmas carol service was invented in Truro, Cornwall in the 1880 by Edward White Benson, who later became the Archbishop of Canterbury.

As a result, many of today’s most popular carols are dignified, melodic 19th-century lyrics and tunes with  rich harmonies and Christmassy bells  and brass abundant. They do make for wonderful singing for all age groups.  Carol singers have been part of many of our events here in the last three weeks. Without doubt, however, one of the most memorable mornings was when a group of extraordinary women  – refugees here from Ukraine  – sang both their and our traditional carols,  touching  our heart strings. Another evening we welcomed  back the British military wives choir, who were last here in 2019. Thank you all so very much. 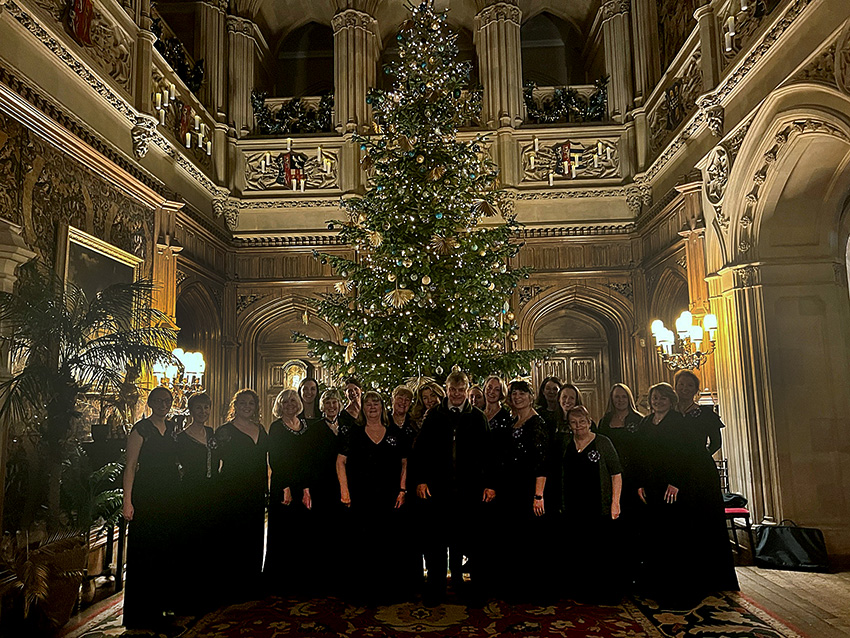 On that note  may I take this opportunity to wish you all, wherever you are in the world, a very Happy Christmas from all of the Highclere team.

“Hark. The herald angels sing, Glory to the new-born King.”