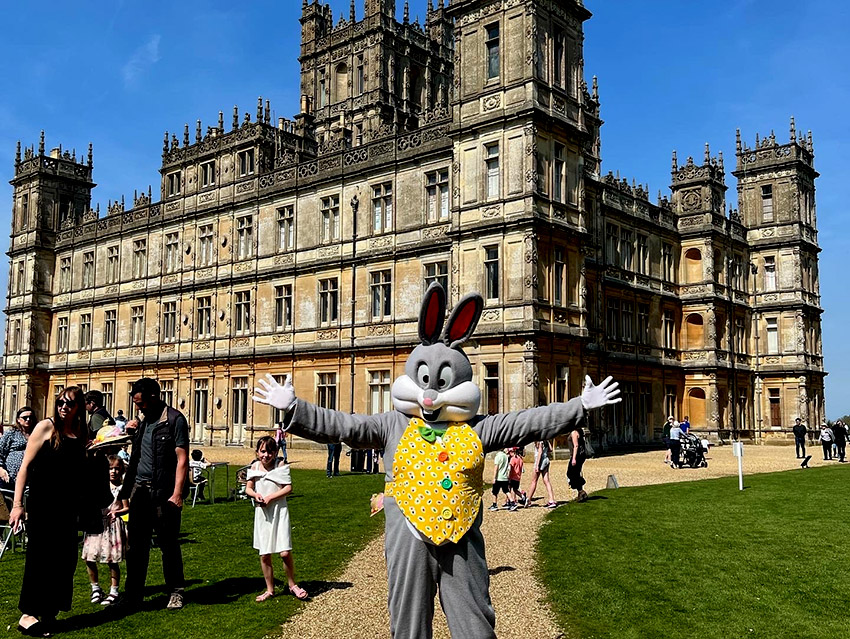 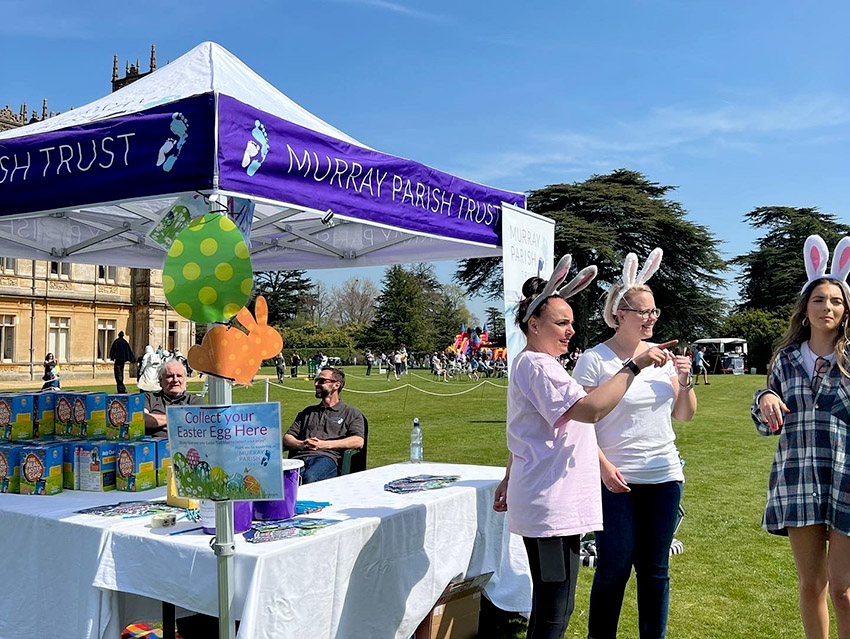 These days, for many of us, Easter is associated more with an Easter bunny bearing little chocolate eggs than its original religious celebrations. Sometimes the bunny is, in fact, a Hare, in real life an entirely different animal, which apparently originates from German folklore where it has a role rather like Santa Claus and is called the Osterhase. Good children receive gifts of coloured eggs in the nests that they made in their Easter bonnets. 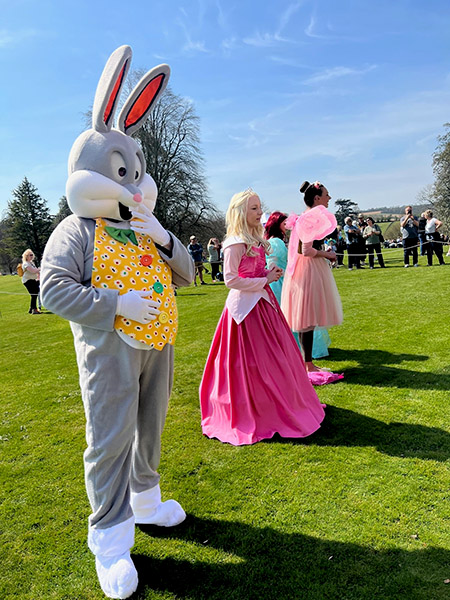 Some twelve years ago we began to create an Easter trail and over time it had grown in to a day out  for those who live locally.  Paul Mac (from the car parking team) kindly offered to become Highclere’s Easter bunny during this weekend’s Easter egg hunt. Given he could not see out of the costume very well, he was squired round the gardens by various of the office girls who also carried the basket of coloured chocolate eggs and they were instantly popular whereever they stood, for both photographs and chocolates. 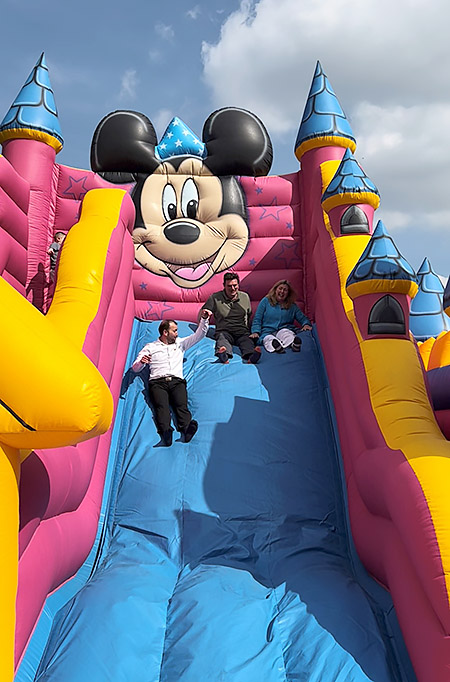 I think everyone, at any age, rather likes a treasure hunt and, at the end of Highclere’s trail which involved a good walk with an accompanying questionnaire and a sharp pencil, every child received an Easter egg. There was also a bouncy castle and slide which, at the end of a long and tiring day, was a bit of a release for team Highclere to indulge in as well.

At 12.30, the Easter bonnet parade was an impossible choice. Every entrant received an egg for their efforts but there were so many works of art that, in the end, I recruited twelve judges to help me with the prize giving for the various categories. The twelve judges comprised three princesses, four stormtroopers, the Policeman on Stilts, Sarah Parish, Jim Murray, the Easter Bunny and myself. Quite a collection! 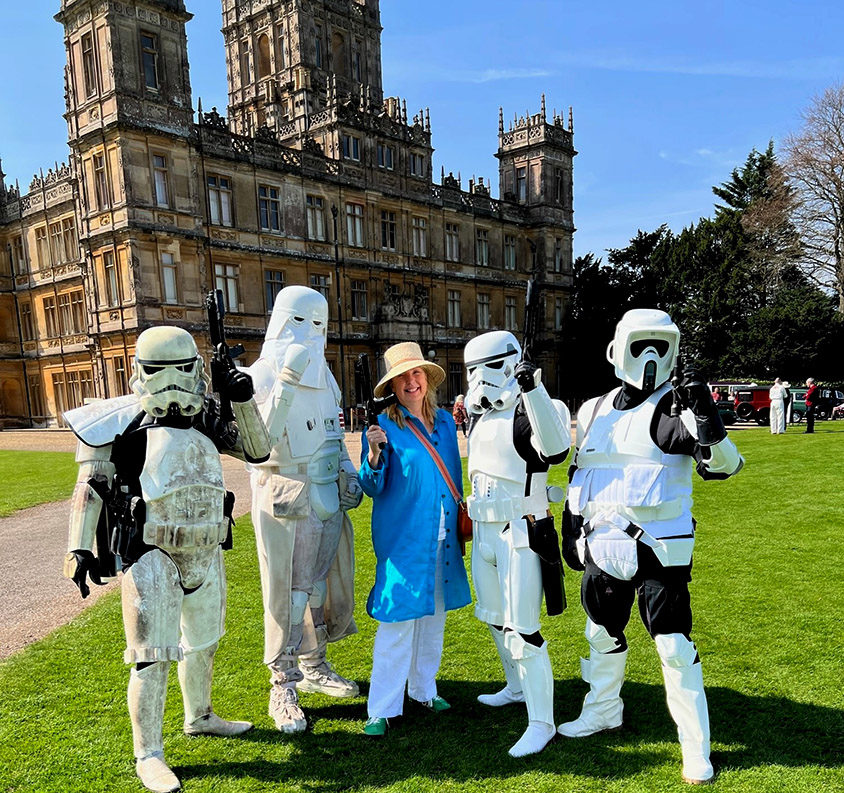 These were all part of the kind team who came together to help create a fabulous family day out at the heart of which were Sarah and Jim, the founders of the Murray Parish Trust which was our charity for the day. They are an amazing couple, professional actors in real life, who raise money for the practical support of children affected by major trauma at key hospitals not far from here. 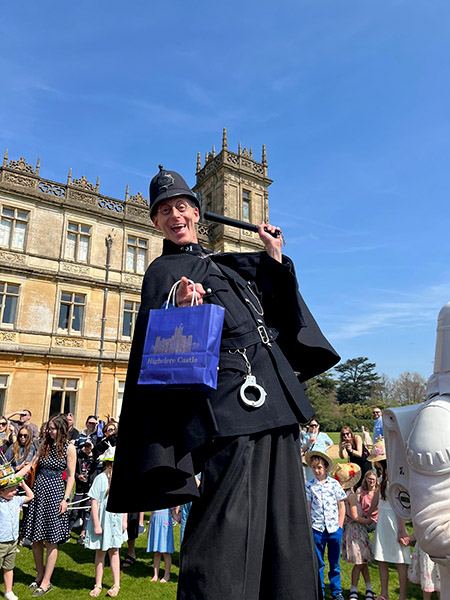 As is usual with most cultures, Easter is a mixture of folklore and religion. Eggs were associated with spring and with new life and are therefore often decorated in shades of green to represent the new foliage emerging after winter. Early Christians adapted this idea and the egg became a symbol of the resurrection: the empty shell a metaphor for the tomb of Jesus closed by an impossibly large stone. The following morning, however, Mary finds it rolled back, nothing is impossible. 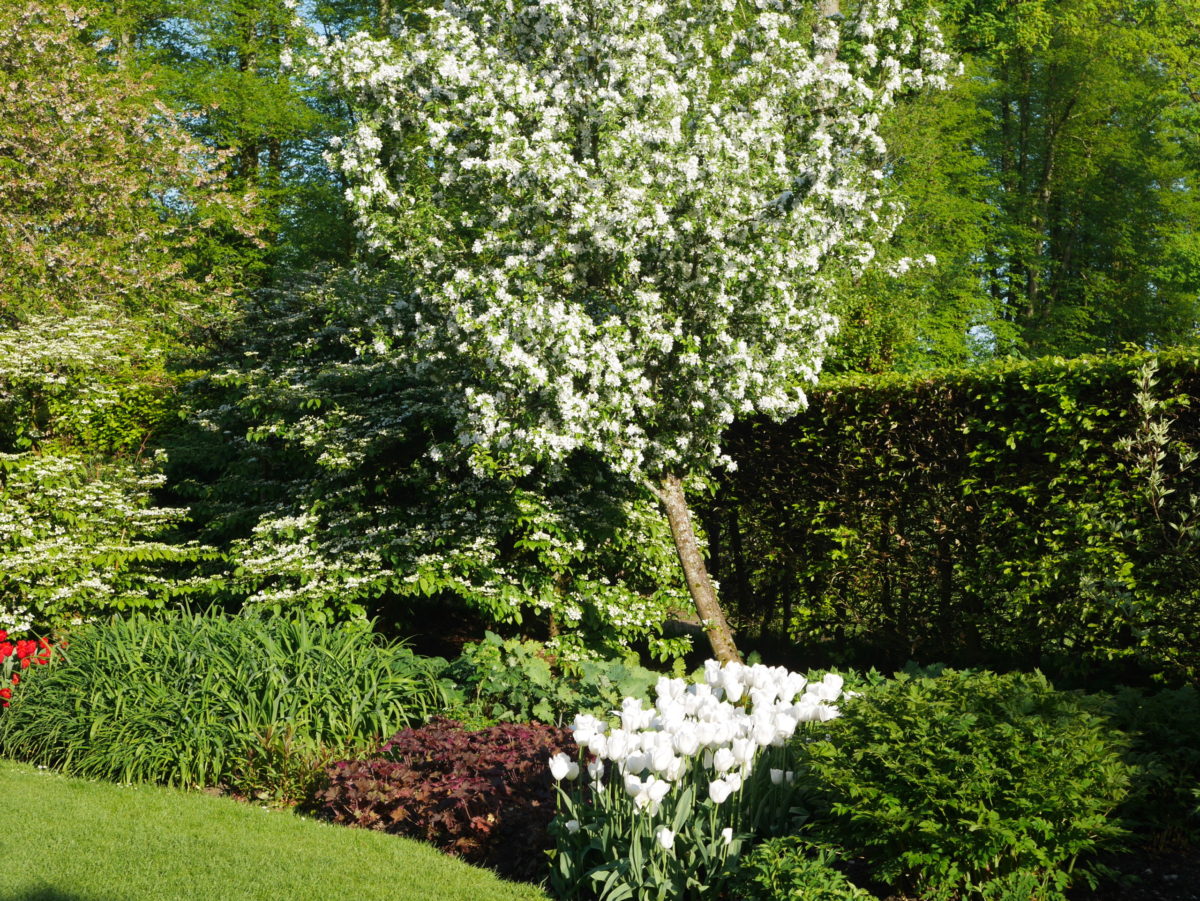 For some countries, Easter is the most important celebration in the Christian calendar with the hope of the resurrection of Christ being given greater prominence than his birth at Christmas. It is a strong tradition in Ukraine where all our thoughts are at the moment, praying for peace and a cessation of hostilities so that the land and communities can be resurrected and rebuilt.

Whoever we are and where ever we find ourselves, at this time of Easter and the Passover and the celebration of  Ramadan, may everyone may find hope and peace.