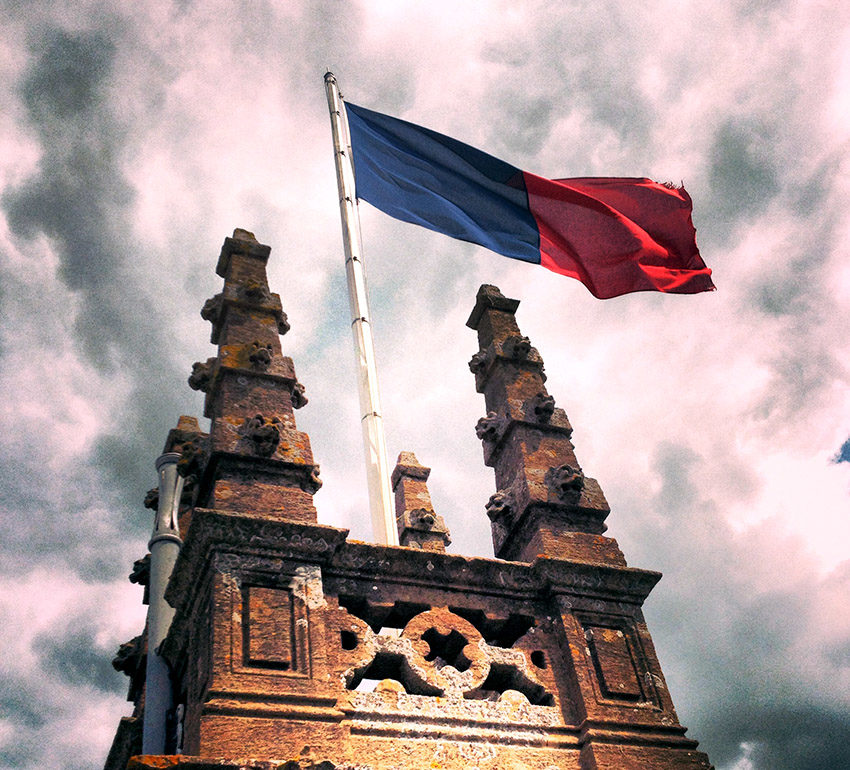 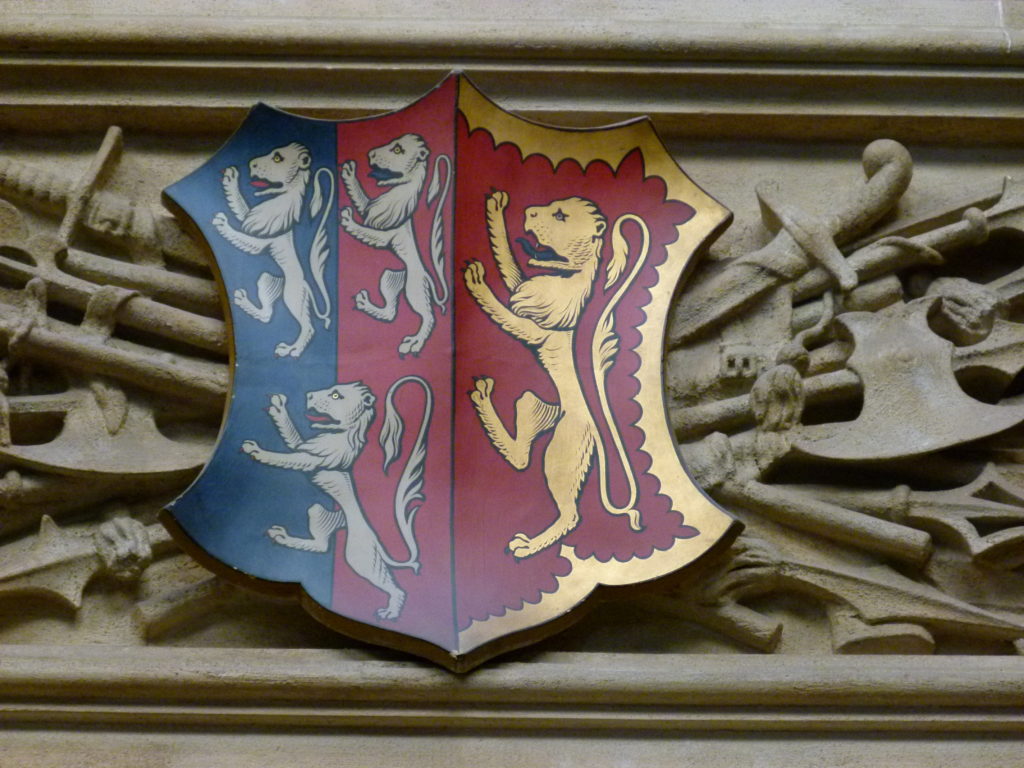 A favourite question from visitors as they walk up the drive looking at the remarkably familiar building silhouetted in front of them is what does the flag mean and why those colours? The short answer is that it is to do with the grandeur of the home and the colours in my husband’s coat of arms which are blue and red.

These two straightforward colours have proved rather useful in the modern world, giving us themes for our branding and gift shop packaging. More seriously, part of the purpose of a flag is as an emblem or device. The word derives from a piece of cloth and flags and banners were used mainly in warfare. To some extent they still remain as insignia of leadership and for display: certainly, at a more national level, flags remain the symbols of countries, kings, organizations, cities, and guilds and are deeply honoured. 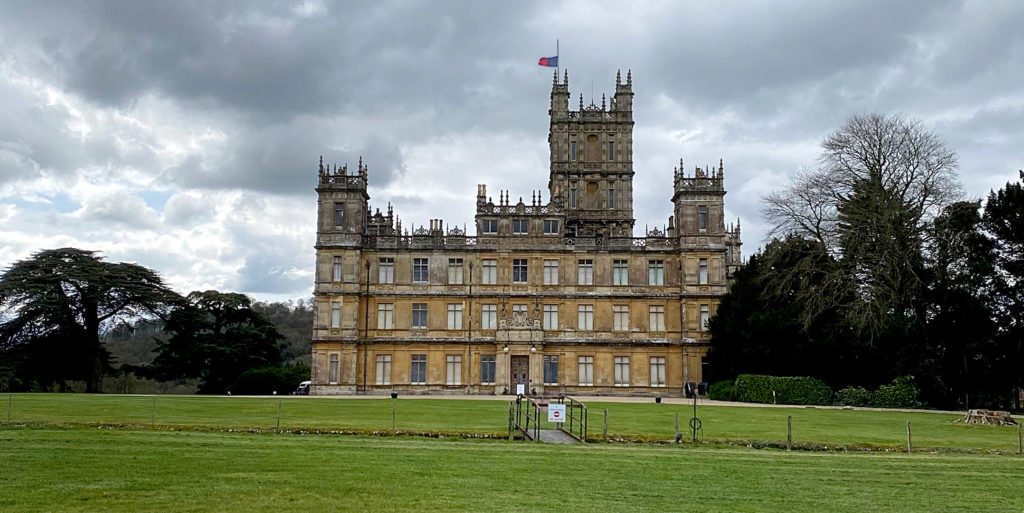 Equally, they have been, and in some situations still are, used as a form of communication. For example, a yellow flag was the signal for infectious illness: a ship hoisted it to denote that there were some on board suffering from yellow fever, cholera, or some such infectious malady and it used to remain hoisted until the ship had passed quarantine. 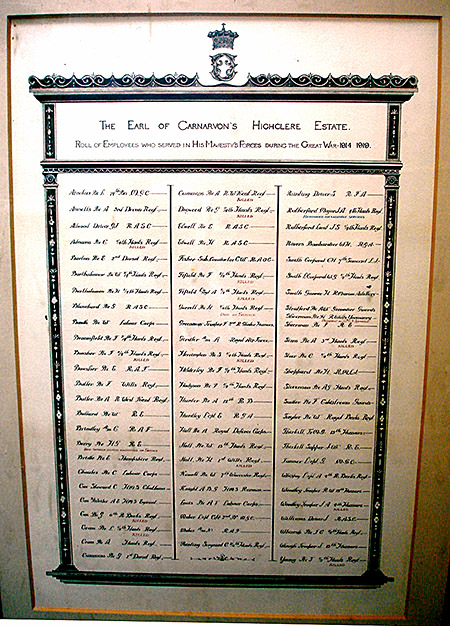 The Roll of Honour from the First Word War

The British flag, the Union Jack, is a diplomatic statement in that it incorporates the crosses of St George (England), St. Andrew (Scotland) and St Patrick (Ireland) whilst the white flag is universally used as a flag of truce. To denote honour and respect, a flag is “dipped” and a flag flying at half-mast is the universal symbol of mourning as happened most recently in this country on the death of Prince Philip.

Of course, the other powerful symbolic manner to honour the dead is silence. At the 11th hour on the 11th day of the 11th month – November – we all stop to remember the silencing of the guns on the western front, the end of the war that was supposed to end all wars. It is a rare community moment and can invoke thanksgiving, pride or grief, a collective moment of peace to honour those who gave up their lives in that conflict and all those that followed.

Over a hundred years later, first-hand knowledge of the First World War has faded and it is those who fought in WW2 who are now asking us not to forget. The symbol of Remembrance Day, the red poppy, still remains, epitomised by the Canadian poet John Macrae: 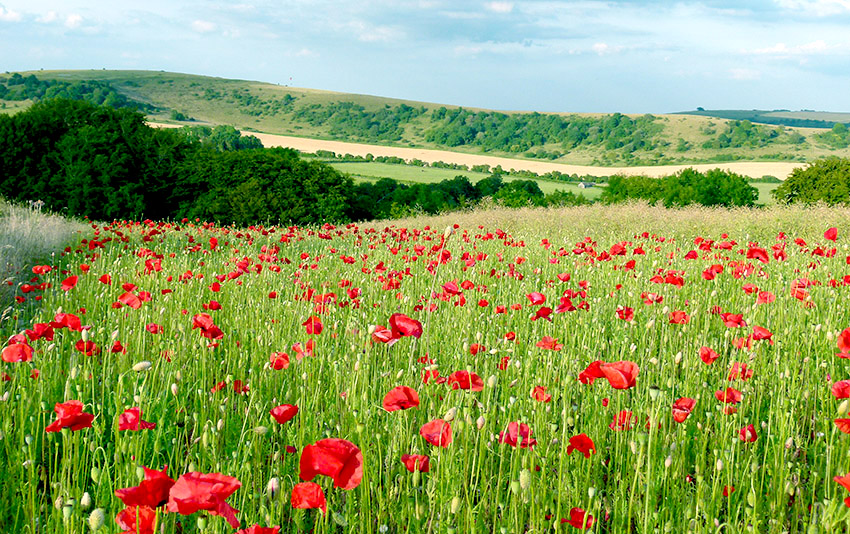 In Flanders fields the poppies blow
Between the crosses, row on row.

Whether John Macrae knew it or not, the poppy has an appropriate life cycle: it sheds its petals after just a day, but nature is extraordinary and over the course or three or four months, each plant will produce more than 400 flowers in succession. 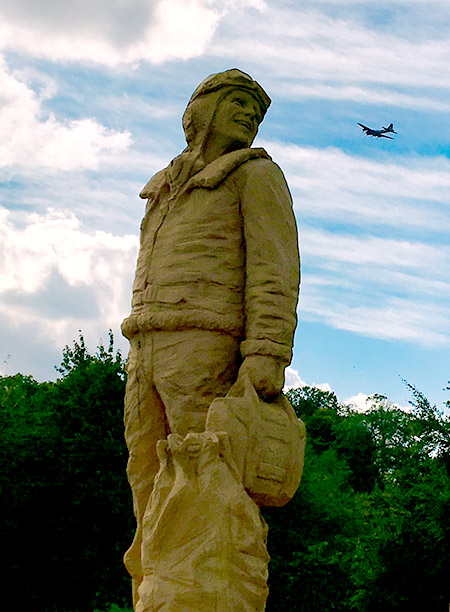 As winter starts to take hold on the estate, I take the Seasons at Highclere journey into the past, into the lives of the families who lived here four thousand years ago, when the poppy is thought to have first arrived in the UK, possibly from the Mediterranean, as seeds attached to goods imported by British Iron Age farmers. They, in their turn, buried their families and heroes with care and distinction in tumuli which can still be seen here today. 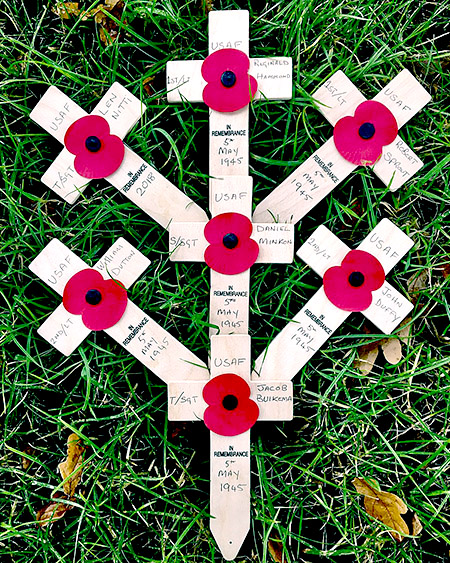 Lest we forget those we love as well as those who we did not know but who we honour for their sacrifice, it is an emotional day.

At the end of it, the Carnarvon flag returns to the top of the flagpole although the process to achieve this is not straight forward. It involves John the Castle Manager climbing what sometimes seems to be an infinite number of steps and squeezing himself into a rather tight space which always seem to be particularly exposed to the wind whilst uttering a non-stop commentary about how he is progressing. A moment of light relief for the rest of us.