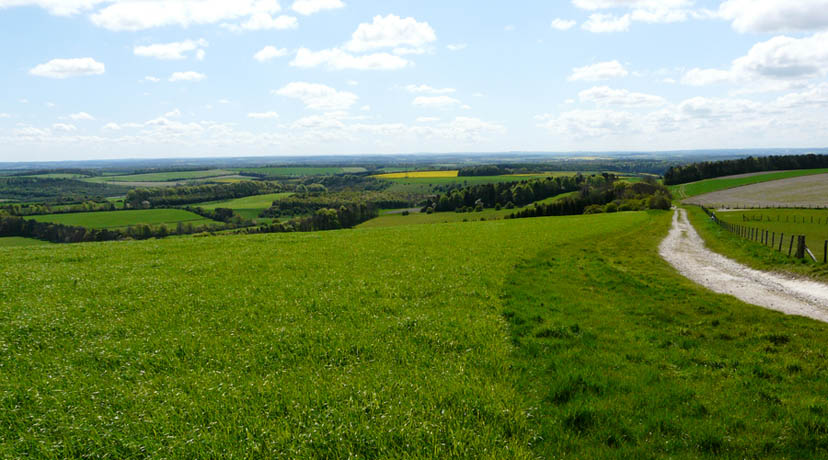 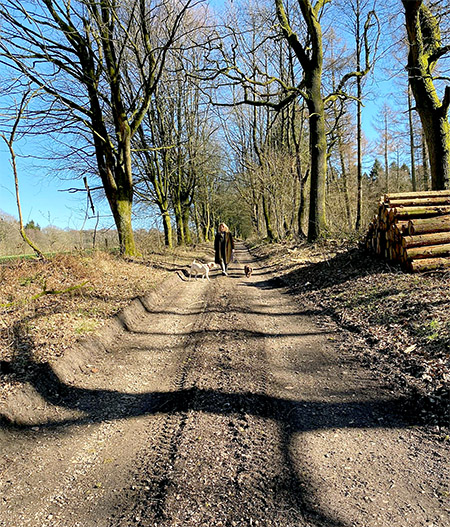 Sometimes when I need to clear my head, I like to to go for a walk up on the chalk downlands where the sky always seems bigger and perspective easier to find. I find it reassuring that the tracks I follow have been formed by millennia of repeated human steps since this area was first settled thousands of years ago. Stella and Freya pad quietly by my side, following a route that hasn’t changed fundamentally for a very long time.

This particular chalk escarpment, the North Downs, which forms the backdrop to Highclere, runs towards the south eastern counties, then dips down under the English channel before reappearing in France. There, the same landscape and soil which is also here at Highclere is renowned  for the outstanding vineyards  in the Champagne region. Now, vineyards have also begun to develop along the farming landscape in this part of south England. 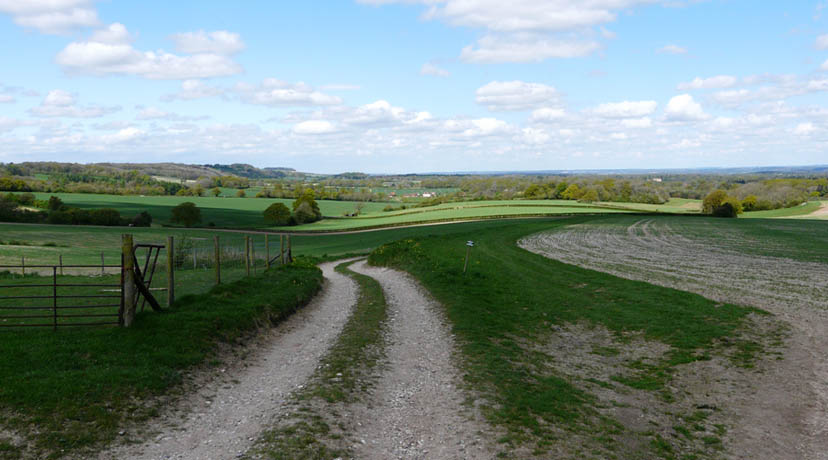 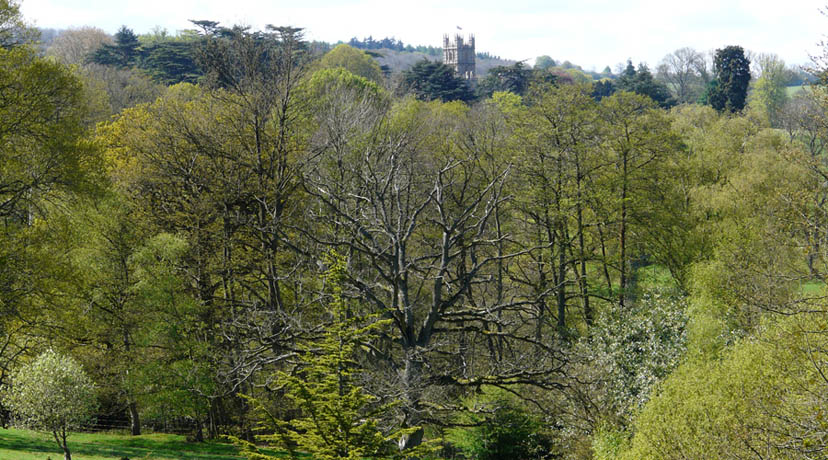 Typically these chalk escarpments have a gentle slope on one side and a steeper slope or scarp on the other. The chalk beds are good natural aquifers and it is  the calcium within the rocks that makes the water so good for us all to drink. The thin soils made it more possible for early settlors to till, as their tools lacked the strength of modern ones but these days its better used as pasture. 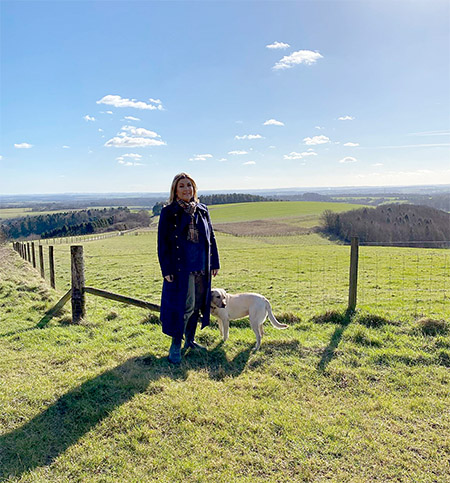 Moreover, each square metre of chalk downland may support up to 40 different species, which means they are incredibly important in terms of diversity. Today, this semi-natural habitat is maintained through sheep, cattle and rabbit grazing which prevents scrub encroachment and the fine, short, springy turf is known as old chalk grassland. Trees only tend to grow on the steepest part of the hillside where our predecessors did not cut them down.

The word “down” comes from the Anglo-Saxon word Dun or “hill”. Human settlements within the downs  (as at Highclere) were created within the sheltered valleys and at the foot of the scarp slope. 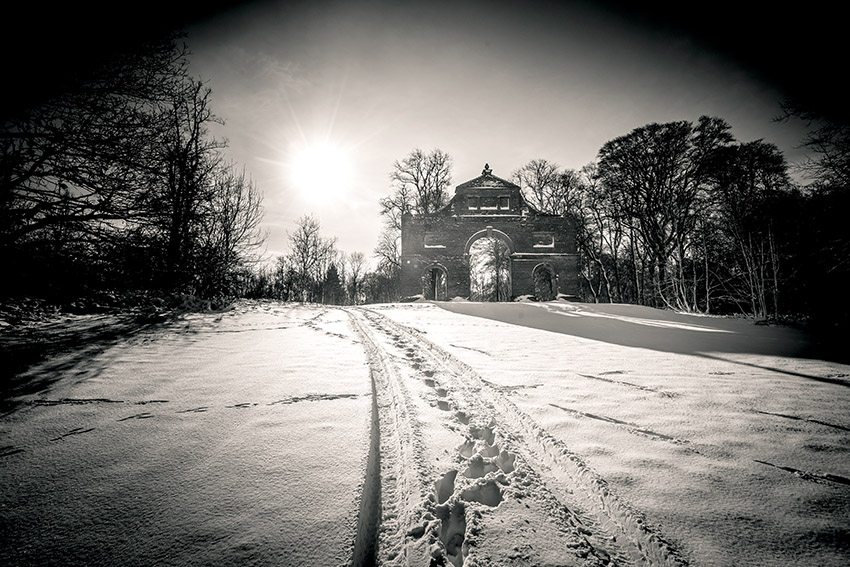 In many ways, little changed on these down lands for hundreds of years until the Second World War. Due to the desperate need for food at that time, much of the grassland was ploughed up for arable farming, fundamentally changing the landscape and ecology. Today, however, at Highclere it has once more reverted to acres of permanent pasture, downland with a patchwork of fields bordered by hedges and wild flower margins. 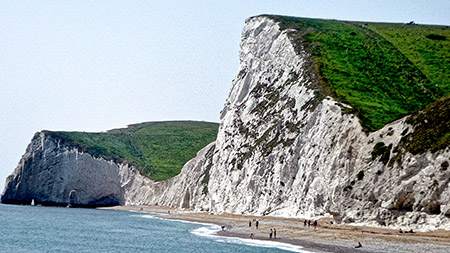 Pathways and tracks linked these ancient settlements and are still there to be followed and walked. Further south from here, there is evidence of even older footprints. Ancient fossils have been found in  the Jurassic limestone cliffs in Dorset and, like many other families, I and my son (when much younger) spent happy days looking and finding nothing, though others have found fossils with parts of a dinosaur skeleton and their footprints.

Footprints have taken on other meanings in the last few years as we have become more aware of the impact of human populations and lifestyles on this planet. A new term carbon footprint measures this negative imprint which may well end up being the biggest challenge of all. It will all be down, in the end, to the steps we take,