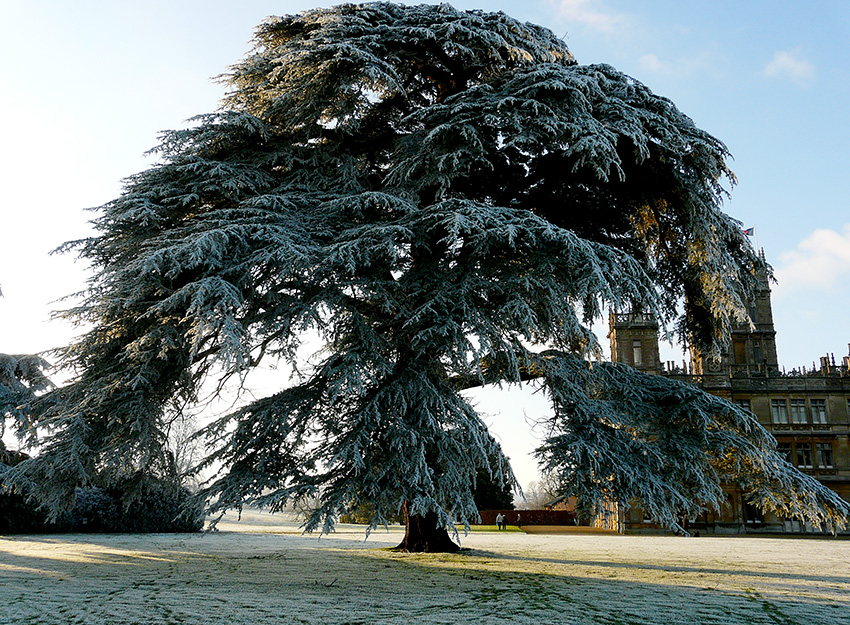 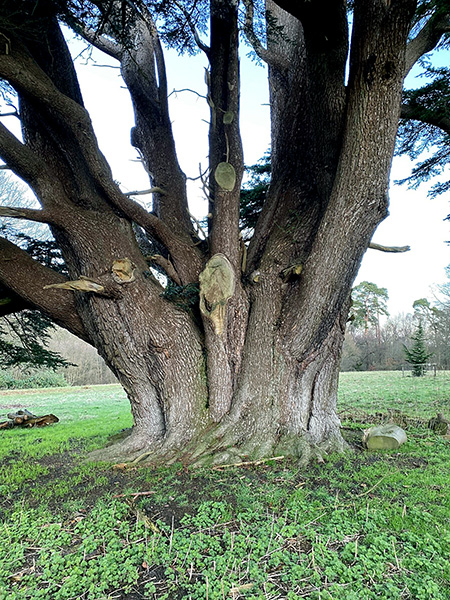 The cedar trees planted in the lawns around the castle, as well as across the parkland, are not native British trees. The cones were brought back to Highclere by the 18th century traveller Richard Pococke who had admired these extraordinary trees in their native Middle East and collected as many cones as he could carry to bring home. 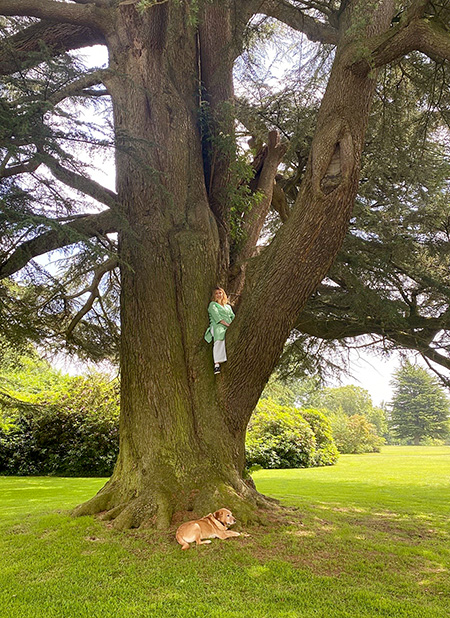 3D Filming for Friends of Highclere – explore this cedar with me!

In their native Lebanon, and other dry Eastern Mediterranean countries, these ancient trees formed extraordinary forests where they were once the wonder of the world, hence their name Cedrus Lebani although sadly they are significantly reduced in number these days. There are three other variations as well : Cedrus deodara, atlantica & brevifoilia.

Due to the British climate, cedar trees grow rather well here, almost more so than in their native forests, spreading their branches above green lawns, majestic, large and really very high. There are consequences, though, to this enthusiastic growth: during the strong British wintery winds, their height and the massive branches full of evergreen needles mean that they can get whipped around making the limbs crack and break. In such weather they recall fearful lines:

In the winter landscape, oaks and beech stand silhouetted in their bareness but the cedars offer us some colour – that lovely strong dark green. As January winds rise and fall, their branches relax and move with the gales which we have been having ample experience of over the past two weeks. Neither they nor us can fight the weather but both somehow adapt, it is about give and take. 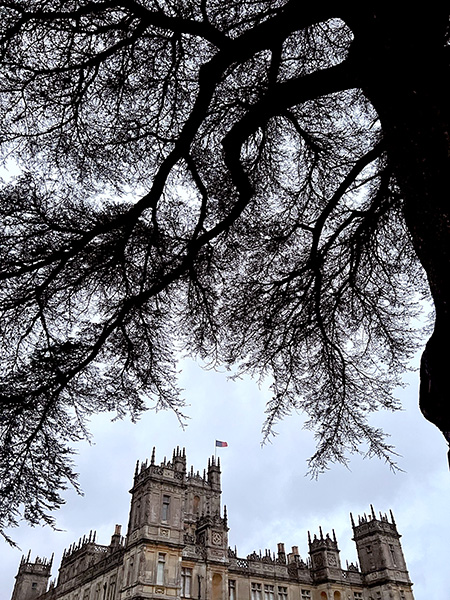 Newly planted trees are more likely to survive than their older brethren as they have fewer branches. Like any other sapling, at first they seem to stand entirely still in terms of growth as their roots begin to find their way through the earth. In recent years we have planted several such young trees to replace those that have fallen and it is easy to become impatient with the timescale when you remember the majestic size of the previous trees. Pausing to look more closely though, I can see how the young trunks are thickening, gaining immunity to disease and other challenges from their other older neighbouring  specimens through  linked mitochondria.

As for all of us, it is not just a matter of growing taller but growing well with latter of almost more importance than the former. There need not a be a hurry. To survive, you need strong roots and a sturdy base. 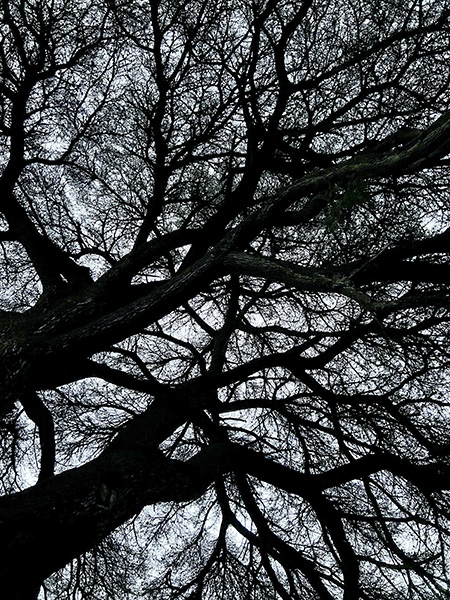 For many, trees such as these are simply seen as a nice frame for a photo or useful shade to sit under in the summer, to enjoy their special atmosphere or to sit and stare upwards as they sway in the wind. Even the sheep or horses at Highclere find them useful for that. But without these extraordinary trees, our landscape here would be a poorer place. They provide an iconic silhouette that matches that of the castle itself. 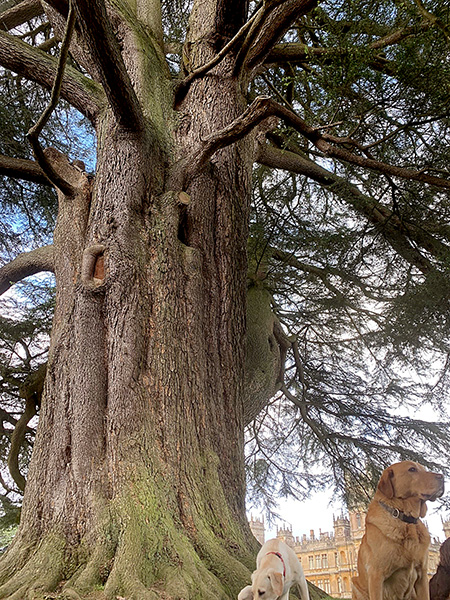 And then there is the wood they provide, what they give: fragrant and long lasting. wood for building, for temples, boat building, musical instruments and decoration inside and out.

In general we use wood for homes, for logs, tools, weapons and paper. It is an extraordinary  resource, one that gives and one we take.  Above all trees allow us to breathe and as such should never be taken for granted.