Go gently into the night 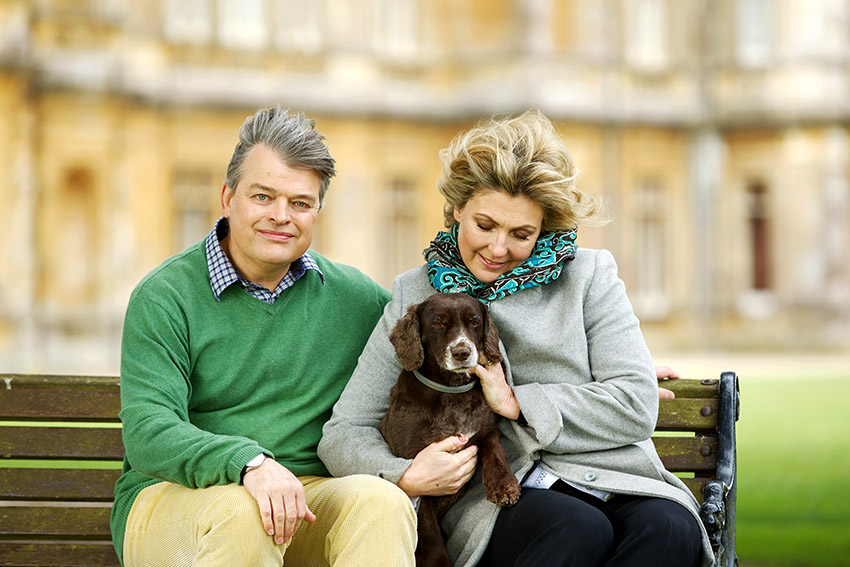 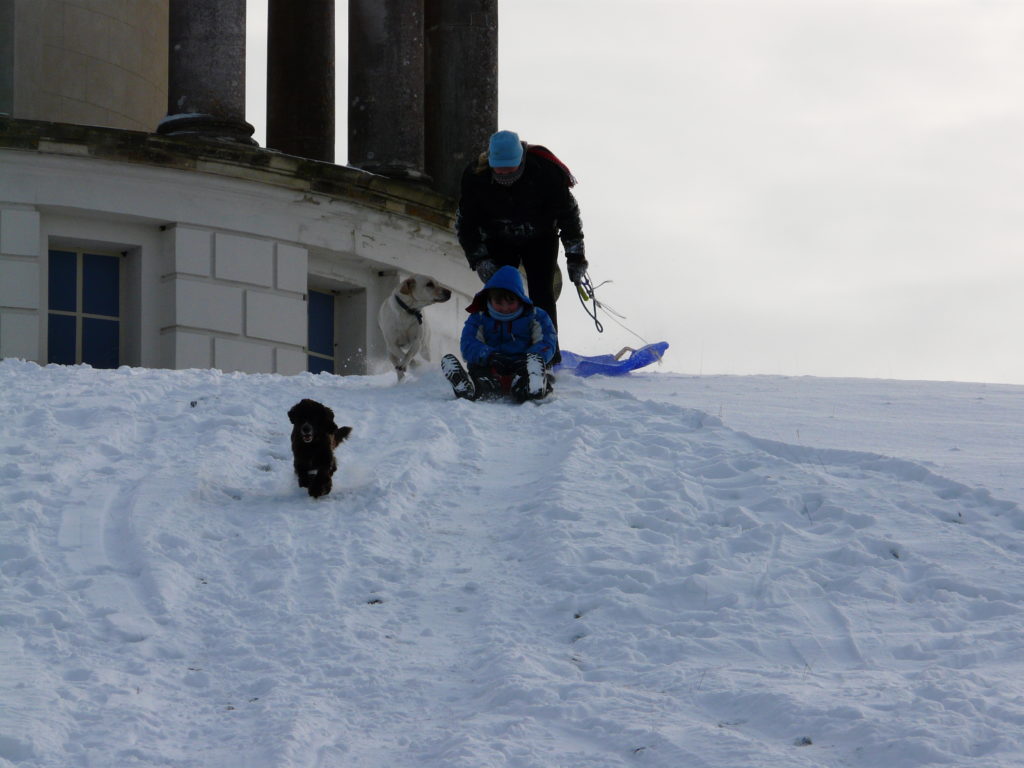 Sixteen years and six weeks ago, I slipped quietly out of the house early on Christmas day morning armed with a wicker basket and some tea towels. I drove down to Eddie and Val who worked for Highclere and live close by. Returning swiftly, I quickly tied a pink ribbon onto the basket and went back into the Christmas stocking chaos of the morning.

I put the basket on our bed with my six year old son and my husband. My gift to them was a tiny chocolate coloured working cocker puppy with white markings on her nose and chest. They called her Rosie but, as she was only six weeks old, she had to return to her mummy for another two weeks before she came to us as her forever home. 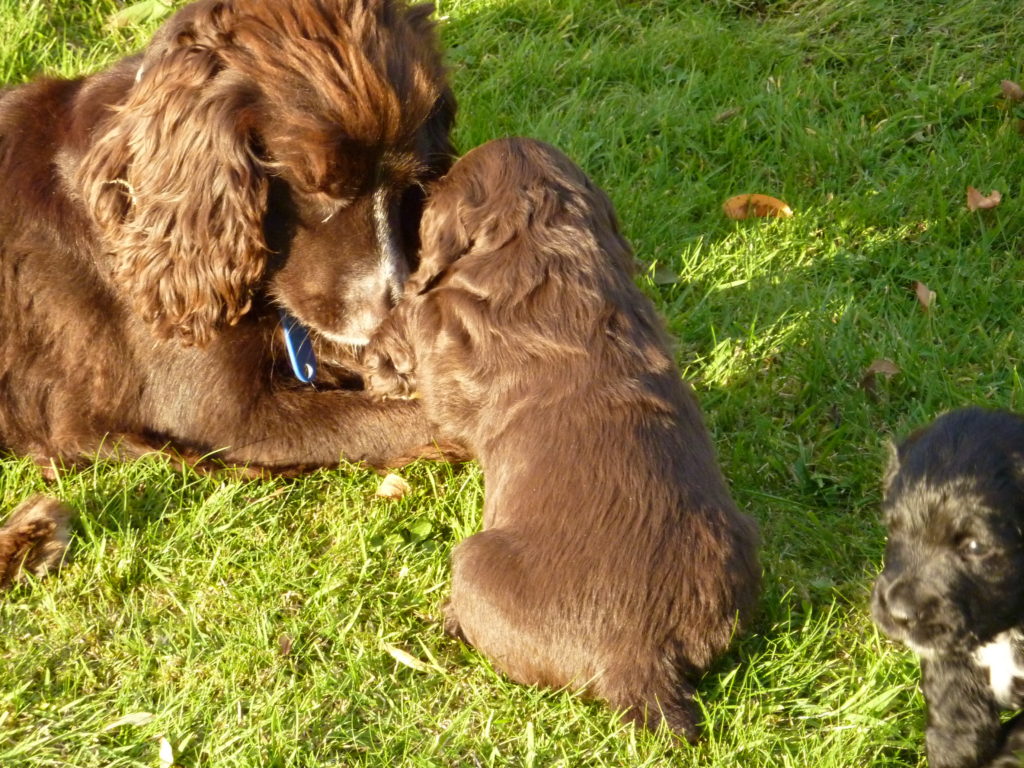 Whilst Labradors are just large bundles of love, my son had always wanted a dog he could put on his knee although he had no idea that I was going to look for a second dog to go with our large yellow Labrador, Percy. It was a complete surprise.

My father-in-law had had a marvellous, immaculately trained spaniel called Mango and one of my sisters had what I would call an enthusiastic spaniel called Lotty who our mother would find herself in hot pursuit of, calling out determinedly, in Kensington Gardens. 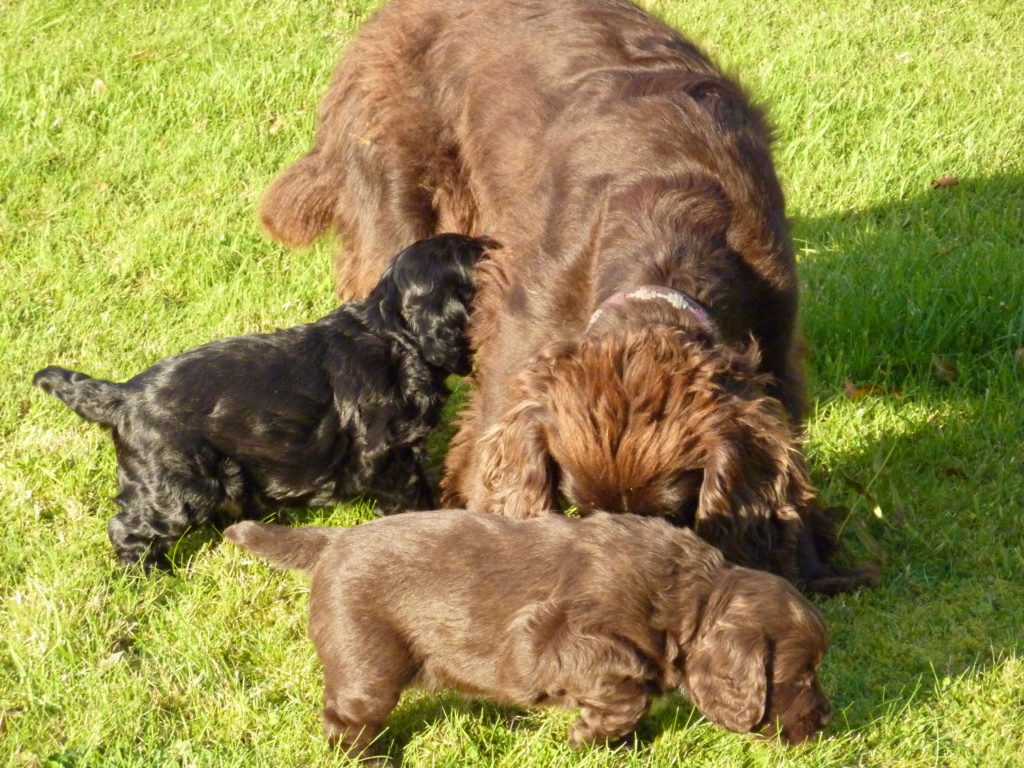 Rosie was a clever and adorable little dog. Sometimes she would sleep with Eddie and sometimes with Percy and she bought such joy on our walks. Five years later she had four puppies. Sadly, two were stillborn so I obviously had to keep the other two and we named them Clemmie and Winnie. Another five years on and she became a granny and in her older age became a recognisable figure with her cool punk rock fringe as she pottered round Highclere with both her four legged and two-legged family. 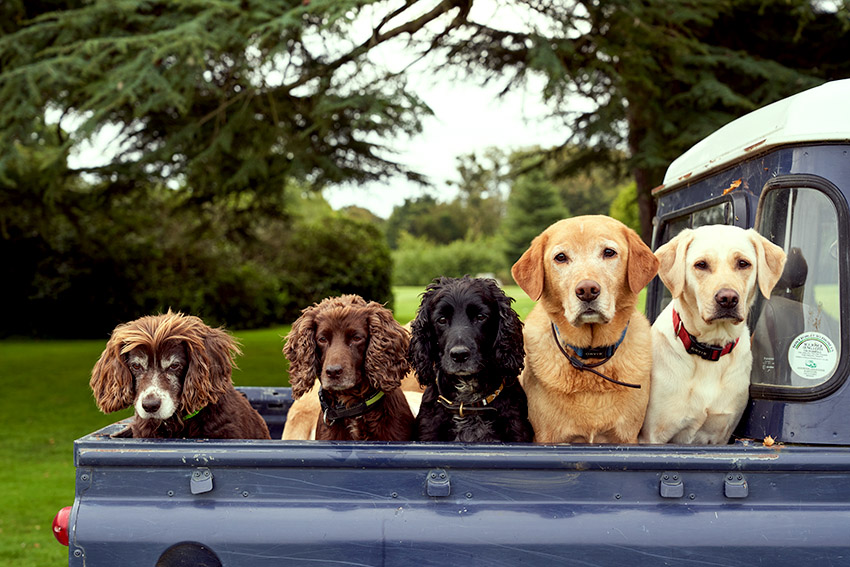 All spaniels love hunting and have excellent scenting abilities taking them at speed into prickly bushes and shrubs despite their long ears and feathers on their legs. They are remarkably robust and tough. Every day is the most exciting day, every morning the best morning and so they usually go about their business at a flat-out rate. They are so good for the soul and have been such a reminder for me, as I am sure for many of you, that we will make it through the challenges of the pandemic, those of mind and spirit as well as business. There will be another day and, in the meantime, we need to get out and enjoy this one. 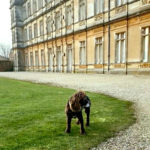 Over time, walks with Rosie became far less frequent and quite short. Her sight and hearing gradually deteriorated but she still enjoyed her food (which I would soak overnight to soften it as her teeth were not very good either). Nevertheless, this funny little figure, bouncing along a bit like a teddy bear with her slightly wonky back legs and her determination to spend each day as she wanted, was a beacon and a daily reminder to live life to the full. 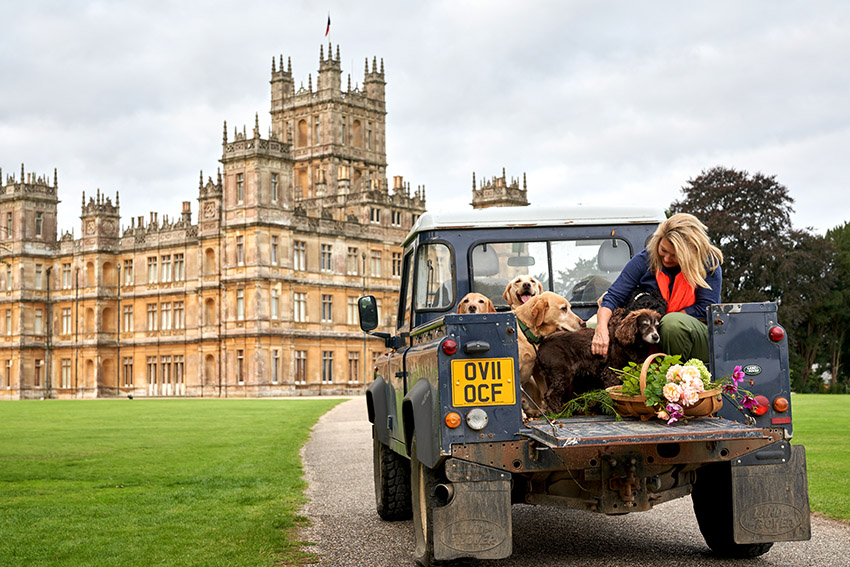 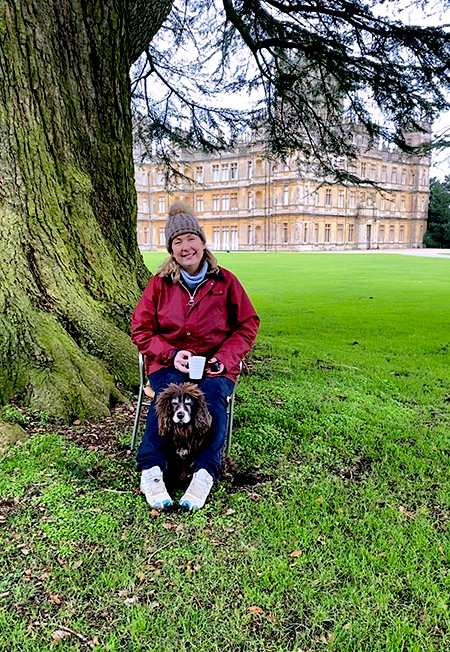 Over the last few weeks Rosie’s back legs got worse but she seemed fine in herself and thus we continued until Sunday. Despite the fact that we all know that death comes along for all of us, it is still so achingly painful. Something else went wrong somewhere in her spine and so it was time, in tears, to ring the vets. Matthew, one of the Highclere team, so very kindly drove me so that I could hold her on her last journey. Many of you with dogs will know this moment – the phone call, the advice, the terrible decision – our four-legged friends give us so much unquestioning love and support.

Neither my husband nor my son were here  so, just as I made that first journey with her on my own when she first came to us, so it was just the two of us for our last goodbye as she went gently into that good night.

(Just a PS  – thank you all for your kind comments below , I cannot reply back as I am in tears so please forgive me)