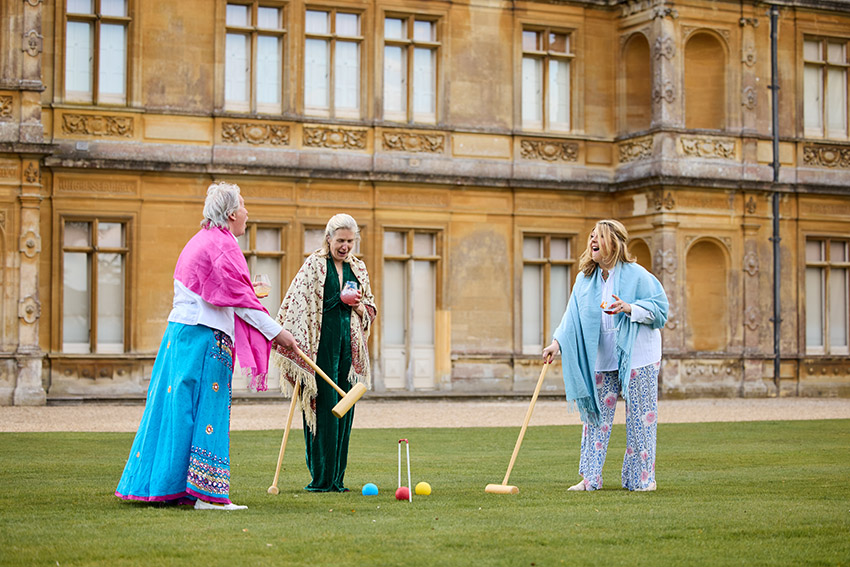 Imagine a croquet lawn which is not entirely flat and which has a small pond and a willow tree on one corner boundary. Many a fearsome match took place here after summer lunch with an enormous inbuilt advantage to the home team – in this case, my parents. 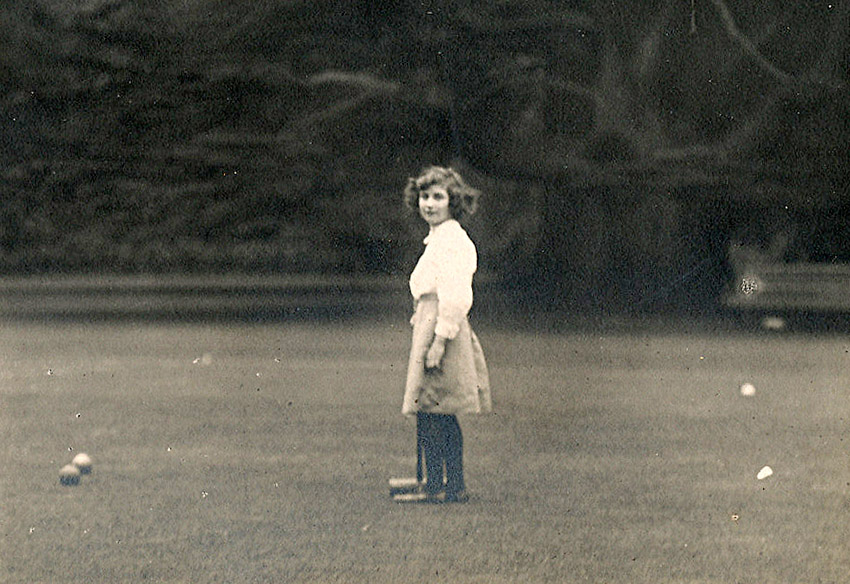 This particular type of croquet – Golf Croquet – is played in two teams. One team plays the blue and black balls, the other the red and the yellow balls. The sequence of play is blue, red, black, yellow. The first person through each hoop on the course wins a point for their team, whereupon everyone rushes off to the next hoop. The hoops are played in a traditional format: go around the outside four hoops, through the two middle ones and then back through the first four in the reverse direction. The international rules of association croquet state that the court must be 105ft long by 84ft wide which is possible at Highclere but certainly not possible on my parents’ holiday version. 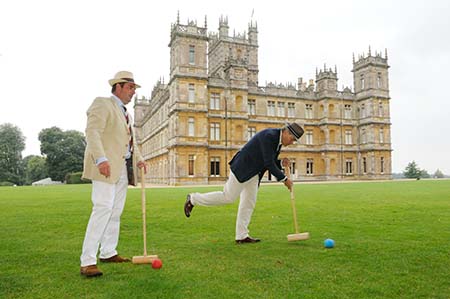 John the Castle Manager and my husband demonstrating balance!

You will therefore not be surprised to hear that one of the first things I did when I came to Highclere, rather too many years ago now, was to buy a new croquet set for the Castle. Whilst we play it ourselves from time to time, we also set it out for many of our events such as the Magic of the Movies weekend or the Highclere Festival. Sarah from the gift shop is a keep player and she is invaluable in helping our less practised guests who want to play organise a game. In fact she is quite bossy but in the nicest possible way. 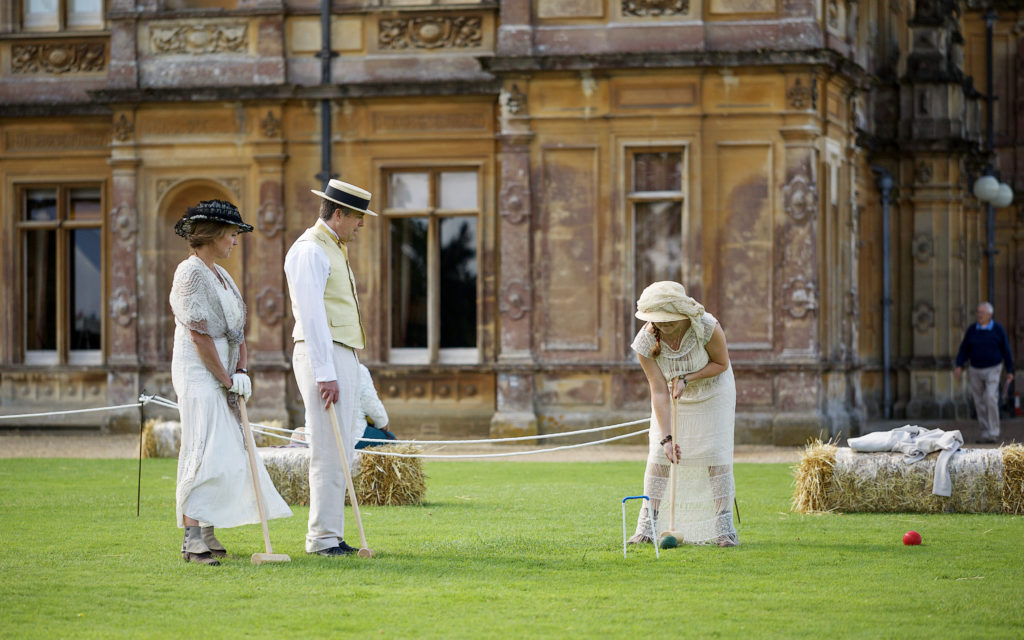 However, long before we get as far as playing, the first discussion is always the layout of the pitch. I find it safer to play parallel to the Library windows whilst John the Castle Manager prefers it set it out end on. In the end, I usually win but only after much discussion. John sees himself as a bit of a croquet aficionado but the fact is that most of the lawns around the castle are fairly flat so there is plenty of room for a fair playing field for each team. 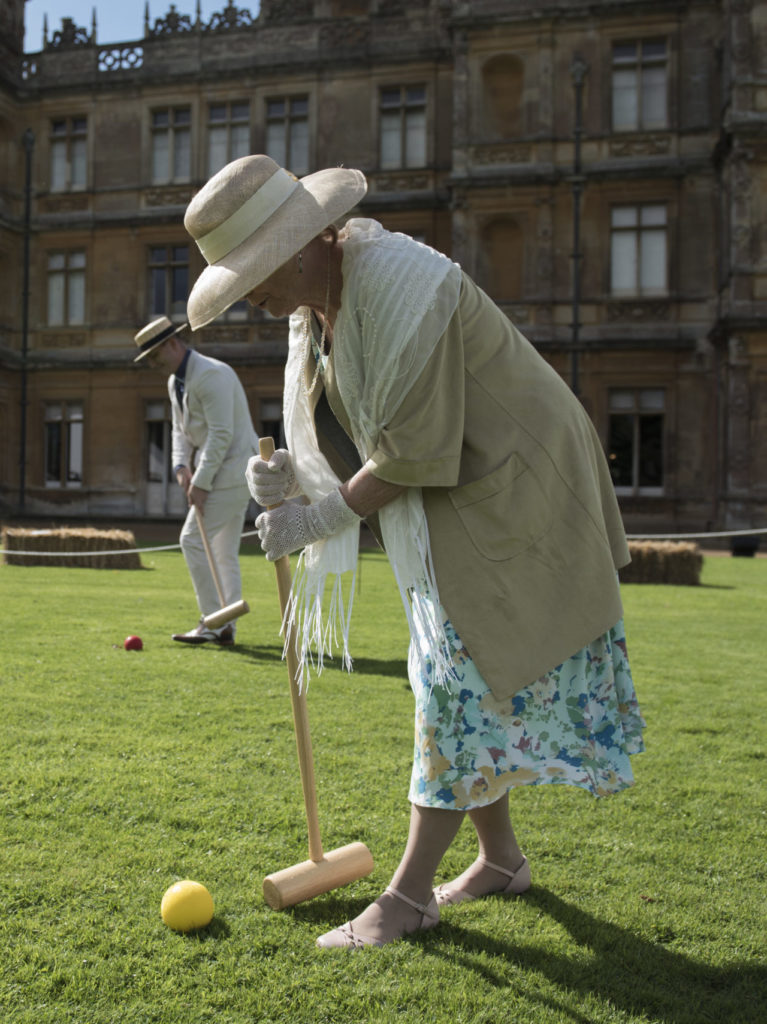 As usual, England has claimed croquet as a peculiarly English Game and on smart occasions proscribes the dress code as well. Actually, it is more likely that the the game was introduced to Britain from France during the reign of Charles II – he had spent much time there in exile during the English Civil War and Protectorate. At that time it was known as paille-maille and had many similarities to modern croquet being described as: “A play in which the ball is struck with a mallet through an iron ring”. 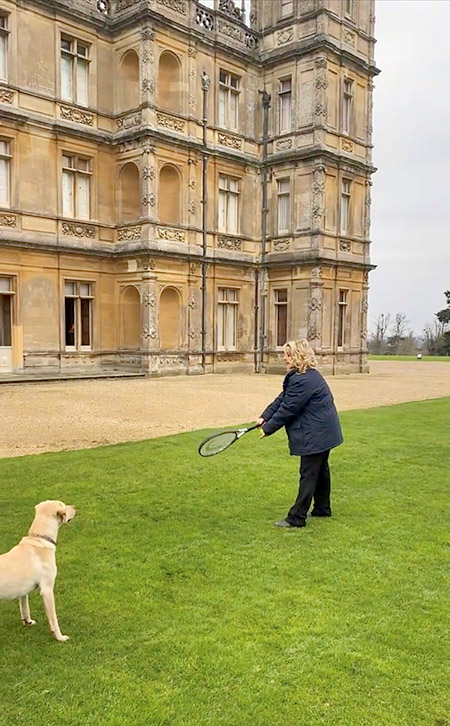 A man called John Jaques (whose name is still found on traditional croquet sets) saw a game played in Ireland and established a business making the implements and publishing the rules. The mallets and the balls are both made of wood with the former needing to have a good balanced feel.

The game reached the height of its popularity in the Victorian era when it was played with elegance by all members of a family. As the 19th century drew to a close however, croquet was gradually eclipsed by another up and coming fashionable game: Lawn Tennis. Many croquet clubs converted their lawns to tennis courts hence the official title of the club where Wimbledon is played which is: “The All England Lawn Tennis and Croquet Club”. Being English, it even has its own coat of arms and dress code.

Our predecessors at Highclere were no different and also enthusiastically took to tennis. Photographs from the time of the 5th Earl show the games taking place on the same lawns outside the Library and I am pleased to note that they agree with my layout rather than John’s making it much less likely that a ball will be served straight through the library windows. 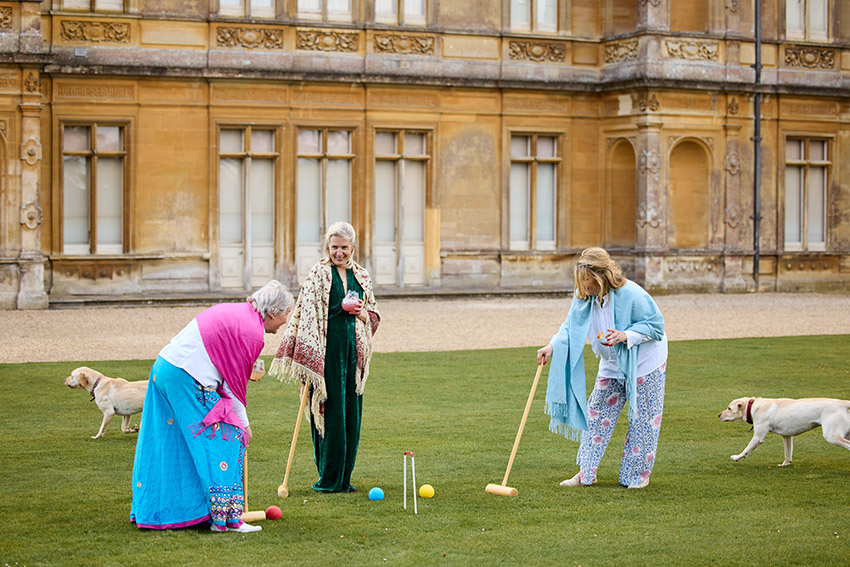 Even better, at least as far as the Library windows are concerned, Geordie and I have our own tennis court tucked away in a sheltered nook which gives us all a great deal of enjoyment as well as some very necessary exercise.