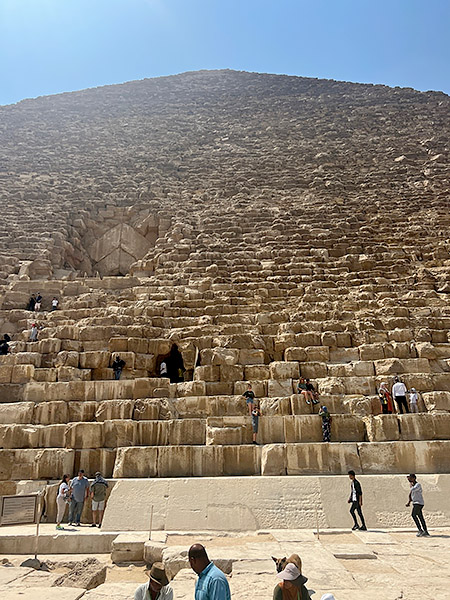 Only one of the seven wonders of the ancient world still exists today: the great pyramid at Giza in Egypt. It is extraordinary for so many reasons: the imagination and team work needed to construct it; for its weight, size, for the engineering and accuracy with which it was built; the vision and the grandeur. Perhaps above all it is famous for the clarity of representation of the beliefs of life and death which it presents and it is the most immediately recognisable symbol of a sophisticated civilisation enduring for over twice as long as ours. The pyramid remains awe-inspiring. 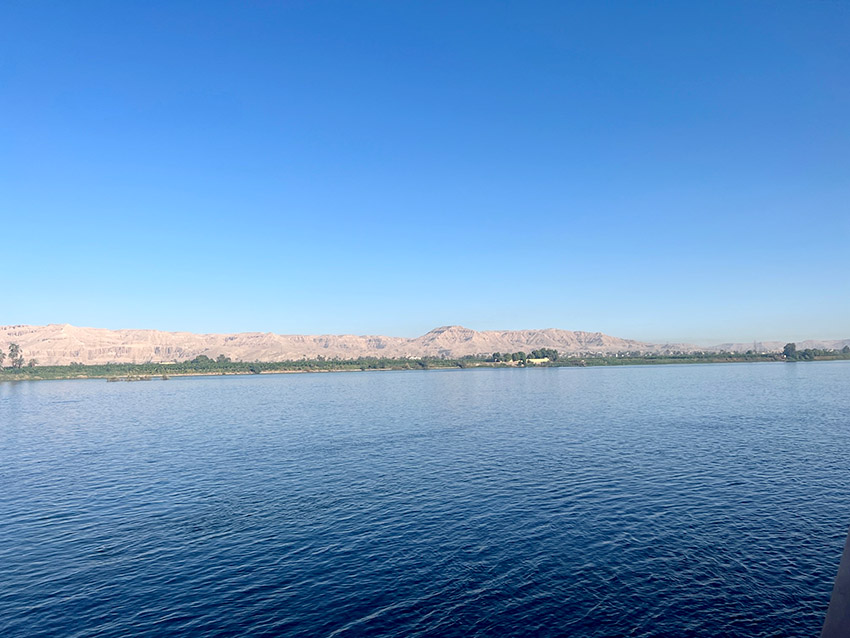 Every visitor to it has almost the same reaction. They stare up at it, walk along a side or two and then step back in wonder again. The braver ones clamber up to explore the tunnel inside it which leads to the central chamber where once the mummified remains of the Pharaoh Khufu lay (it was robbed long ago). I think most of us understand why it might have been constructed, but perhaps the more mysterious question and elusive answer is how was it built. The pyramid is built of an estimated 2 million blocks. most of which weigh between 2 and 10 tonnes, although some are ten times that size. 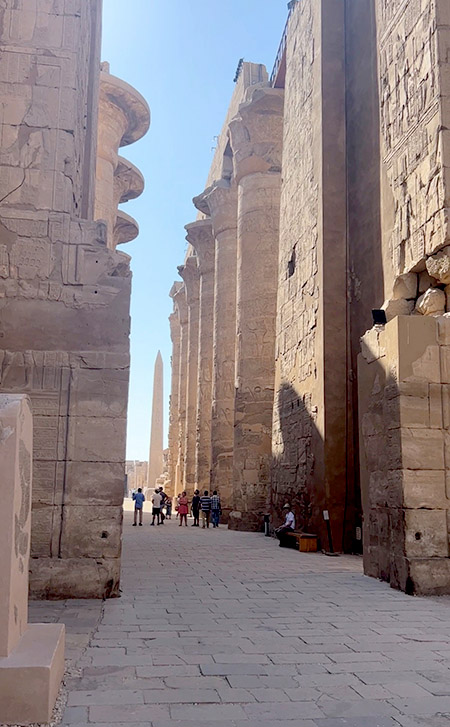 In addition, the blocks of stone had to be moved long distances. One of the comments I often make when showing some of the photos taken by the 5th Earl of Carnarvon in Egypt during his excavations in Egypt is that such scenes are a unique record of a landscape that has now changed. Since time immemorial, the annual flooding of the Nile was vital to the Egyptian economy bringing both water and fertility in the form of the silt that was deposited to a land with little rainfall. In turn, this dictated when agricultural work could be done, how much food would be produced that year and when the residents just had to pull back and wait for the waters to subside. 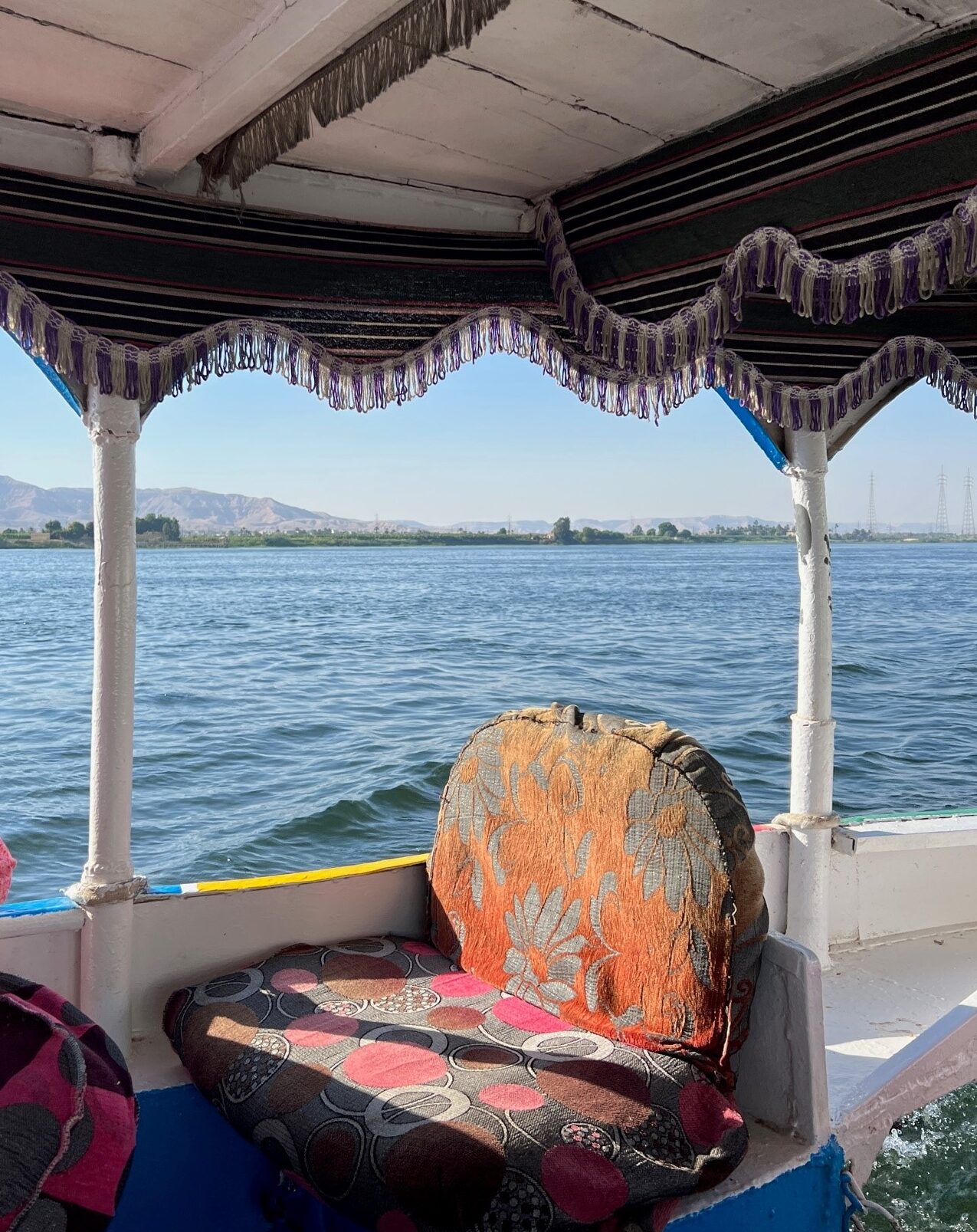 Today, the course of the river Nile is far more modest and its old strength curtailed and controlled by the Aswan dam and the barrage at Esna. However, it has been proved, for example, that the obelisks for the famous temples of Karnak or Luxor were quarried far to the south of Egypt and journeyed hundreds of miles to get to their destinations. Maybe the secret was to quarry the rock out using water pressure to force the stone and then wait for the waters to rise before moving anything. During high floods it would be possible to bring the stone blocks very close to a construction site and to use the nearby silt deposits to raise platforms around the building works in order to raise the stone higher. 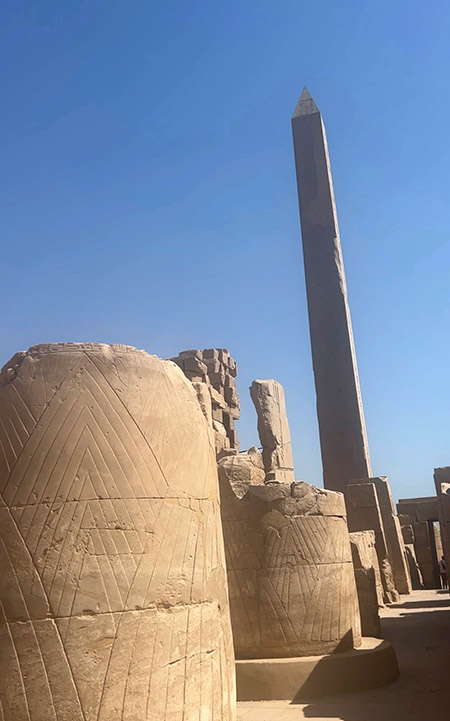 Every year thereafter it would be a herculean task to keep raising the mud brick sides to create a route up which blocks could be hauled but, nevertheless, the Nile would have done the heavy lifting at least for the initial stages.

The course of the Nile has also changed over the millennia both by nature as well as man. If it was initially a route by which buildings could be created, then it could also then be channelled and diverted away from them in later years to keep the foundations of the new buildings intact. 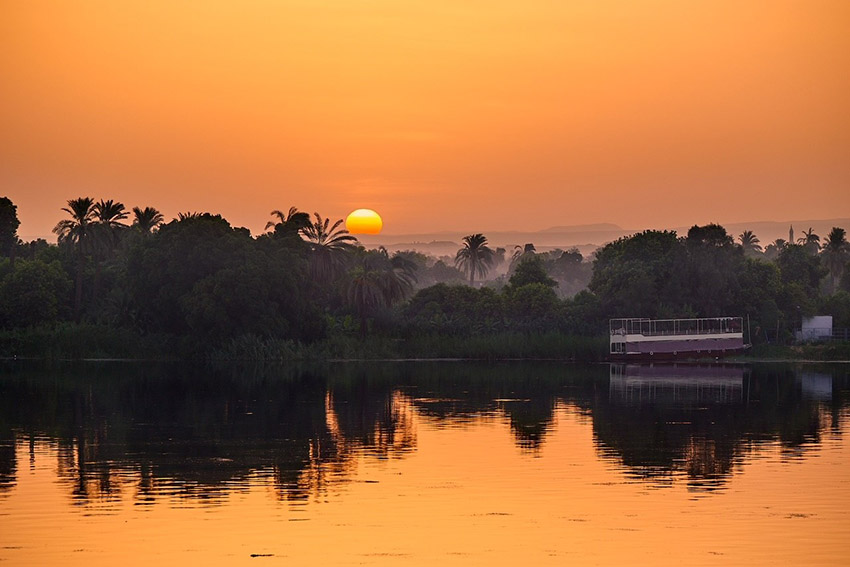 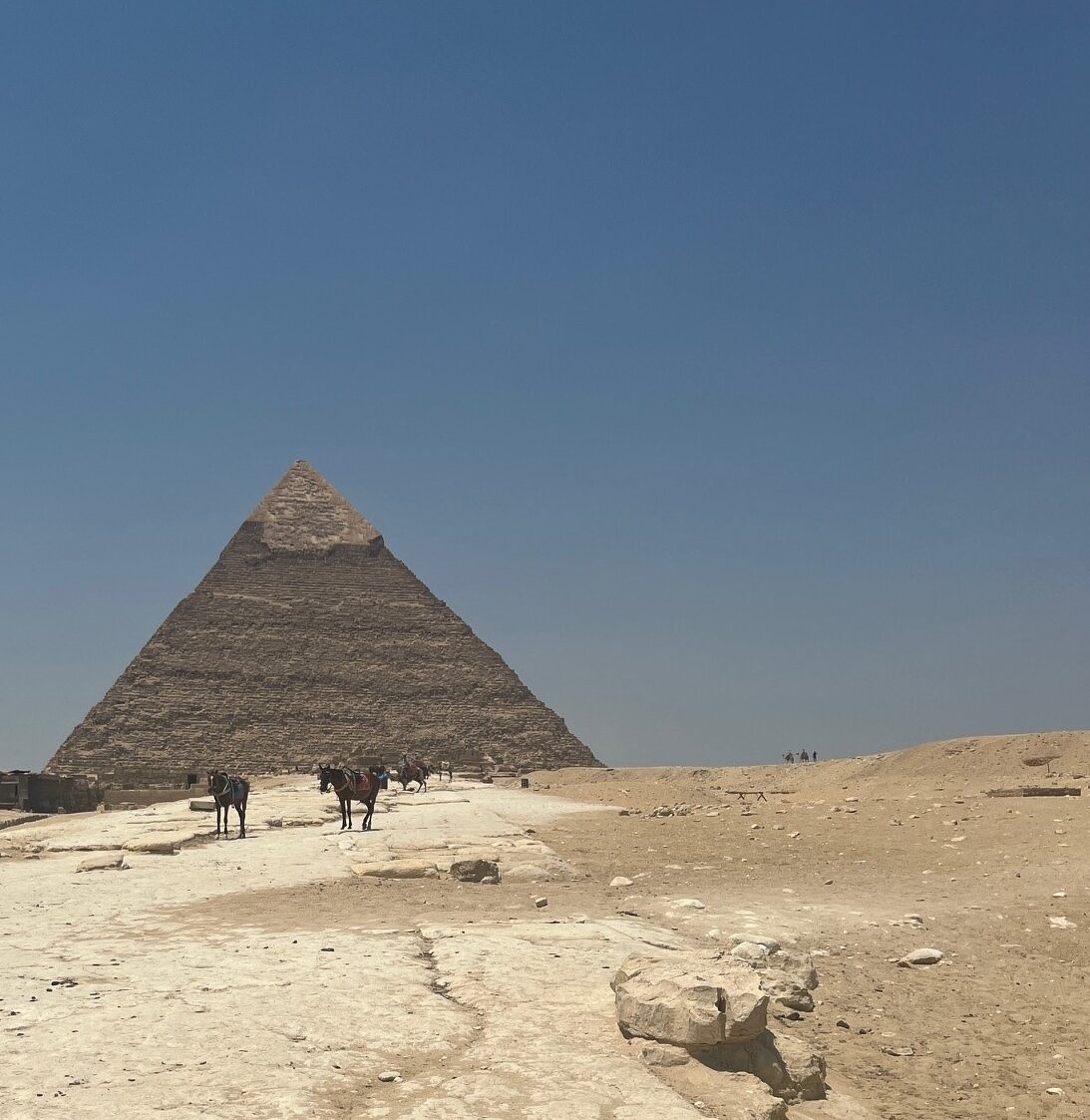 Having used stone blocks to build the pyramid, the sides were then encased in a white limestone smoothed to gleam like silvery mirrored marble in the sunlight – perhaps to light the way to the life eternal or perhaps, like the huge Gothic cathedrals of medieval Europe to emphasis the distance between the mortal plain and heaven. As a race, humans seem to be drawn to horizons, to look up and search for what we cannot find in front of us.

The pyramids both combine the desire to look up and yet mark a sense of place, they are bound to the earth on which they are built, some of the heaviest structures ever built on this earth.