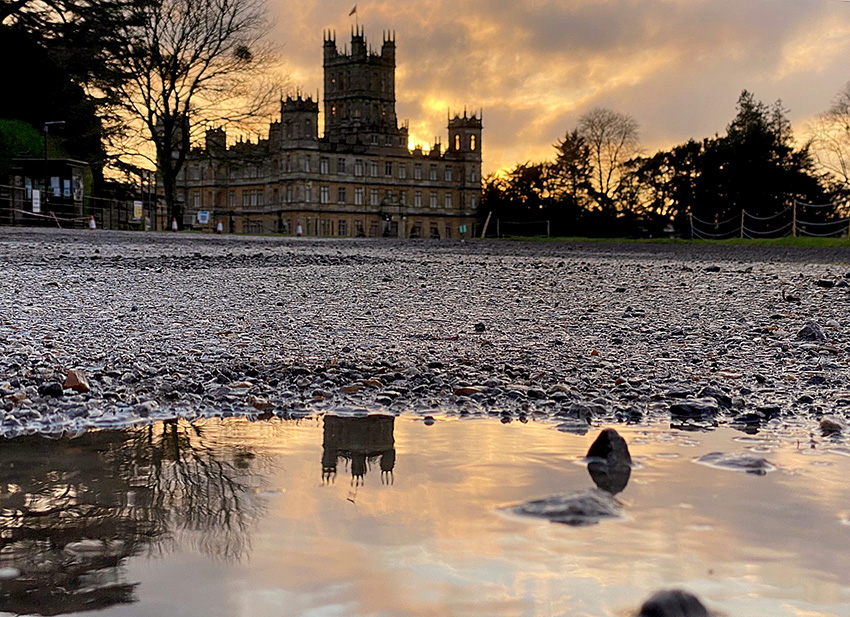 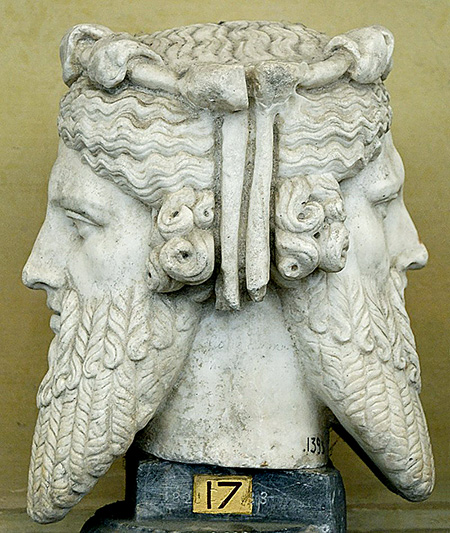 Every morning the dogs are collectively and noisily thrilled to see me. They know from experience, from yesterday and the preceding days, that a walk is more than likely. They do not worry about what might happen next week but instead explain very clearly to me that now is a good moment. In contrast, of course, people tend to spend their time looking both backwards and forwards. We worry about what might or might not happen and, as a result, sometimes forget to live well in the present.

Janus was the Roman god of doorways and change, of beginnings and endings including that of war and peace. He had two faces which looked in opposite directions so that he could see both backwards and forwards. The doors of a Janus temple were traditionally open only during the time of war and closed to mark the end of the conflict which rarely happened either in the Roman Republic or Empire. 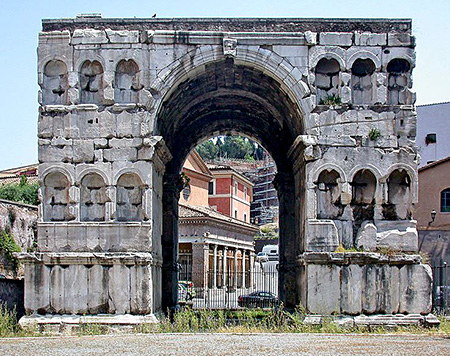 Furthermore, there were particular superstitions attached to the departure of a Roman army, for which there were lucky and unlucky ways to march through a janus. Ancient Rome had many of these ceremonial gates or Jani but the most famous one was the bronze Janus Geminus located near the forum which had double doors at each end.

Janus is also said to have given his name to the month of January which is all about new beginnings. Most of us start the new year with the idea of change with new resolutions and a spirit of hope. We vow to change some of our behaviour, to leave some of the worst of the past year behind and to focus instead on a small word with a big heart: hope.

To help us gain confidence and enter a new world in the right way most cultures and societies have long ingrained traditions for New Year’s Eve such as first footing in Scotland – effectively a lucky man appears at your doorway as the New Year strikes bearing gifts for the household (a silver coin; shortbread or a black bun; salt, coal and a drink, preferably whisky). Another easier one to consider is to open both the front door and windows and the back door and 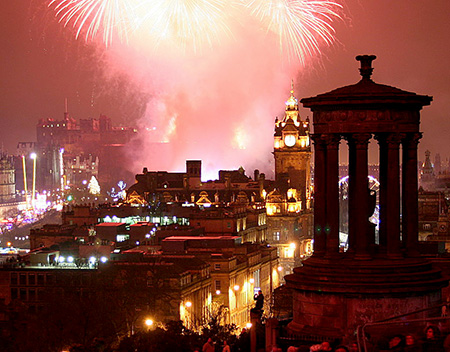 windows to let the old year out and the new year in.

Some believe eating round foods on New Year’s Eve will lead to prosperity. In the Philippines, it’s customary to eat 12 round fruits, one for every month; in Greece, it is 12 grapes. In addition, the Greeks may well also hang a bunch of onions above their doors as a means of inviting prosperity into the home. In Denmark, people stand on their chairs and leap in to January at midnight to bring good luck. They may also go around breaking earthenware dishes on the doorsteps of their friends and family to help bring them good luck although I suspect this is no longer a popular option in terms of cost and clearing up.

Babylonians, one of the first cultures to actually celebrate the changing of the year, made promises to pay debts or return borrowed objects which is nicely practical. In more modern times, since 1907 crowds have been gathering in New York City’s Times Square to count down the final seconds of a year and watch the ball drop.

At Highclere, Geordie and I tend to turn to joining hands to sing Auld Land Syne with all those present, going forwards and backwards together in a circle, often getting rather tangled together in the middle to great hilarity. This is a shortened (English) version: 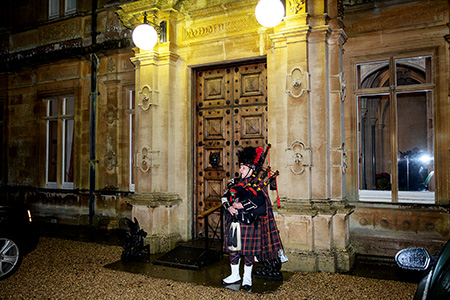 And there’s a hand my trusty friend
And give me a hand o’ thine!
And we’ll take a right goodwill draught
for auld lang syne