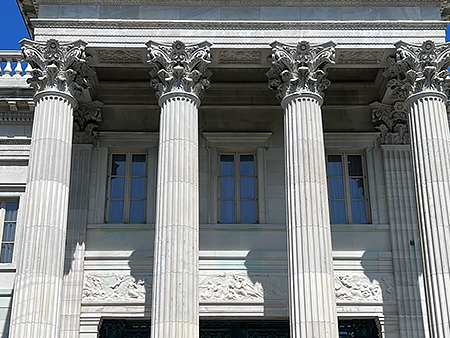 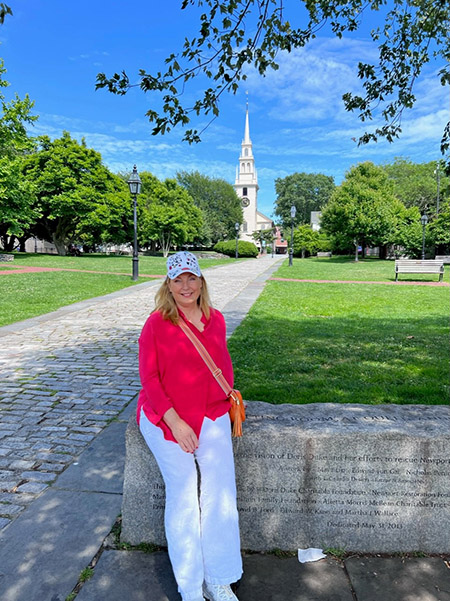 Winding natural harbours frame a rolling landscape copiously clothed in clouds of trees in every shade of green. Summers in this part of the world are sunny and warm but with welcome breezes coming in from the sea and the food reflects both the richness of the oceans as well as the good pasture land for cattle. Little wonder, therefore, that travellers from the old European lands chose to settle in Newport as early as 1639. 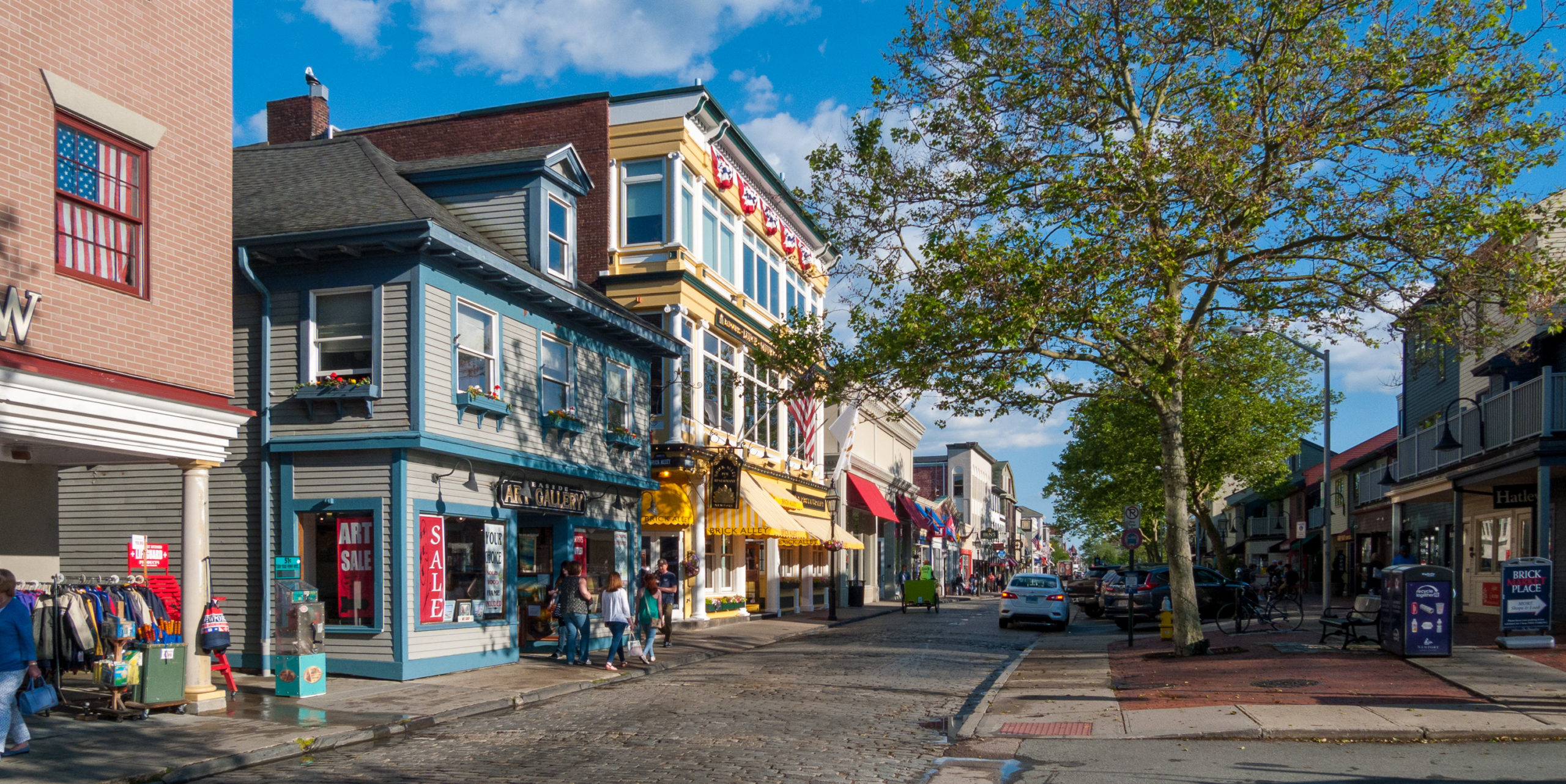 It is really a series of linked islands which offered shelter for ships as well as people and it became a successful and thriving port. Like every town, over the centuries the population of Newport had some challenging times before it remerged in the late 19th century with new energy and colour when some of the wealthiest families in the USA decided to build their summer houses there. Rather ironically, they were called cottages, each one more exuberant and grander than the previous, following the lines of the cliff path and looking out to sea over immaculate green lawns. 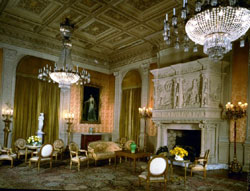 From the Vanderbilts to the Astors and Morgans, they created mansions with huge marble entrance halls and decorated them with works of art from Grand Tours or from the classical world. Their heyday, spanning some 50 years, came to be known as The Gilded Age, a phrase devised by Mark Twain and Charles Dudley Warner in their 1873 book, “The Gilded Age: A Tale of Today”. 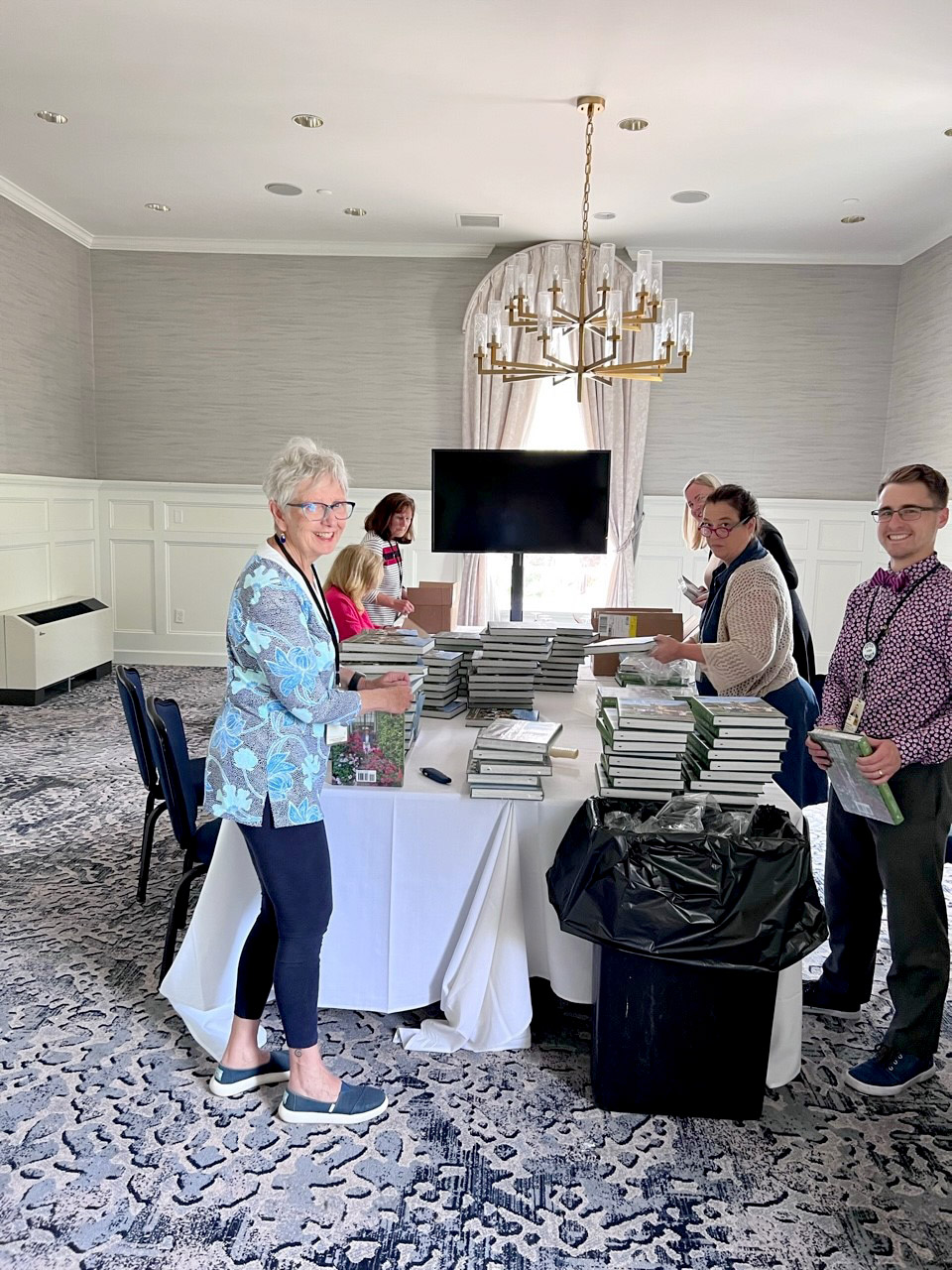 Not entirely flattering to these powerhouses of industry and banking, it satirised their social pretensions, comparing this new social elite which focussed entirely on material objects and wealth to a true golden age of art and intellect.

Needless to say it was a somewhat one sided view. The houses, the collections and the works of art seen in these Newport houses represent dreams and vision as well as wealth. They were extraordinary endeavours and the mansions today are an important part of a visible heritage, not just of architecture but of the stories of these families: the legends, perseverance, triumphs and heartbreak. Money never did ensure happiness and these amazing houses were the backdrop against which both successes and dramas were played out. 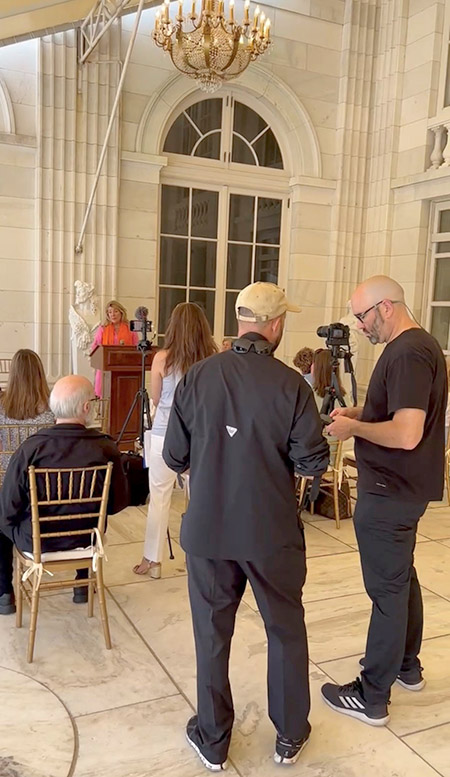 Last week, I was honoured to be  invited by the Newport Preservation Society to speak at a number of events in order to help them raise money to sustain these great houses. Many of the houses were lost post WW2, but a number of determined women have helped save what is now left. 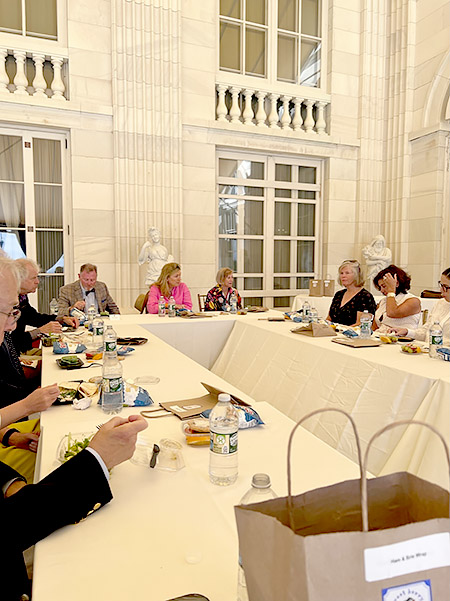 Eleven of these are open for visitors to tour, to use as concert venues or for events and some can be hired for dinners and receptions. What is remarkable for any visitor today is that you can walk between most of them and, whilst the most famous is perhaps the Breakers, there are other  ones representing different styles of American architecture.

From lunches to meetings, press conferences, filming, talks and presentations, it was a busy and fascinating schedule. I met some wonderful people and was made to feel extremely welcome for which I am grateful. The main evening event was held in Rosecliff, a classical “cottage” commissioned by a Nevada silver heiress Theresa Fair Oelrichs in 1899. 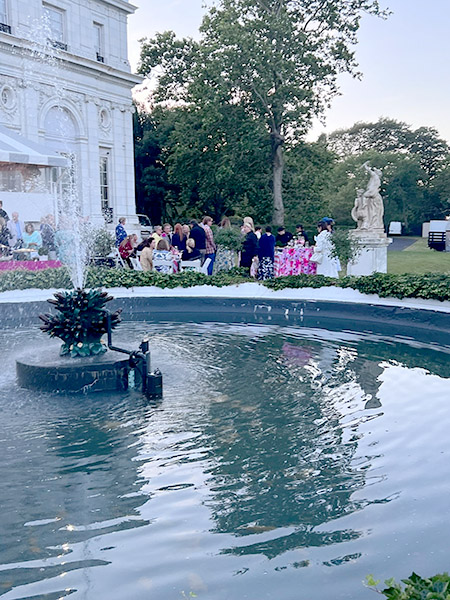 Highclere Castle Gin sponsored the cocktails on the terrace which were a magical part of the evening as of course this was used as the film location for  “The Great Gatsby” movie starring Robert Redford. It is a great book and film in which love is mistakenly and tragically woven into the pursuit of wealth and status at any cost. One of the more famous lines and themes is “So we beat on, boats against the current, borne back ceaselessly into the past” and it is a sad emotional tale where none of them “learn to show our friendship for a man when he is alive and not after he is dead.” 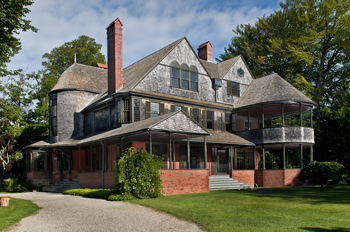 Now, the Newport Mansions are once again in the spotlight thanks to Downton Abbey’s creator Julian Fellowes. His new TV series “The  Gilded Age” uses some of their interiors and some the exteriors act as themselves. The Society very much hopes that sharing the interiors will pique more public interest in these amazing buildings which I am sure it will.