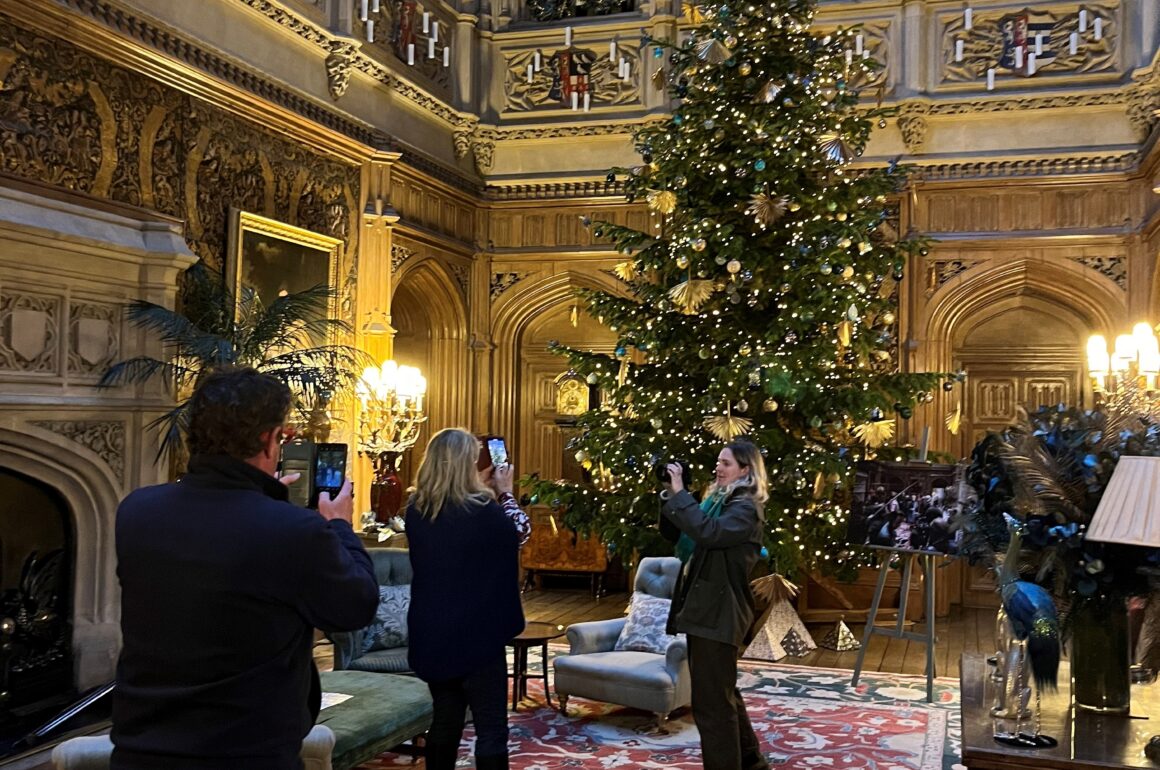 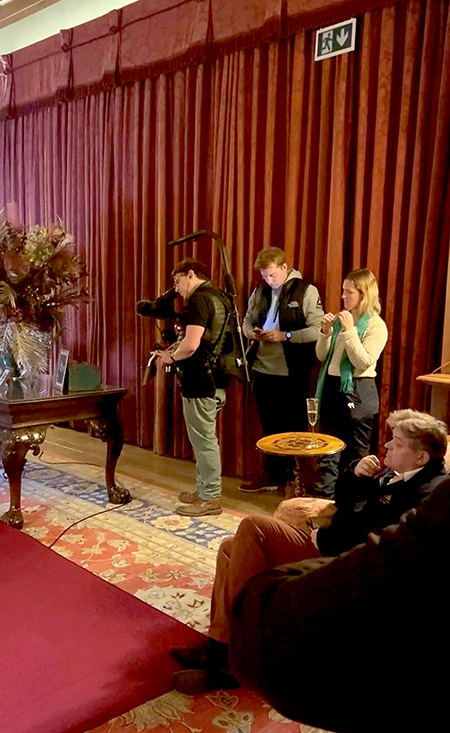 For a few weeks earlier in the year, and then again over the last month as we prepared for Christmas, the team at Highclere have been followed by a film crew making an observational documentary on real life at the Castle. It is being shown on Monday nights on a UK channel at 9pm, culminating in a “Christmas special”.

Most of the time, the crew consisted of just two people – a cameraman (David) and an assistant who went about their business discretely and with very little fanfare. Of course, this was all a far cry from the huge production crew and cast who would arrive at 6am in the morning with hundreds of white vans and masses of kit and wires running in convoluted snakes throughout the castle to film the scenes for Downton Abbey. 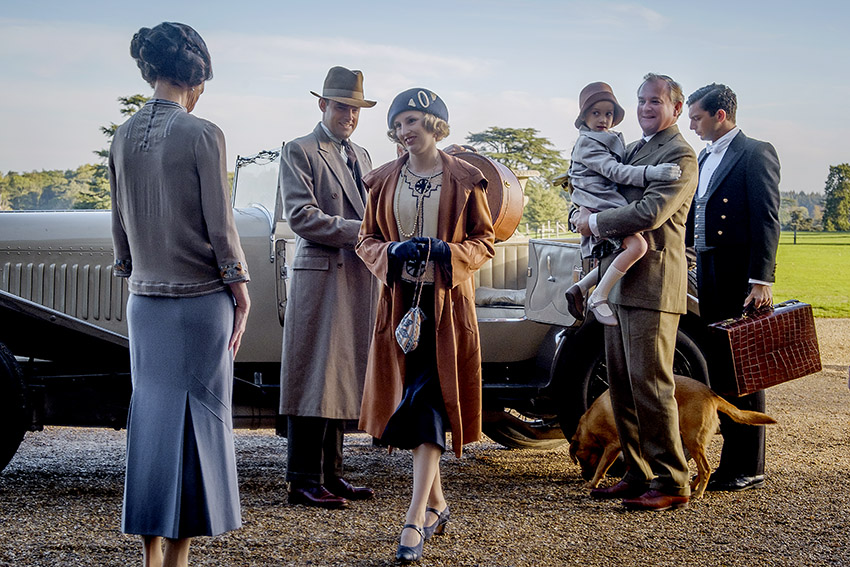 Rather than a Monday evening, however, the Downton TV series used to go out on a cosy Sunday evening and funnily enough I still miss them. I liked the comfort of the timing and regularity and the feeling that I could sort out my thoughts for the coming week, put them to one side and settle down to watch Downton at Downton.

Downton’s fictional family were always immaculately dressed whilst we tend to run around outside imperfectly but definitely more practically attired. Some of our key characters in real life are outside – Paul the gardener or Simon on the farm and we are a small “crew”. In past times, each area of work was called a department and, by habit that name has stuck, although the teams of today are rather lighter in number than the 15 or 20 names I can see listed in the wonderful handwritten ledgers of the past. 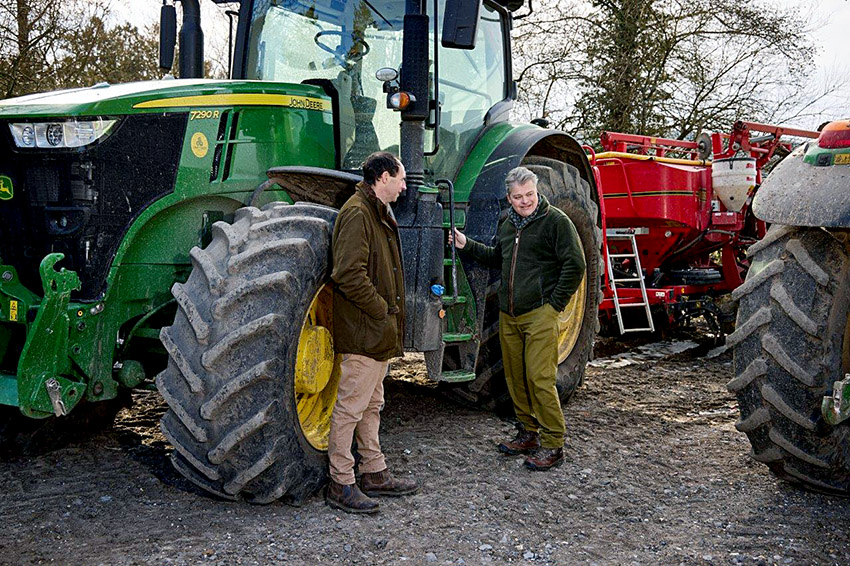 I am not quite sure what the production team expected and in any case it was hard to plan for since that would mitigate the very description “observational”. Whilst the programme is called Highclere behind the scenes, “observe” in terms of to watch over, keep safe or to pay attention is exactly what Geordie and I try to achieve: to protect and look after Highclere, to pay attention to the detail of the events and projects to ensure they will work. 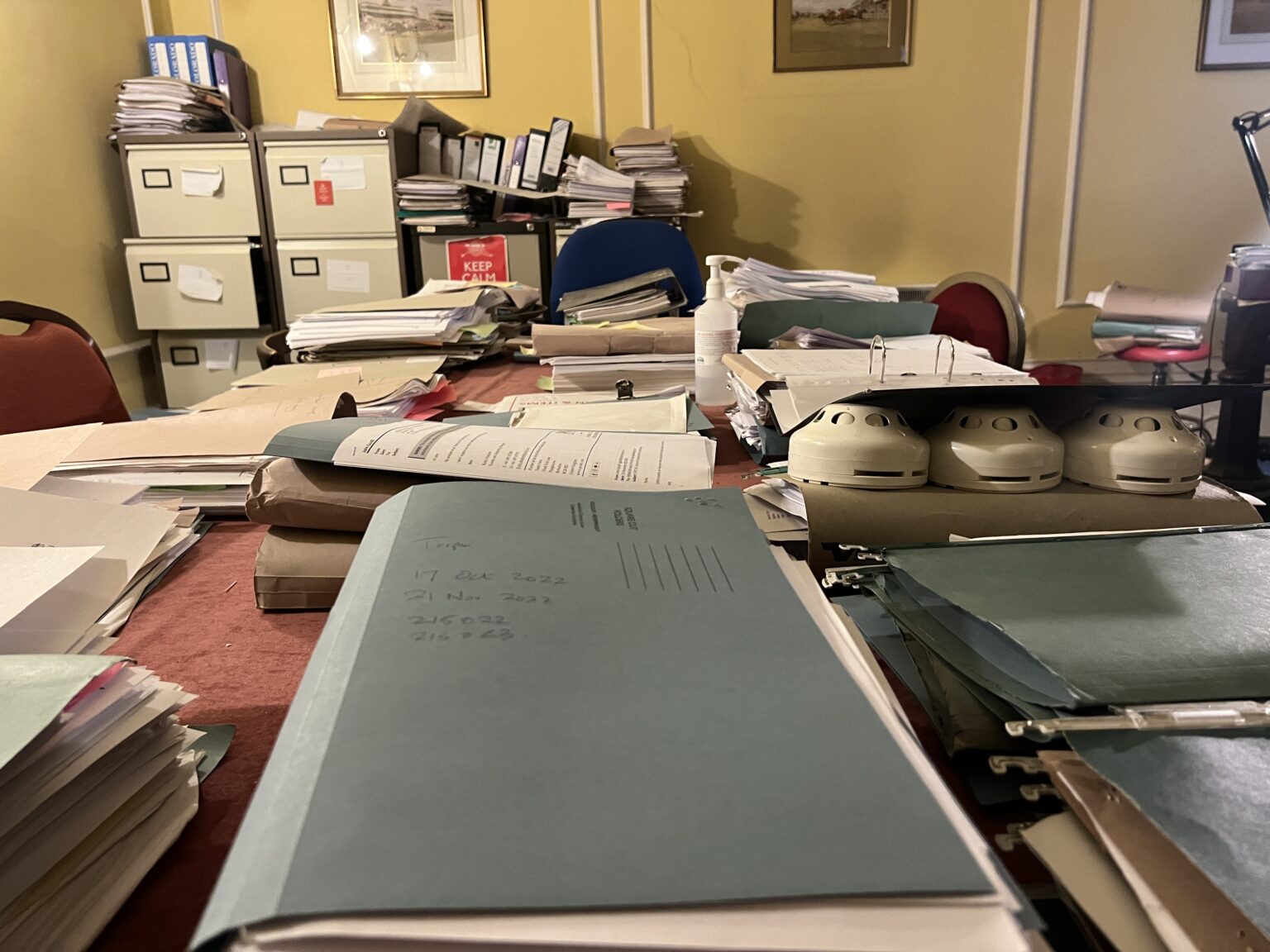 John the Castle Manager also has an assiduous eye for detail and keeps so many paper records that there is nowhere to sit in his office. Nevertheless, at any moment he seems to be able to triumphantly pull out the right bit of recycled paper with the notes he was looking for. Of course, Downton Abbey itself contributed several filing cupboards of paper whilst the filming project has its own pile. 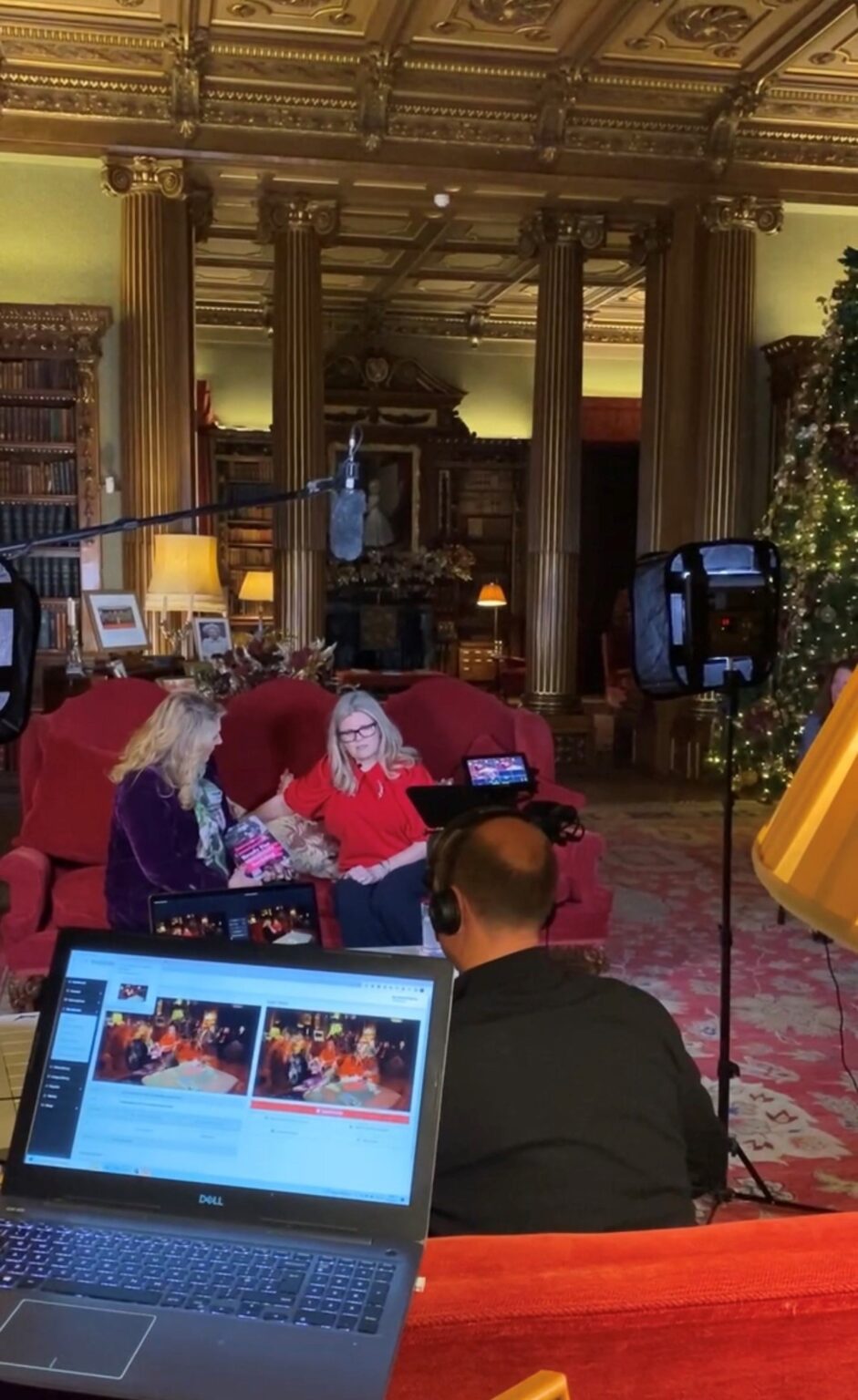 Part of the amusement in the programme is about the detail and timing as plans clash and we have to try to make it work and documentaries like these work best if there are some outgoing characters! I know we have those but it was interesting to see some of the quieter and younger members of the team coming out of their shells.

Then there were the “pictures within pictures” moments where the documentary team were filming myself and the marketing team doing our own filming which I found very amusing.

Our efforts were never quite as co-ordinated and slick as theirs but we have got better I think! My most abiding memory is of David the cameraman shaking with laughter, his camera bobbing up and down as we got something wrong so that both sets of film had to be redone. It certainly gave us a new appreciation of just how hard it is to get everything looking flawless on film and the time it takes to achieve it.