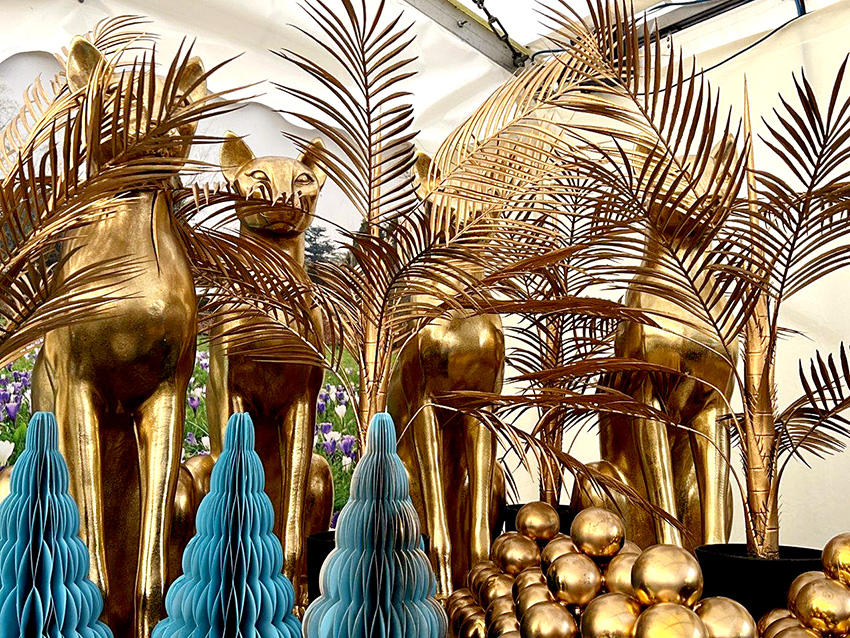 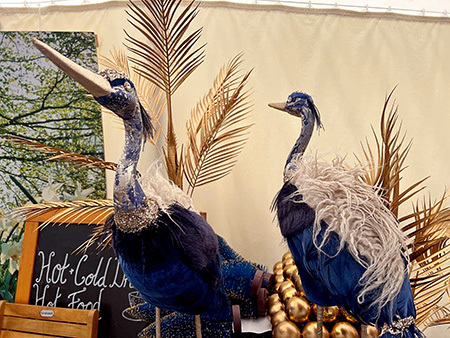 Sally from the gift shop is now once again chief Christmas Elf, dressed not in green tights but in a permanent light dusting of glitter.

The endless making of garlands is on to the last stage except for one: this had originally been measured at 40 meters long but, with a change of plan with the tearoom and shopping marquees, it turns out that is should be 80 metres instead. A slight difference but one which I think means there are now nearly 500 metres of garland, each of which is highlighted with different decoration themes.

This year, Sally and her team have rivalled the TV programme “Blue Peter”. I used to watch this as a child and it encouraged its viewers to take up various arts and crafts, often using discarded household items. I particularly remember turning empty loo rolls into endless pen pots. The loo paper would be carefully unfurled and laid flat in order to get to the now empty loo roll which was rather annoying for our mother. In addition, there was a rota of pets on the TV show. I can remember very clearly a dog called Shep, a garden with goldfish and the programme also highlighted the main events of the year including of course, Christmas. 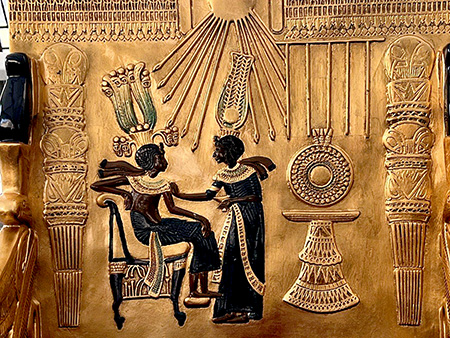 I think Highclere can tick many of the above parts of the programme (goldfish excepting) but the arts and craft ingenuity of Sally and her team may not be so apparent to the casual eye. 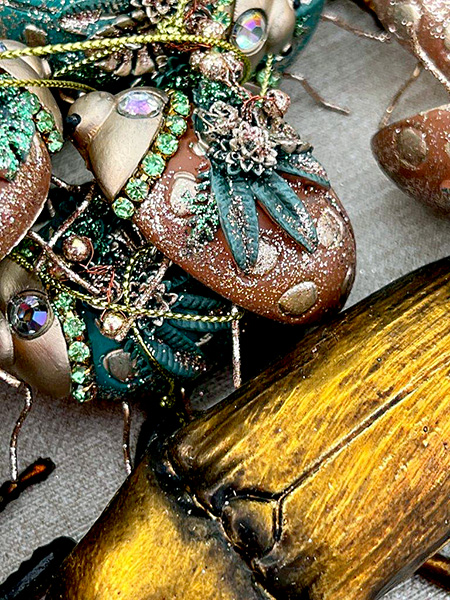 This Christmas is going to be a little different. Given that this year is the centenary of the discovery of the tomb of Tutankhamun by the 5th Earl of Carnarvon and Howard Carter plus my book of course, Highclere is going to be decorated in the colours and themes from Ancient Egypt. 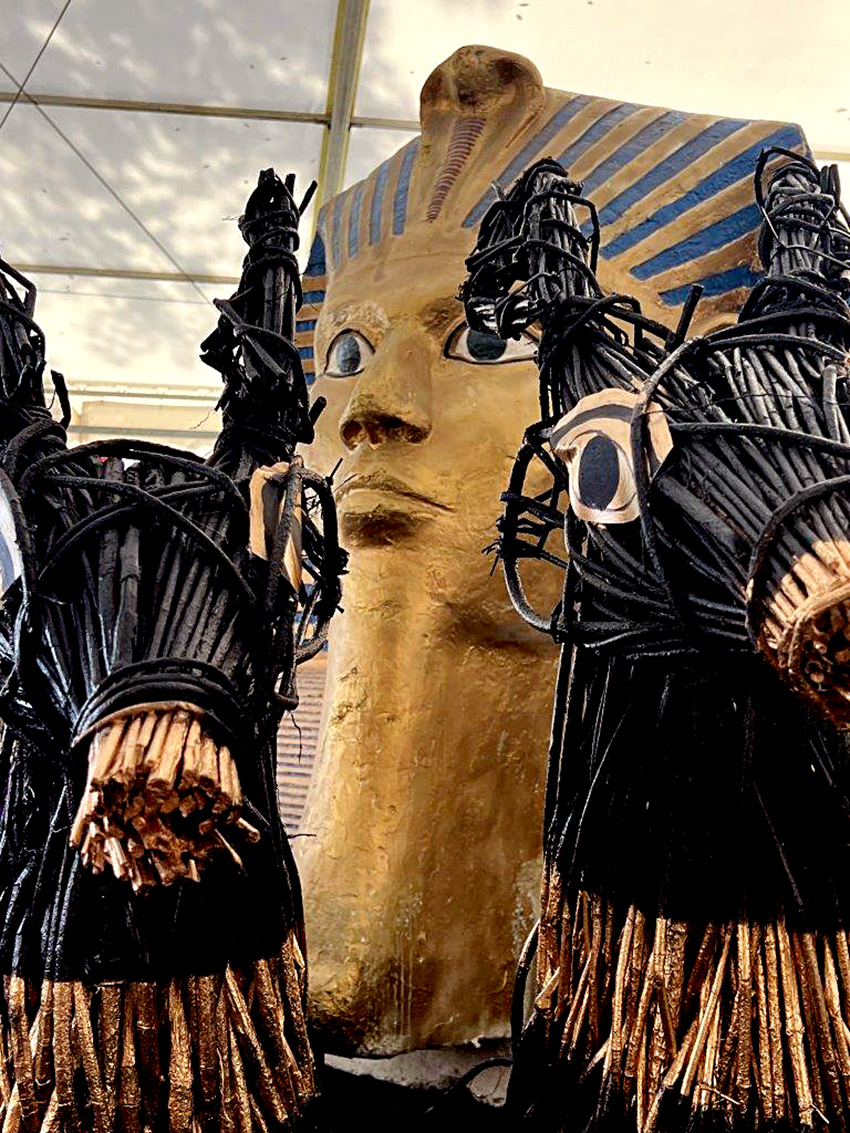 The woven wicker reindeer were in a parlous state, so Sally and Paul the gardener took off the legs, sat them flat, reattached the legs and sprayed them entirely black so that they now resemble the ancient Egyptian jackal god Anubis (we think). Luis and the banqueting team will have two gold thrones and an oasis in the afternoon tea marquee. The Christmas trees inside and out will reflect the colours of Egypt, the blues and golds with all the decorations inspired by the scarabs, lotus flowers and beetles which are associated with that country. 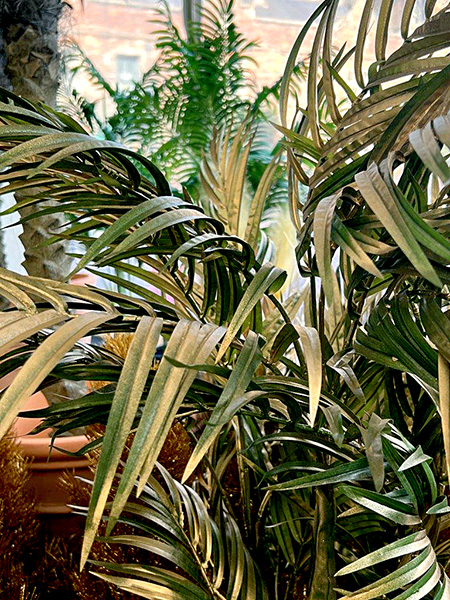 Palm leaves and beetles have been sprayed gold and holly and ivy has been abandoned. There are traditional Christmas baubles but they are interspersed with other flora and fauna in bronzes, golds and turquoises. Most of the individual elements have now been completed but there will be a frantic week of activity getting the trees in place, the floristry up and everything fitted together. Hopefully it will indeed be the like the “wonderful things” discovered in the tomb. 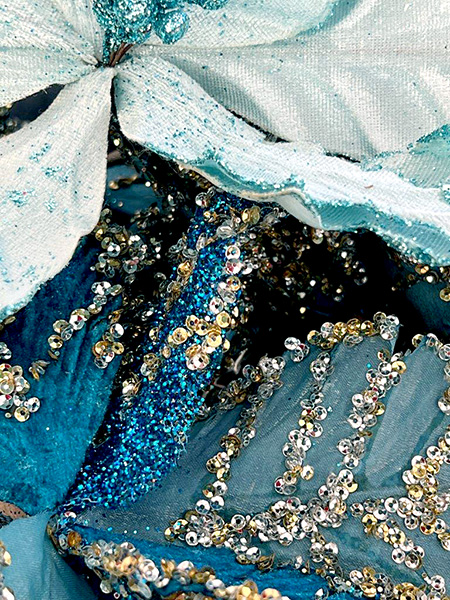 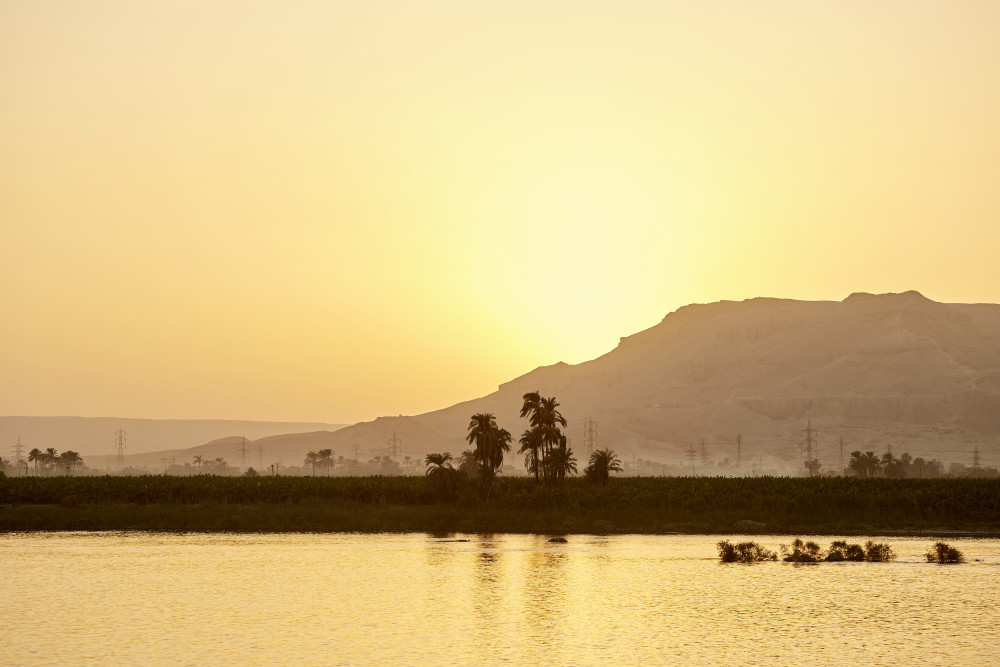 Photo from the boat Viking Osiris

Egypt, whether ancient or modern, never becomes as cold, dark and black in the winter months as our more northern parts of the world but nevertheless the lights of Christmas and cosy celebrations are always most welcome. Like every religion it is about light and hope and of course Egypt was known as the Land of Light. 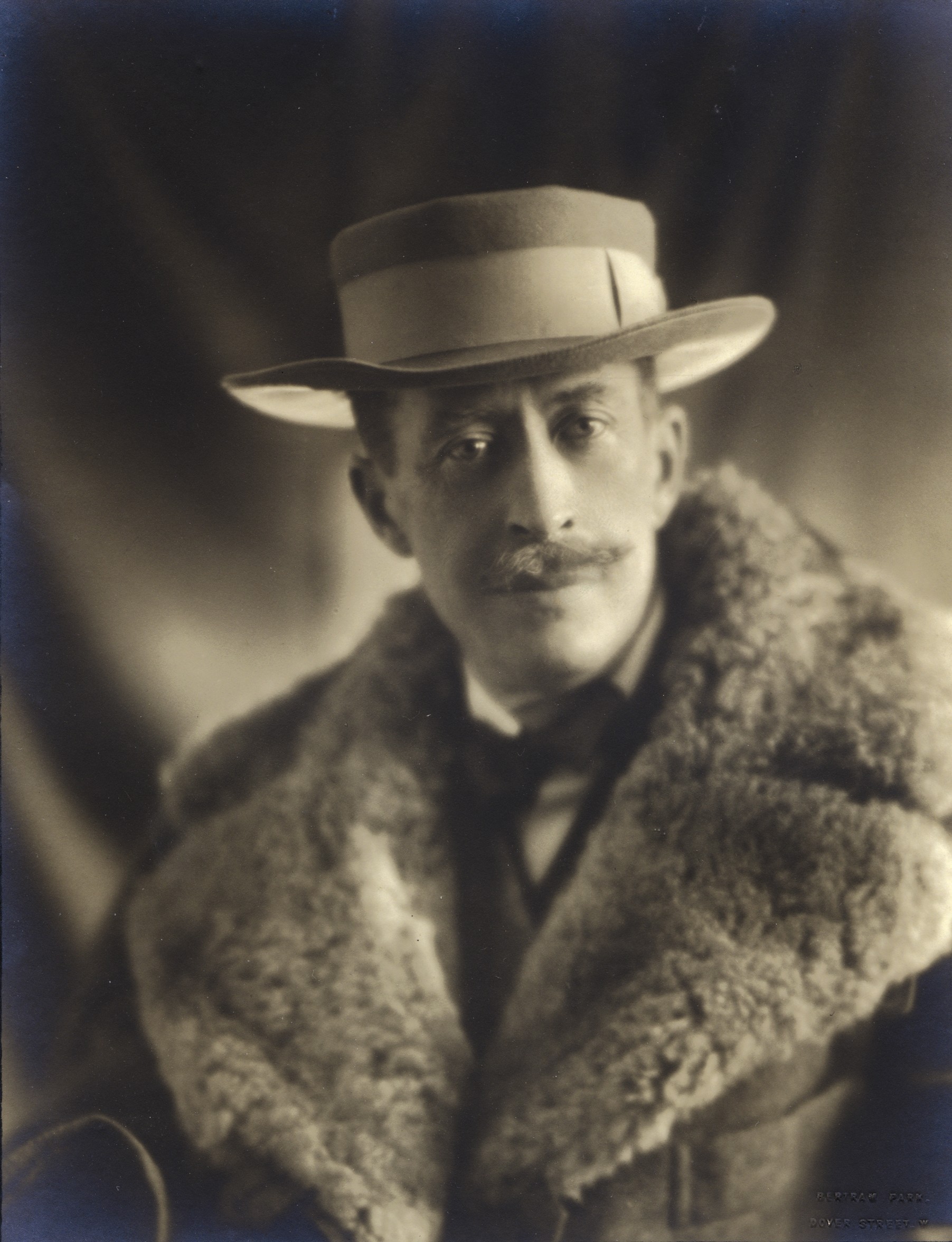 The Earl ad the Pharaoh

Lord Carnarvon and Howard Carter opened a window into an extraordinary golden world, a complete tomb with all the details that allow us to interpret and draw out stories about that time and the character of the golden boy king, Tutankhamun. The Earl loved the life he found in Egypt and every year he looked forward to living there for a few months away from the darker climate here. His fascination with archaeology and his partnership with Howard Carter had the ultimate success with this extraordinary find.

And, just like Sally, whenever I venture into the industrious tent where she is weaving together a Christmas which is somewhere between The Prince of Egypt and The Mummy Returns, I too leave with a dusting of glitter from her wonderful things.