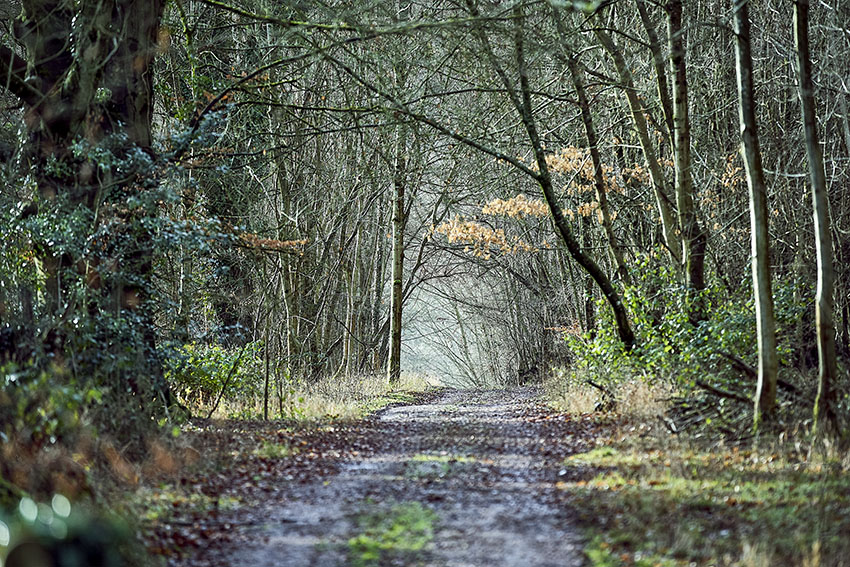 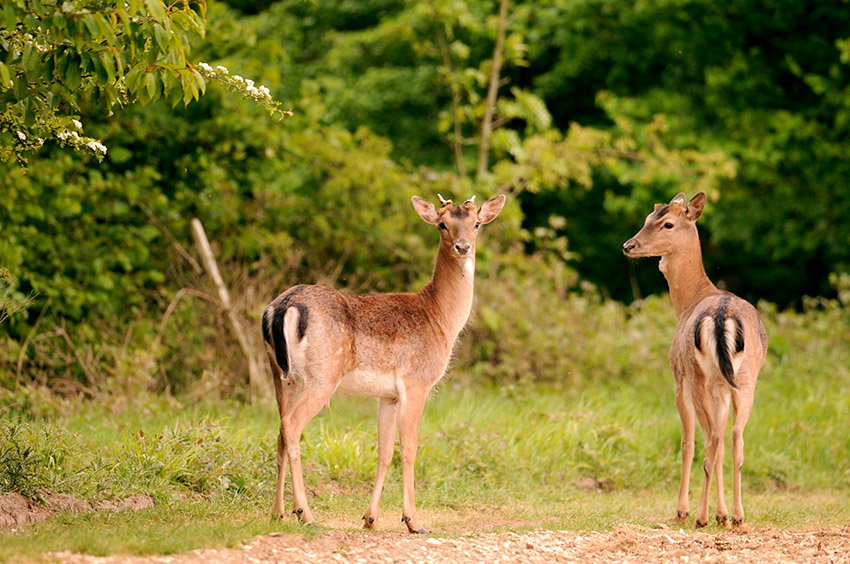 Walk through the woods and downland in this part of the world and you might catch sight of no fewer than three different types of deer: Roe, Fallow or Muntjac. They are always quite shy animals, standing silently still for a moment assessing you before bounding away on long elegant strides, disappearing into what seems to be impenetrable thickets.

Roe deer are regarded as a native species and remain widespread across woodland, farmland, grassland and downlands. They are quite easy to distinguish as they have pale rumps which are clearly visible as they bound away. Fallow deer are considered to be naturalised rather than native as they were introduced following the Norman Conquest in 1066. Given that is over 1000 years ago now, it seems a little unfair to  suggest that they don’t really “belong” but then I am not a naturalist. 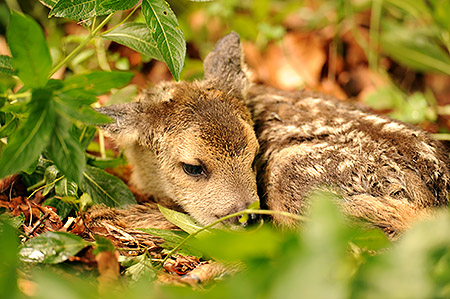 Muntjac, small mid- brown deer about the same shape as a medium sized dog, are really quite new having been imported only in the last two hundred years but have flourished, spreading rapidly throughout England.

They are inveterate browsers, eating the shoots from shrubs, as well as woodland herbs and brambles. They are therefore not necessarily good news in gardens nor in wilder areas, as it thought that clearing the woodland undergrowth is linked to a decline in bird species such as nightingales.

The trick is to manage populations so other species are not driven out which always requires some subtle observation and detailed knowledge of habitats and wildlife to get it right. 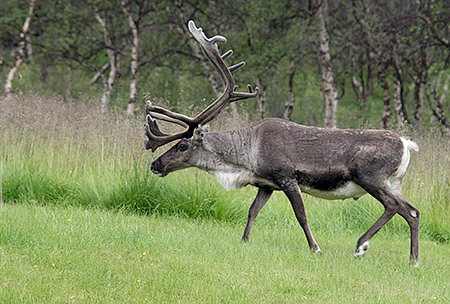 At this time of year however, we are all more focused on reindeer rather than our native deer. Until 800 years ago you might have found wild herds of reindeer roaming in Scotland. They were probably bought to extinction by over hunting – the Vikings certainly hunted them, but sixty years ago they have now been were reintroduced in the Cairngorms in Scotland. They are social animals and they feed, travel and rest in herds. They eat reindeer moss, grasses, sedges, the leaves of willow and birch trees and are built for the cold: their noses warm up air before it gets to their lungs and their entire bodies are covered with fur.

Sadly, real reindeer cannot fly but they can certainly run, reaching a maximum speed of 50 mph. Most of them live in Lapland where there are more reindeer than people – about 200,000 reindeer versus 185,000 people. Without doubt, along with Father Christmas himself, they are the most potent symbol of Lapland and are famous around the world for powering Santa Claus’s sleigh. 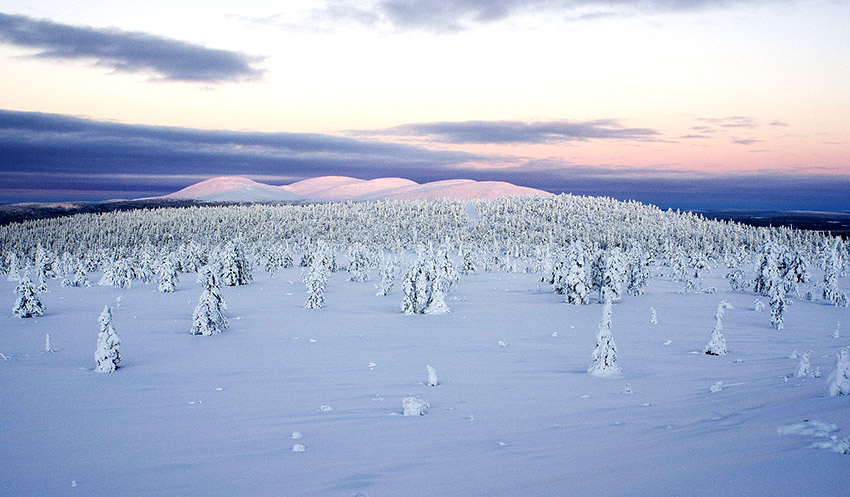 In reality, both the indigenous people (the Sami) of Lapland and the reindeer are scattered across the northern regions of four different countries: Norway, Sweden, Finland, and Russia. The Sami have a unique language and way of life rooted in the traditional husbandry of reindeer and both are under threat. The traditional roaming routes are challenged because of the fragmentation of the Arctic both in terms of climate change and the artificial country borders which cut across migration routes and herding pastures, whilst industrialisation is impacting their traditional life. The Sami argue they live in Sápmi whilst accepting they earn income tending reindeer as well as other revenue streams such fishing, agriculture, and tourism. 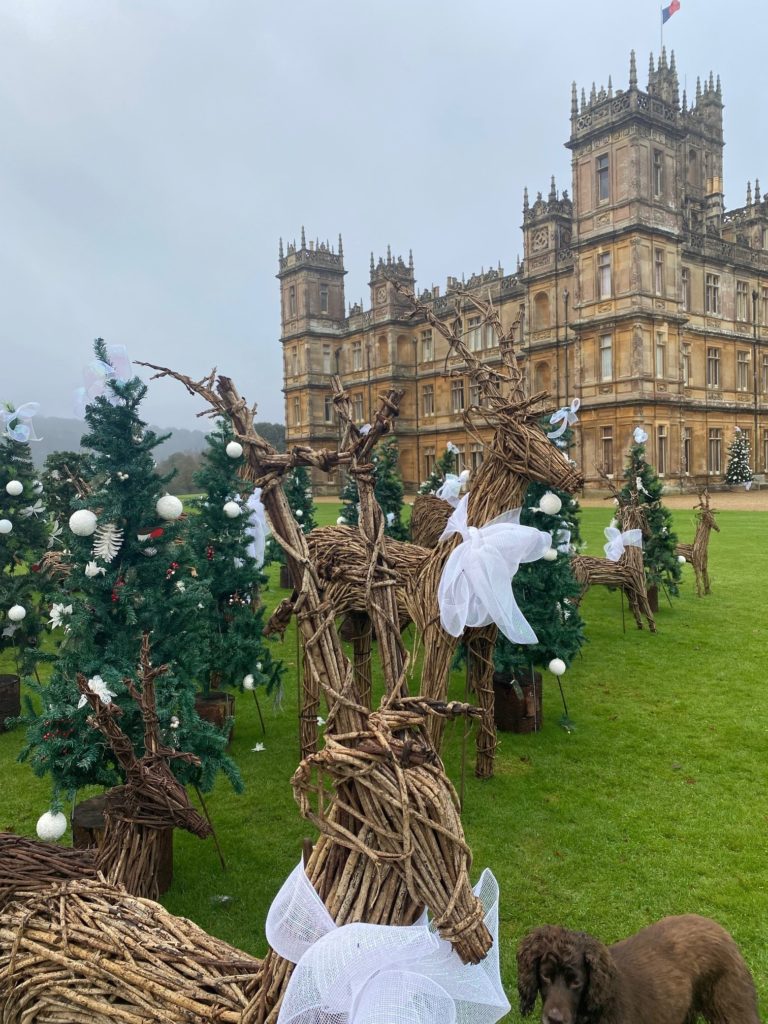 Sally, our chief Christmas elf, took the more sustainable route of a herd of reindeer made from willow which stand on the East Lawns of the Castle. They are rather firmly tethered as we have had some high winds at Highclere and Santa’s reindeer are not quite due for take-off just yet. 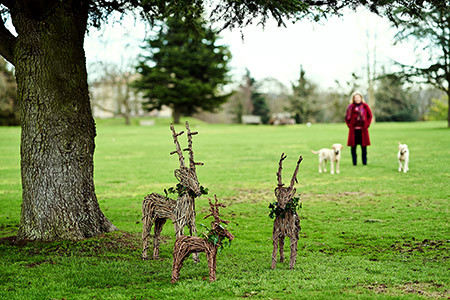 However, some of their decorations do periodically become detached and fly away but kind visitors return with them from the gardens in a type of real-life scavenger hunt. Our sledge meanwhile is firmly ensconced in Luis’s banqueting marquee where it can’t make a premature dash for freedom, loaded with presents and ready for the big day.