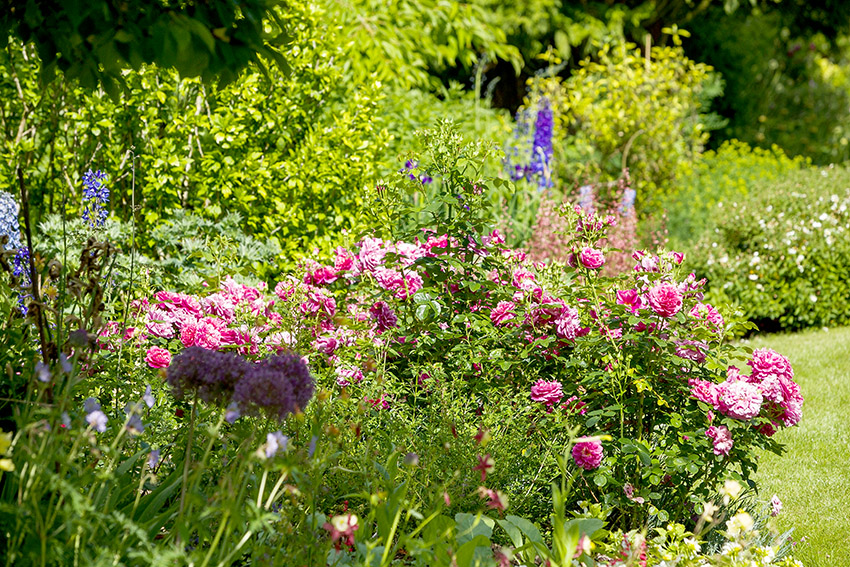 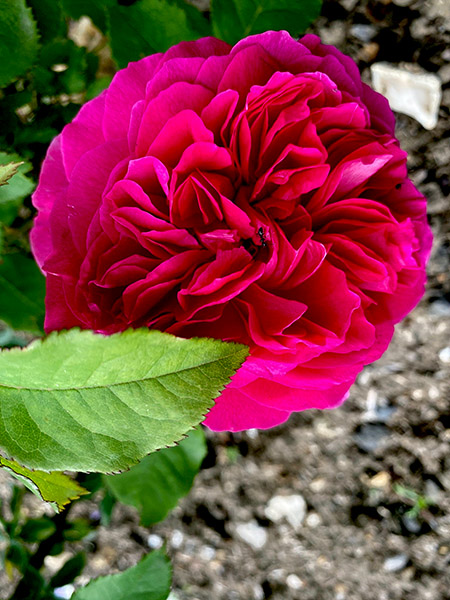 The library in the castle faces east and, if you pull open a rather stiff old French window, you can walk out and gaze across the green east lawns towards a temple some 200 yards away. It was not always thus. Once those lawns were teeming with flower beds of various sorts but, by the end of the Second World War just over 75 years ago, many of the gardens created with loving care in earlier centuries had disappeared, falling prey to other priorities and different fashions.

When these gardens existed, they were much admired by guests and visitors, from the orchards to walled gardens, the Italian style garden, the American garden and even a herb garden and there are plentiful records of what was once there. 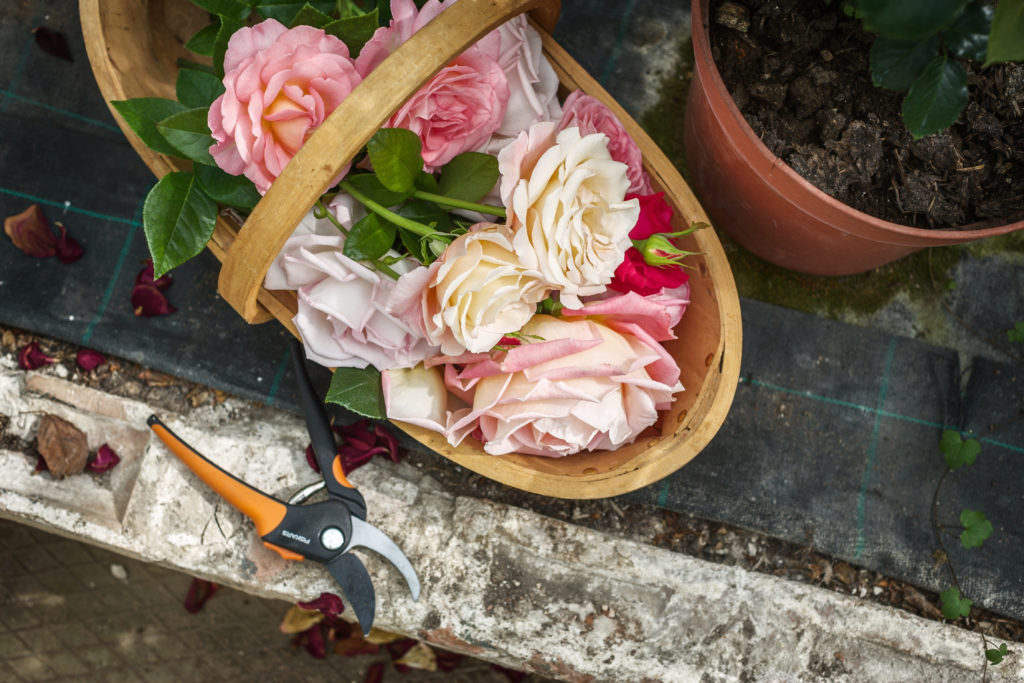 In more recent times, during the 1920’s, Geordie’s grandmother Catherine created a rose garden,  but again, all vestiges are gone.

Right from the beginning of our stewardship, Geordie and I have invested love, time and money in the gardens, re-awakening walks, creating “rooms”, or larger expanses of wild flowers, clearing long views and softening others. I am not sure I could choose an absolute favourite flower or tree but, like so many others, I am always drawn to roses and my favourite scents are based around them. Thus, at the foot of the wild flower meadow but within the fenced gardens, I cleared and created my own rose garden – an arbour – in memory of my mother who sadly died just after I was married and who never had the good fortune to meet my son.

Within the arbour and borders, I chose roses named for Shakespearean characters or phrases:  Scepter’d Isle Rose (Richard II),  the Othello Rose (Othello) and the Prospero Rose as well as those from Thomas Hardy novels or ones for a good life such as Compassion  and Tranquillity and  a few favourites such as Fantin Latour and Roseraie de l’Haÿ.

Throughout many civilisations, roses have captured the imagination and appeared in poetry and dreams. Dante’s Divine Comedy culminates in the image of the sunlight rose which blossoms beneath the sun of God but, beyond their cultural significance, most roses are simply grown for their beauty and fragrance. 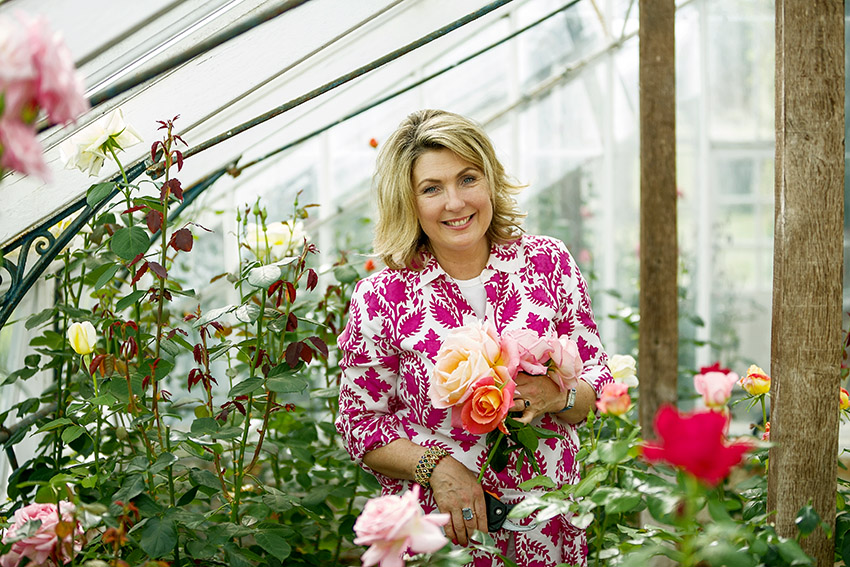 Here at Highclere, we have really planted a multitude of roses – in beds, as hedging, against walls, clambering up trees plus of course the aforementioned rose arbour. For the most part, we think of them as belonging to the summer: unfolding cups of blush colours lighting up corners or  passionate strikingly red cups of petals adding richness to  summer but they can also add to the winter garden. Some of them, especially the dog rose (rosa canina) and rugosa rose, bear wonderful hips in the autumn, rich in vitamin C and good for us as well as being an excellent source of winter sustenance for birds. 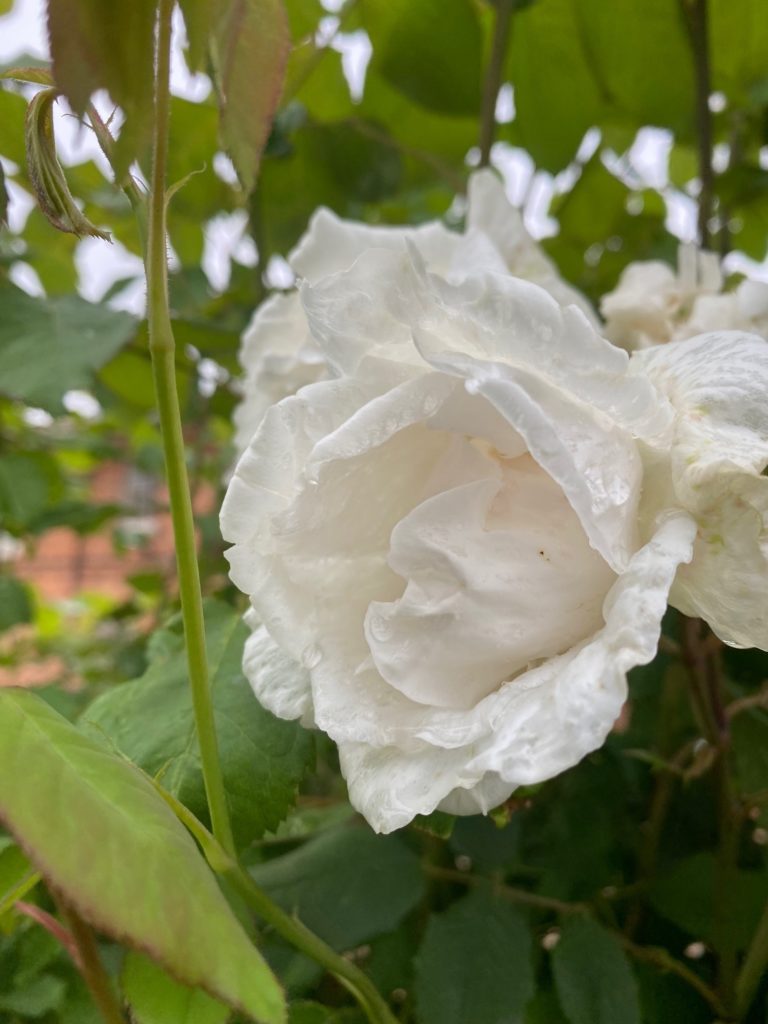 “Do not watch the petals fall from the rose with sadness, know that, like life, things sometimes must fade, before they can bloom again”. 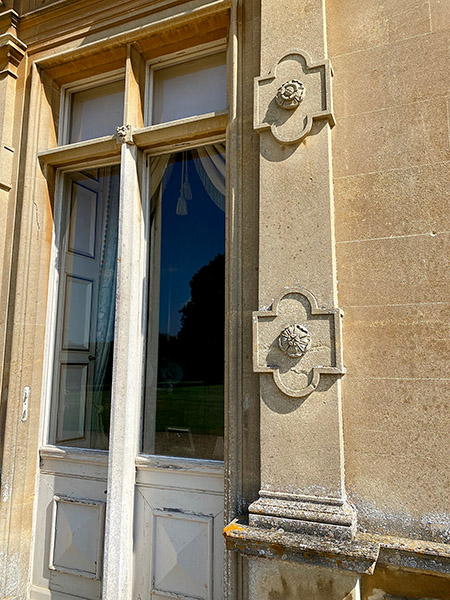 “Let him that is a true born gentleman
And stands upon the honour of his birth
If he suppose that I have pleaded truth
From off this briar pluck a white rose”.

“Let him that is no coward and no flatterer,
But dare maintain the party of the truth,
Pluck a red rose from off this thorn with me”.

The resolution, which was dramatised in Henry VI Part I, Act II, Scene IV, came when Henry VII married Elizabeth of York, thus allying the two factions and creating the Tudor Rose which can be seen in the stonework on the castle.

Roses have no national boundaries and the French rose, Rosa gallica, is the oldest known garden grown species dating all the way back to the Greeks. In the late 1700’s, the French became world leaders in both knowledge about, and the breeding of, roses. Throughout that century and beyond French breeders were responsible for popularising and hybridising countless rose varieties. By 1780 they had produced more than 2000 varieties and by a decade later that number was nearer 5000 – je vous remercie de tout cœur. 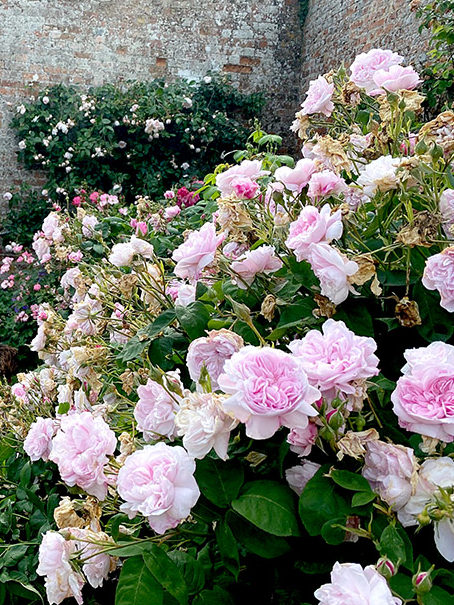 Most of these roses fall into the category of ‘Old Roses’ which are broken down into gallicas, damasks, albas, centifolias and mosses. They tend to flower just once but prolifically in summer and are highly fragrant. Four of my favourites are three French mesdames – Mme Isaac Pereire, Mme Hardy and Mme Alfred Carriére along with the famous Louise Odier and they too have been planted in and around the gardens.

So I hope that those who walk through the gardens take time to smell the roses and enjoy them as much as I do. To return to Shakespeare:

“With sweet musk-roses and with eglantine:
There sleeps Titania sometime of the night,
Lull’d in these flowers with dances and delight.”