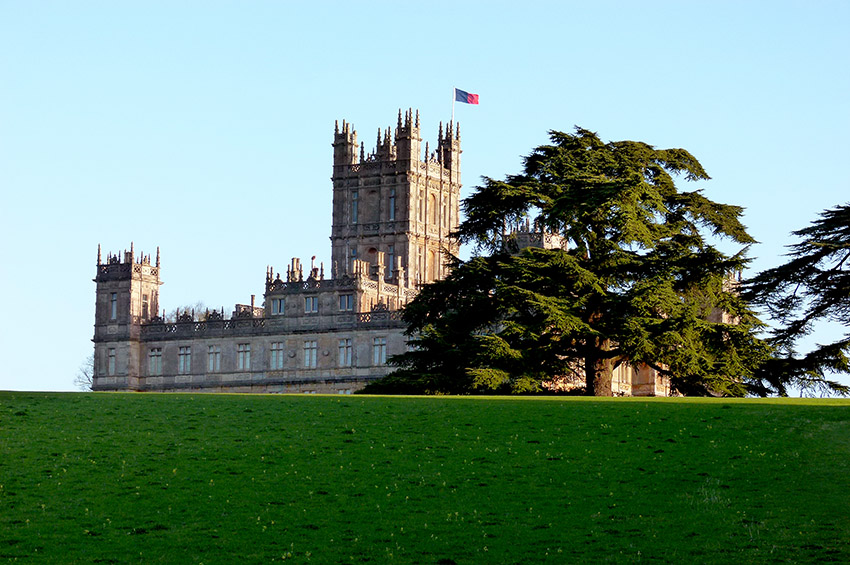 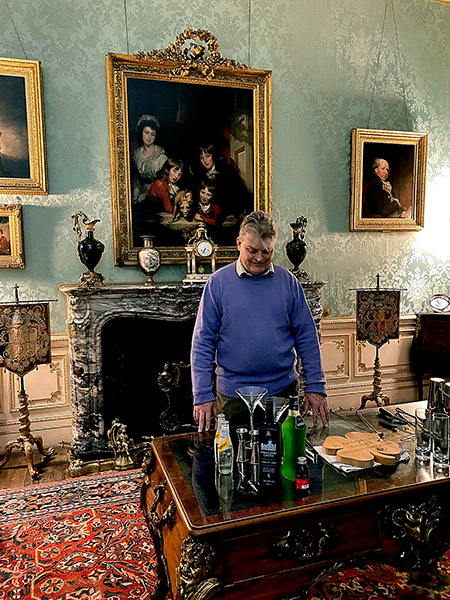 Last Friday we gathered in the Green Drawing Room to host a virtual cocktail party to celebrate St. Patrick’s day. We were two days late, as Highclere Castle cocktail evenings are on a Friday whilst St Patrick’s day is always celebrated on March 17th which in this case was a Wednesday.

March 17th commemorates the day of his death and such precision is somewhat surprising given that he lived in the 5th century AD and no one is even sure of the year of his birth. Accordingly, we decided that we did not need to be so literal, that days and dates are increasingly merging into each other in any case in these strange times and, channelling the Dowager Lady Grantham’s “what is a weekend”, Friday would be just as good as Wednesday. 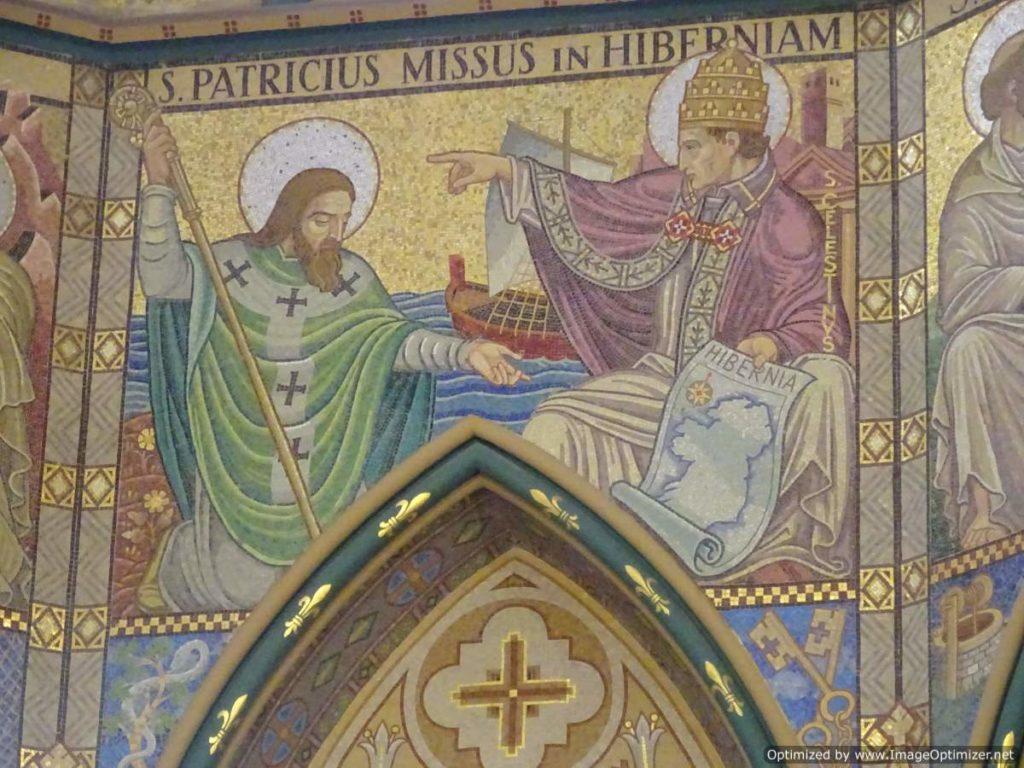 St Patrick is the patron Saint of Ireland but was born in England, probably in the northwest, possibly Cumbria, to Roman parents. As a boy, he was kidnapped and abducted to Ireland where he worked for six years as a shepherd before escaping and fleeing back to England. He became a cleric and later returned to Ireland where he converted and baptised thousands of people, becoming the founder of Christianity there. 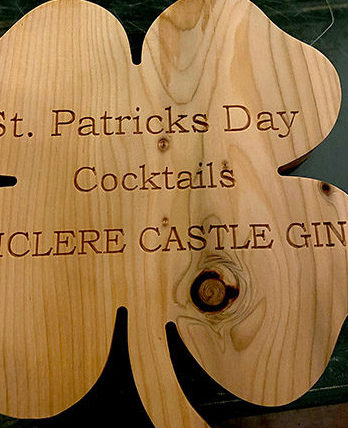 One of the ways in which he explained the doctrine of the Holy Trinity  to his audience was famously by using a shamrock as a metaphor which, as a result, has become the symbol of Ireland.  He became the first Bishop of Armagh  and Primate of Ireland  It wasn’t all plain sailing – for many years he was still essentially a stranger with little protection and, like many others in that situation, was beaten and robbed of everything he had. Usefully it is also claimed that he banished all snakes from Ireland which is why there are none there. Eventually, he did return to England where further legend claims he founded Glastonbury Abbey and might even be buried there. Thus, there is the beautiful simple chapel of St. Patrick’s which lies within the grounds of the abbey. 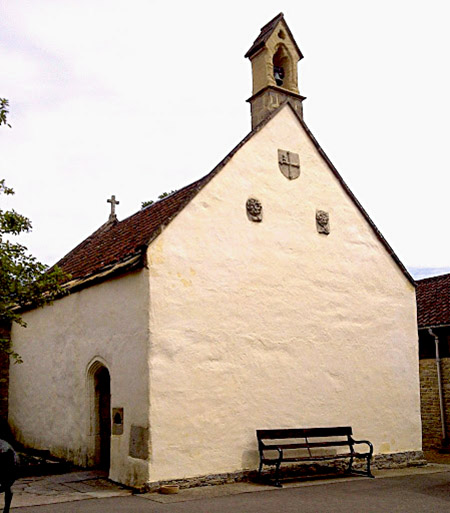 Today, Glastonbury is probably more famous for its festival, for the amazing music and even more legendary mud resulting from the almost inevitable bad weather. Whatever its claim to fame now, evidence from ancient timber trackways suggest that the area has been inhabited since Neolithic times and it has continued since those times to find a role as a crossroads in a flat and often flooded landscape.  A festival is by no means new – it is just the nature of the entertainment which has changed over the centuries.

Some of the great treasures of the world are books and St. Patrick is acknowledged as having written two: the Declaration or Confessio which is a short account of his life and another entitled Epistolo. Both are written in Latin, the language of the church although, records suggest he spoke and preached in both Latin and the vernacular.

In those days, most people could not read and all books were written in Latin. Indeed, it was not until the 9th century that books were available in English when King Alfred took the unusual step of commissioning the translation of six key texts so that more people could have the benefit of their wisdom. St Patrick would have been dependent on storytelling to relay his point and this aural tradition continued for a millennium or more with tales handed down generation to generation. Books and stories lead to songs, plays and musicals, tying people and cultures together. 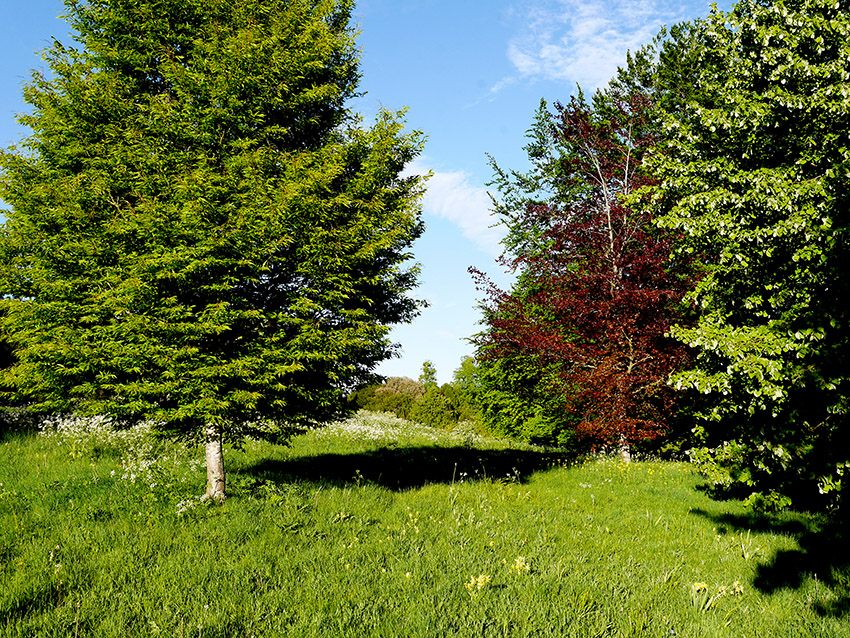 For many they have been a life saver during this pandemic, a way to visit new places and share other peoples’ lives at a time where these things are not available to us in real time. Writing them is a slightly lonelier experience and my recent experience with my latest book has involved long hours in my study with only the radio for company. However, the end object is to have fun, to have something to share, to discuss and to converse.

I hope the green shoots of Spring so strongly associated with St Patrick will encourage a revival in us all. Happy (belated) St Patricks Day – Slàinte Mhath.