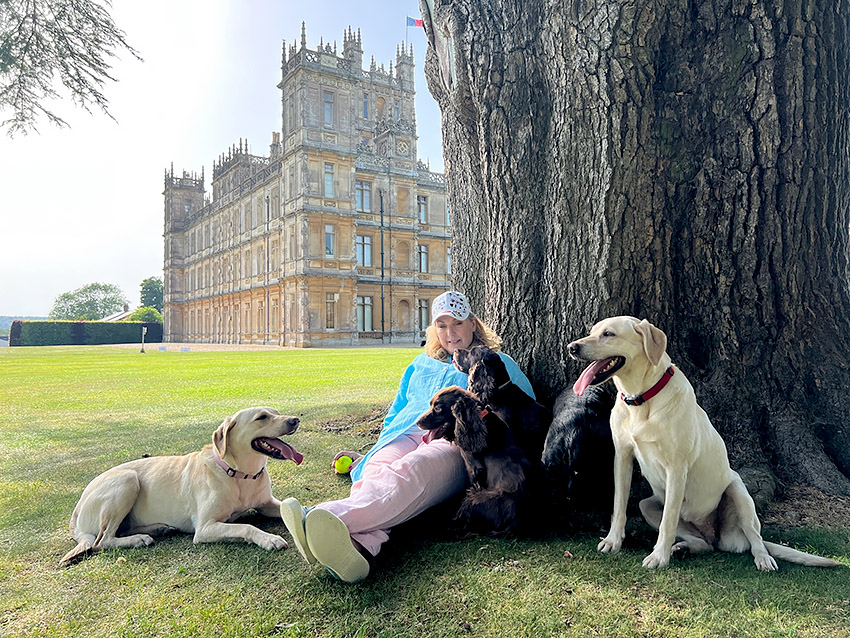 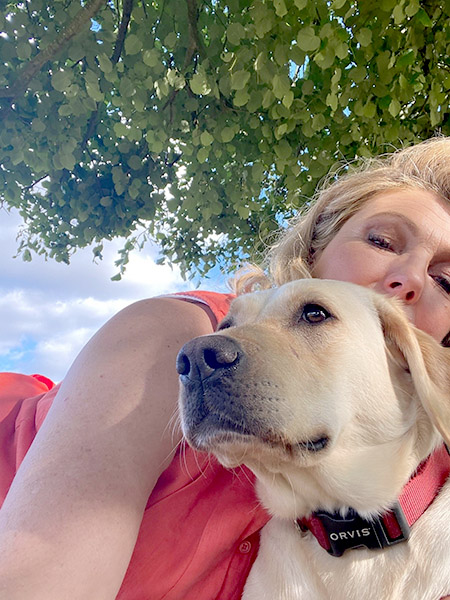 The wonderful thing about all my dogs is that they are never bothered by what I look like. Even if I have had a tough day, they greet me with delight, tell me to take out them for a walk and, rather like boomerangs, bounce out with enthusiasm but keep coming back to check I am still walking with them and that I am alright.

Stella has been a star since she was a puppy with quite a lot to say for herself and she in particular has always focused on what I am doing and where I am. She and her sister have hardly ever been apart and seeing them sprawl on their beds, a paw across one another just to check, brings a relaxing smile to my face each and every time. 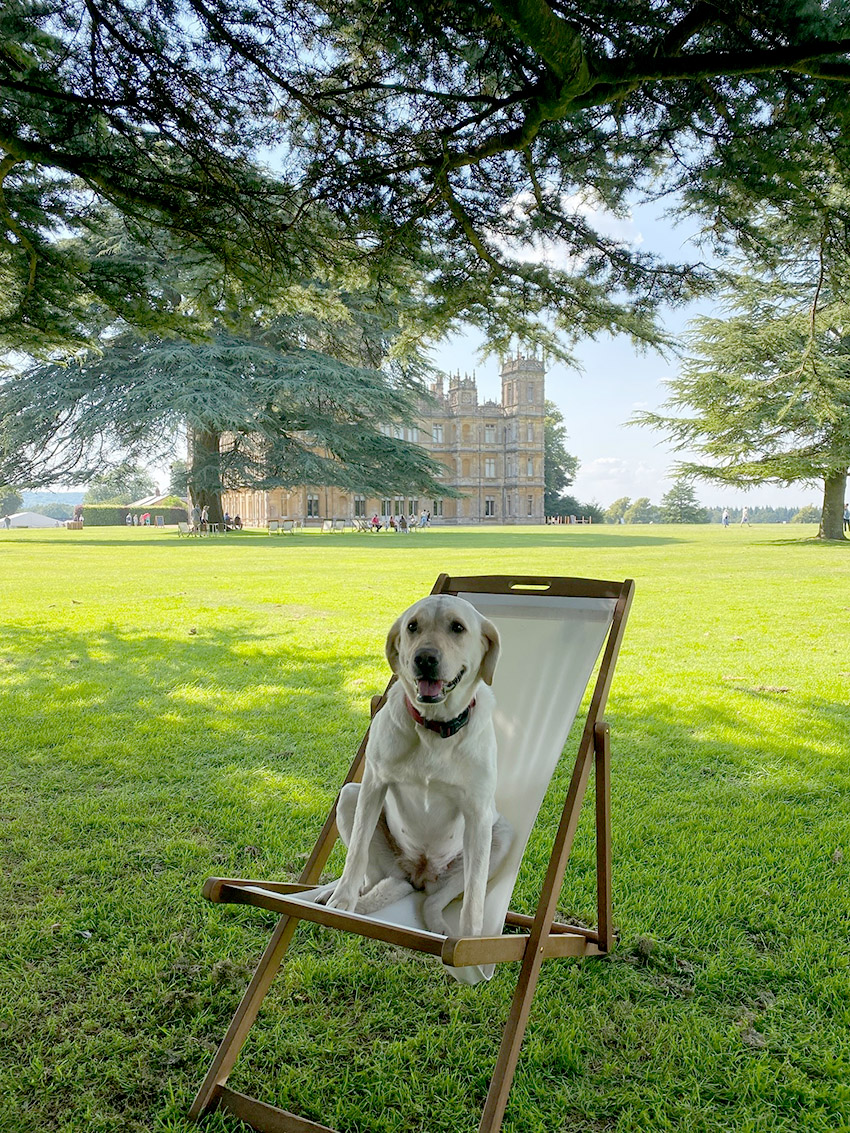 If, however, you take an “l” out of her name you get a different sort of “Stela”. This sort of stela is an ancient tablet, usually with a curved top, which was often used to record royal decrees. The ancient Egyptian term for a stela was “wedj”, which originally meant “command” and stems from “wedj-nesu”, “royal decree”. 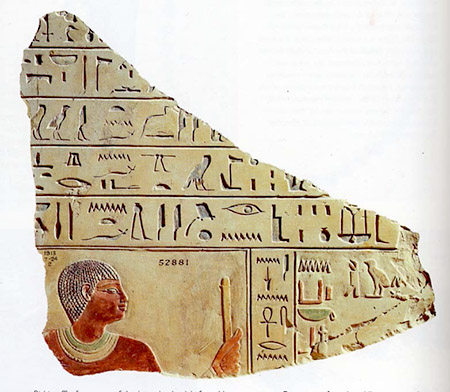 A Stela relating to Intef (at Highclere Castle)

Funerary stelae recorded the names, titles and representations of the dead in order to keep their memories alive and we have probably taken the “design” of tombstones in a church yard from them. As usual in any civilisation, they were part of the attempt to understand death and commemorate and remember the dead.

Stelae were also used to mark boundaries and the earliest ones have been dated to 3,400BC in southern Egypt. The writing on the Stelae proved a puzzle for many centuries and added to the mystique, wonder and superstition of the ancient Egyptian civilisation. The Greeks called these “characters” hieroglyphs, a word meaning “sacred carvings” but it was only just over 220 years ago that two men, the English scientist Thomas Young and the French linguist Jean-Francois Champollion, began to deduce that the signs were phonetic as well as ideographic, representing concepts. 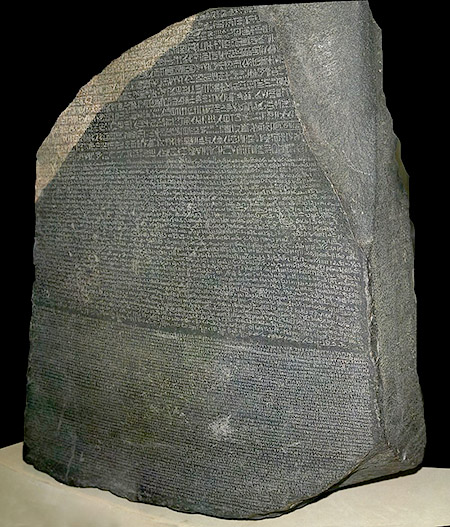 Their key to deciphering the signs was of course the Rosetta Stone written in three languages along with Champollion’s thorough study and knowledge of Coptic.

Hieroglyphs are beautifully executed and almost a form of art. History was important to the ancient Egyptians and hieroglyphs recorded the past, written all over the inside of temples, tombs and monuments. The arrangement of the symbols is sophisticated and the fact that so much has lasted, carved in stone for painted on a wall, for all of us to wonder and admire in succeeding millennia is testament to how much care they took with their records. 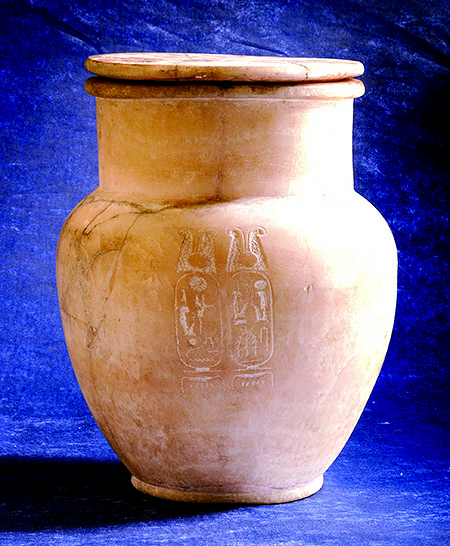 The names chosen by the Pharaohs are equalling telling, reflecting representations of the solar cycle and the concept of light and eternity. Just like today, rulers were expressing the concept of their royal authority over the order of the world and surrounding cosmos.

Back to my Stella, dogs were clearly also part of everyday life in ancient Egypt. The word for a dog was iwiw, an onomatopoeic reference to its bark and they were painted into everyday life, sitting underneath chairs and given names. In one case, a royal guard dog called Abutiu received an elaborate ceremonial burial in the Giza necropolis as a beloved dog of a pharaoh who lived some time before 2280BC though which one is not known. 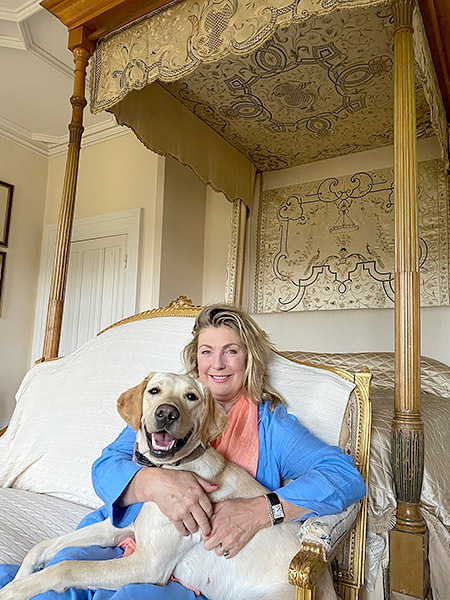 The Egyptian god Anubis was represented either as a recumbent jackal or hound or with a jackal or hound’s head on a man. He attentively helped conduct the dead into the afterlife just as dogs guard and herd in everyday life.

Stelae offer such a window into how the Pharaonic civilisation thought and lived whilst my lovely Stella  ( and friends) remind me every day of the important things in life, of taking care of those we love and paying attention to our surroundings, they are my treasures…