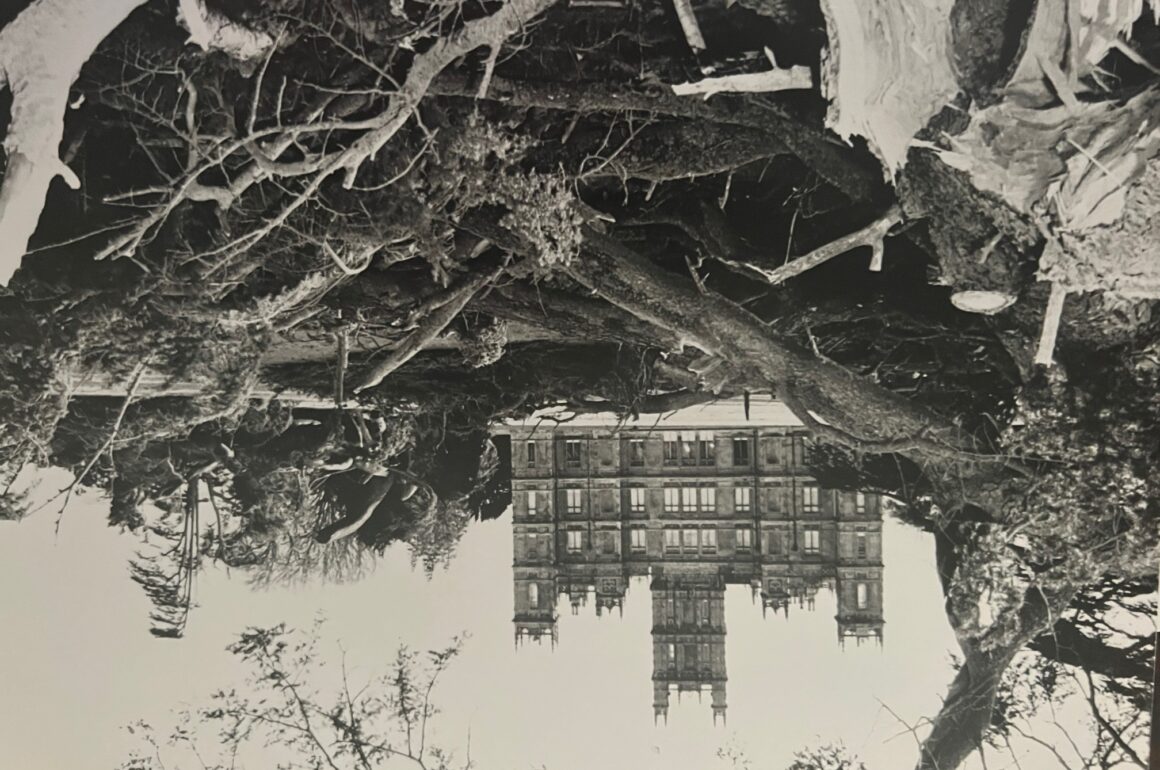 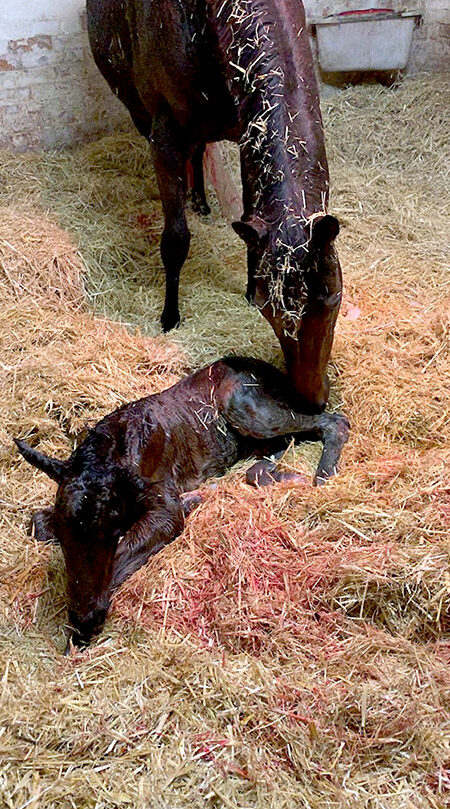 Last February, a tiny bundle of legs was born into a very stormy world but, despite the weather outside, this little foal was soon warm and safe on the straw in a thickly banked stable. The storm outside was not quite a hurricane but, at the time, the power and speed of the wind was unbelievable. As a consequence, over the next few weeks we found that several hundred trees were lost or had to be taken down here at Highclere. Mostly beech trees, some were quite young, only thirty years old or so, but sadly dignified veterans succumbed as well. I am not sure if there was a pattern.

Like Kings Lear “and thou, all-shaking thunder,
Strike flat the thick rotundity o’ the world!
Crack nature’s molds, all germens spill at once
That make ingrateful man!” 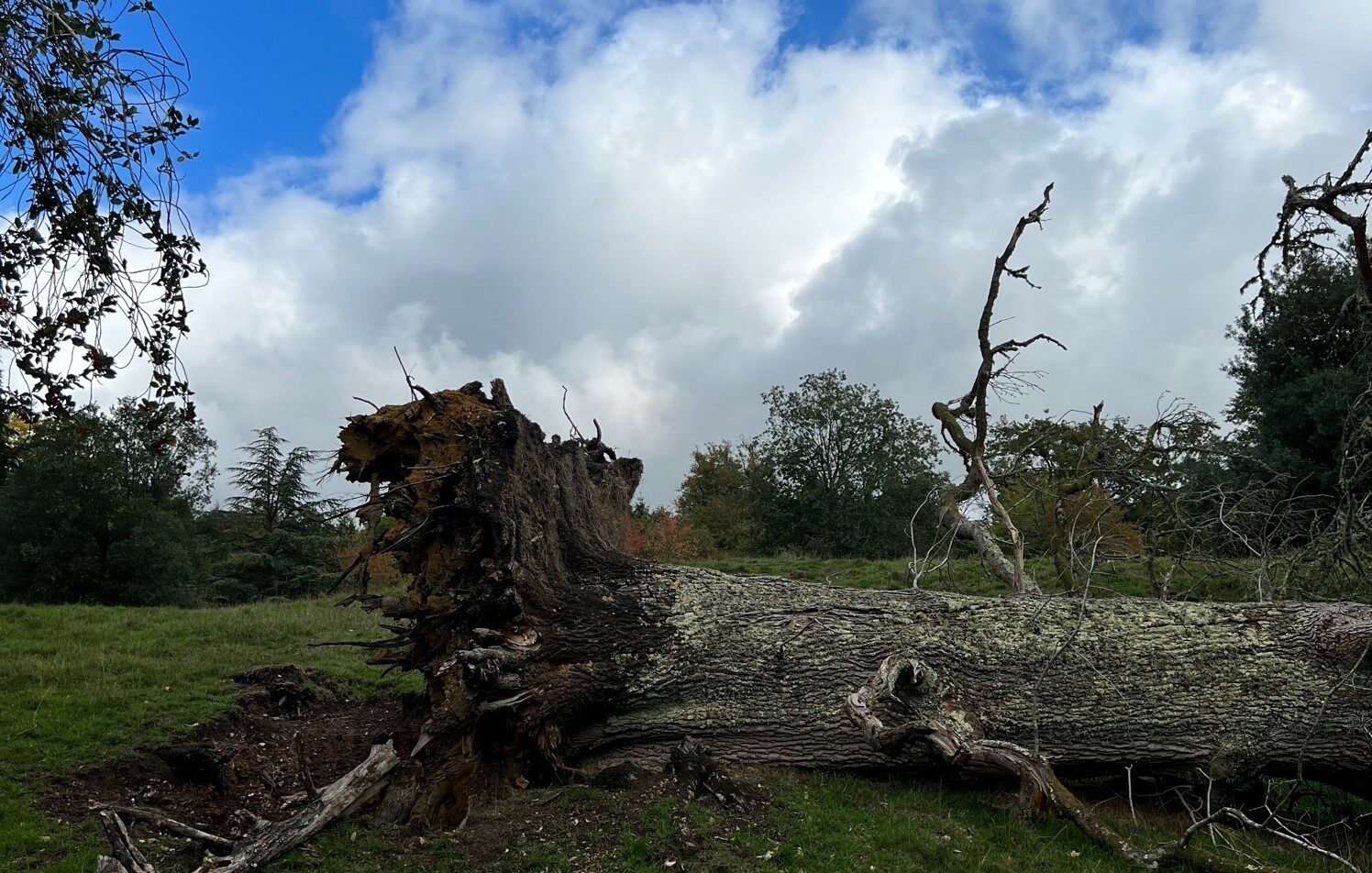 We may well be ungrateful but storms are naturally the result of complex weather systems, of unexpectedly deepening depressions from which we need to shelter before we re-emerge. What follows is often such a calm breezy day that it is hard to recollect the terrible weather which preceded it.

However, last February’s grim weather was nothing like the “Great Storm” of October 16th which happened 35 years ago, in 1987. It began relatively innocuously the day before with the Met Office warning of a depression which had originated in the Bay of Biscay leading to gale warnings for the English Channel. Forecasts mentioned strong winds and heavy rain but like everyone else I went to bed with no great worry. 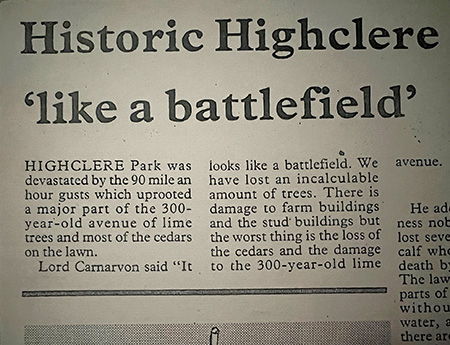 I am sure many of us remember where we were when the full force of the storm hit. Winds measuring Hurricane Force 12 wreaked havoc across north west France and southern England, causing substantial damage and felling some 15 million trees. Electricity cables short-circuited, the main system overheated and, at the height of the storm, the decision was made to shut down the entire south eastern power systems in order to have something to bring back up. Some parts of the country were without electricity for nearly two weeks.

The French meteorological service predicted the ferocity of the storm with greater accuracy than the UK Met Office but, as both systems were knocked out by it, much of the data was lost. Storms of such a strength tend return every 30 to 40 years but they usually track further north rather than over the densely populated south of England. 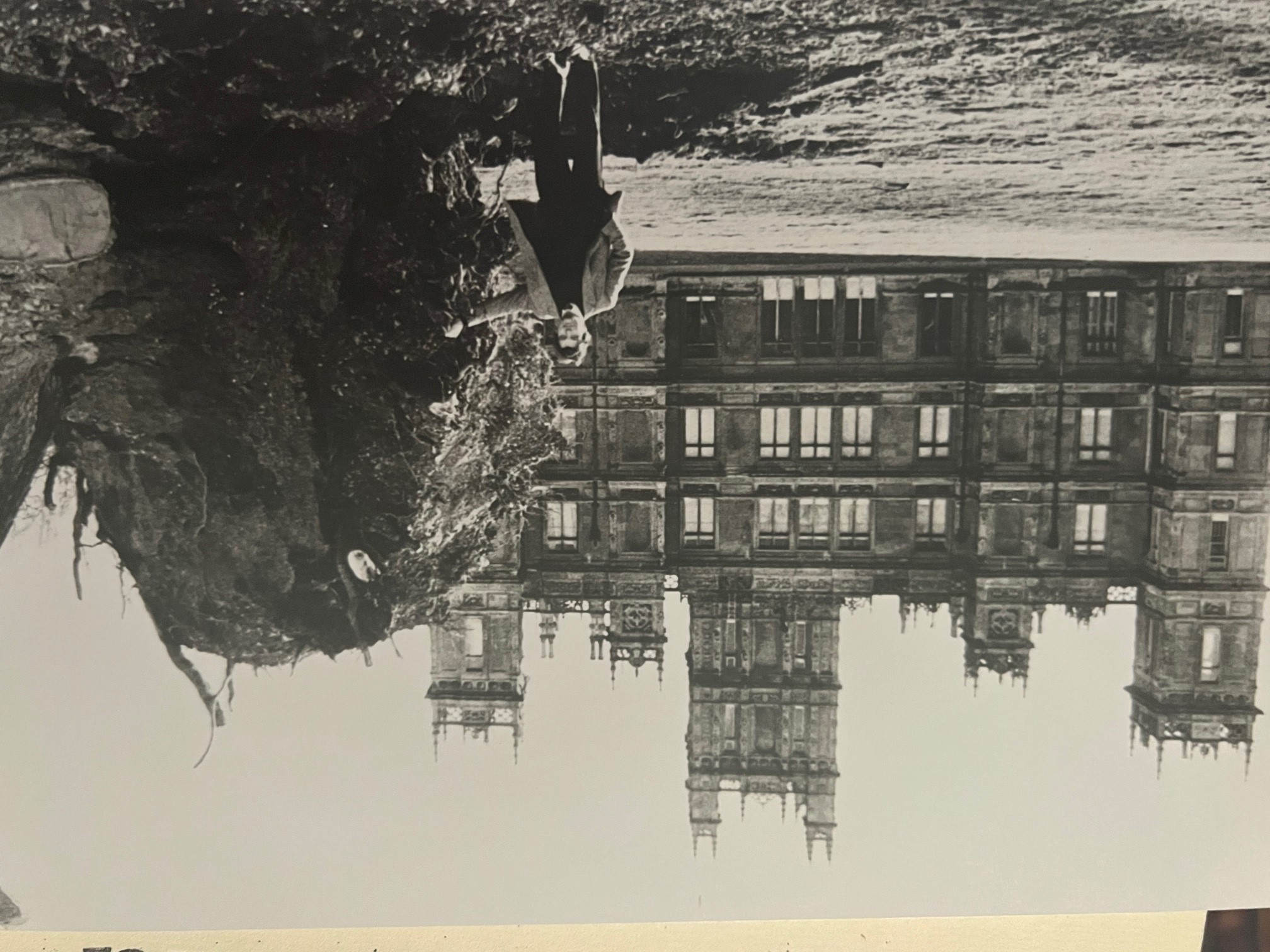 Swathes of ancient trees vanished but the occasional silver lining was the opening up of some new views and vistas. Most had to be cleared away but where possible, they were left to become part of the natural regeneration of forested areas over the next few years. A further storm in December 1989 felled yet more trees at Highclere which had already been weakened by the storm two years earlier.

The cedar trees at Highclere grow into magnificent specimens – they have more water than in their native Lebanon and thus grow larger, their spreading limbs stretching out across the lawns. Despite well-developed root systems, they were knocked over like huge matchsticks to lie prostrate on the lawns around the castle. 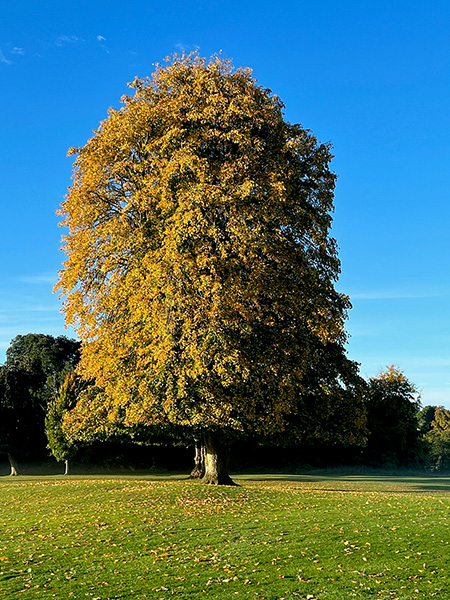 The plus side was that the destruction opened more views around the lawns and gave the park a more spacious feel but these iconic trees shape Highclere’s landscape so the next few years were spent replanting. 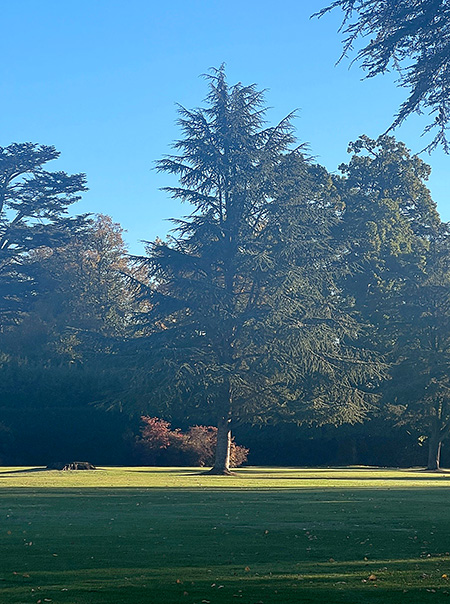 Thirty-five years later these youngsters are starting to look less gawky and offer the beginnings of the majesty of their older neighbours. Like so much in life, age and experience has its advantages in that “skilful pilots gain their reputation from storms and tempests.” (Epictetus)