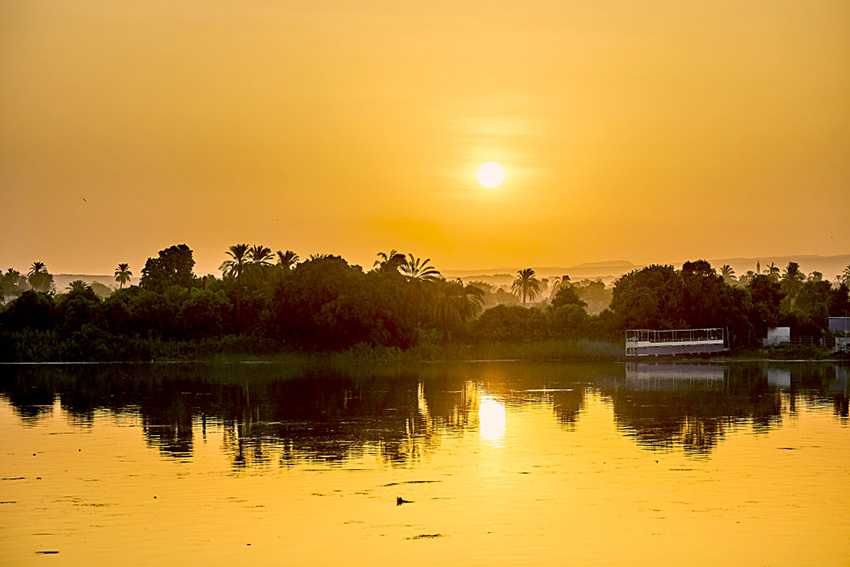 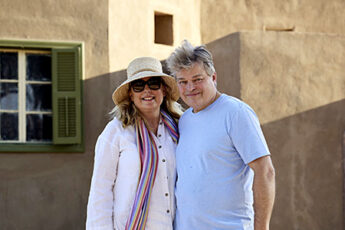 Last week, Geordie and I were honoured to be invited to Luxor in Egypt to celebrate the discovery of the rock cut steps that led to the of the discovery of the tomb of Tutankhamun. For millennia Egypt’s ancient history has inspired the hearts of travellers and none more so than Geordie’s great grandfather, the 5th Earl and from 1906 until the end of his life he spent 3 months of each year there, in Egypt, working at various archeological sites.

Luxor lies not quite midway between Cairo some four hundred miles to the north and Aswan which is approximately 250 miles to the south. Perhaps 4000 years ago this city began to grow at a point where the Nile slowly bends and almost makes the hieroglyphic sign for eternity – the horizon embracing the Ra (sun) and facing west. 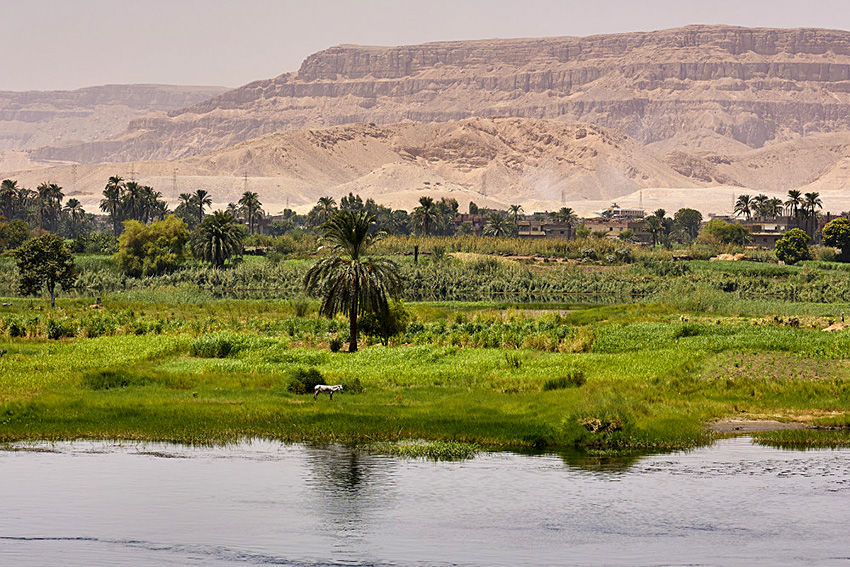 Ancient Egyptian religion was very much centred around the concept of eternity and their monuments often express a visual link to this. Yet the tomb of Tutankhamun also revealed the practical details of everyday life as well as the majesty of the pharaoh. 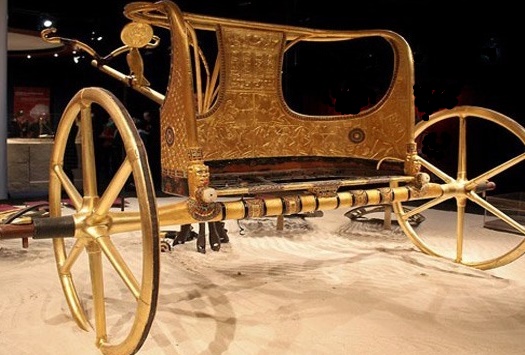 Tutankhamun was just a boy for much of his reign, given he was only 19 when he died, He clearly enjoyed fast driving (chariots) and hunting. He may have damaged his knee, and later his leg and he may have been struggling with malaria (mosquitos). Curiously, Lord Carnarvon damaged his knee, (fast driving), loved hunting and was bitten by a mosquito which led to complications and his death. Despite the 3000 years that separated them, neither man had the benefit of antibiotics and severe infection probably killed both of them. 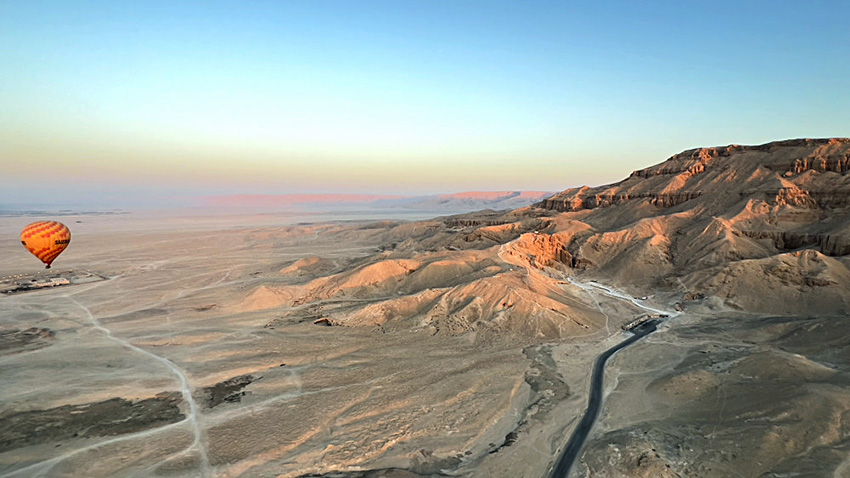 The 5th Earl of Carnarvon found the modern Egypt intoxicating with its warmth, energy and the camaraderie of the local people with whom he worked. He never failed to mention the Reises (the Egyptian leaders of the men working on the digs) in written or spoken word, to say thank you. They in turn affectionately called him “Lordy” and when they finally opened the shrine room in February 1923, it was his local team he chose to thank first. Without their hard work and support he and Howard Carter would never have found the tomb. 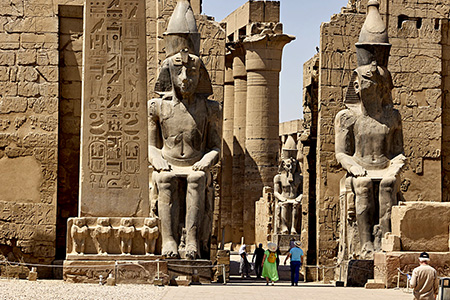 On the evening of the 4th November, we were asked to a dinner laid out in the temple of Karnak, mesmerizing and almost beyond words. It was particularly poignant because, in the early years of their life in Egypt, the 5th Earl and his wife Almina had organised a dinner in the same temple, inviting all the local dignitaries as well as Professor Maspero, Georges Legrain and other eminent Egyptologists. For all our advances today in everyday life and technology, I cannot think of anything to rival the majesty and feeling of timelessness that is present in these extraordinary buildings. 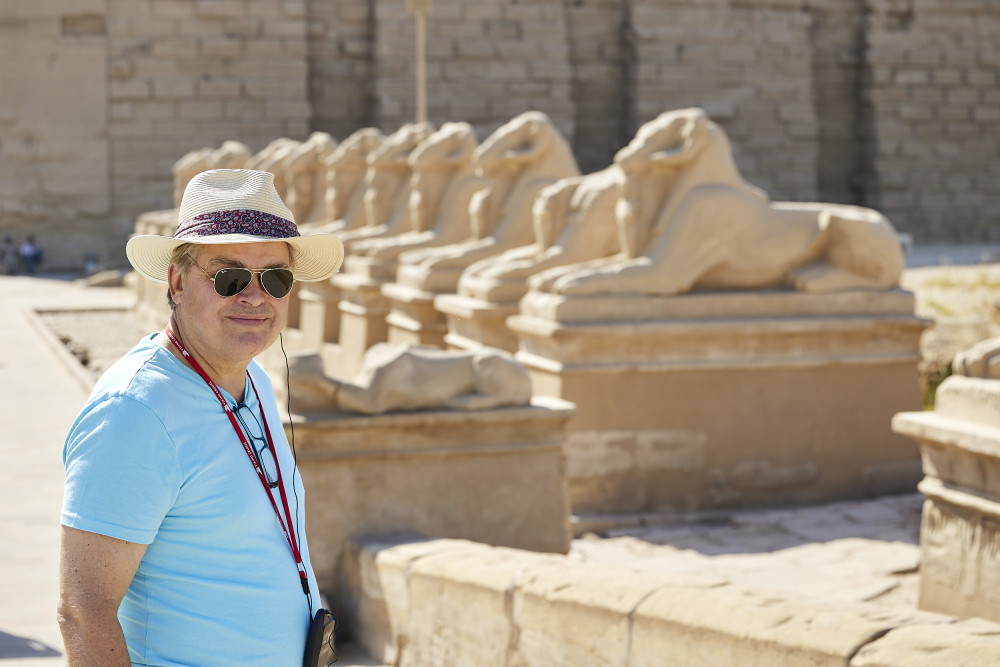 George Herbert, the poet, spent much of his life and poetry trying to reconcile the peace offered by the divine and his own innate restlessness. In the poem “The Pulley”, he sought to explain that mankind was offered every gift except rest so that if goodness would not direct our life, then restlessness would make us turn to God. His distant descendant George Herbert (Lord Carnarvon) was endlessly inquisitive and restless. Amongst the warmth and light of Egypt, however, he never gave up.

Watching the mesmerising flow of the Nile, gazing at the banks at the farmers and their cows and the small boats swaying on the river, it is easy fall in love with this land just like Geordie’s great grandfather. Unlike other ancient civilisations the ancient Egyptians recorded their work in written history as well as in paintings on monuments. Today as then life continues around the Nile flanked both by vernacular mud brick houses and the immense remains of broken pillars, temples and statues. 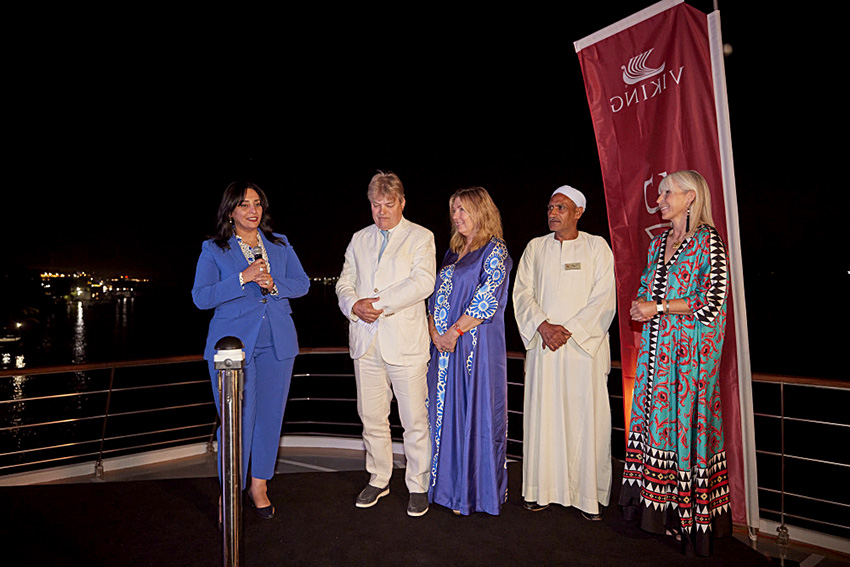 Today, both Cairo and Luxor seem not just to be preserving the past but to embody an energy for the future. Geordie is now Godfather of the Viking river boat “Osiris”. Associated with the cycles in nature, Osiris may have in reality been a shepherd who lived in Predynastic times, but he came to be revered as a god. The green colour with which he is often painted is about the revival of the earth, of nature and all that it gives us and is perhaps a respectful reminder of the importance of COP 27 taking place now also in Egypt.