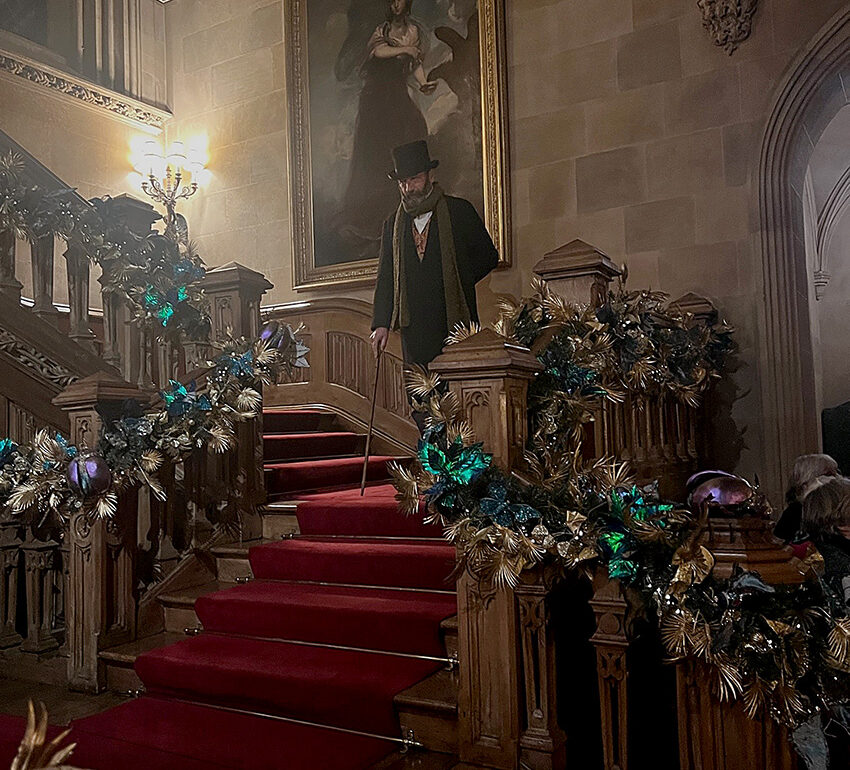 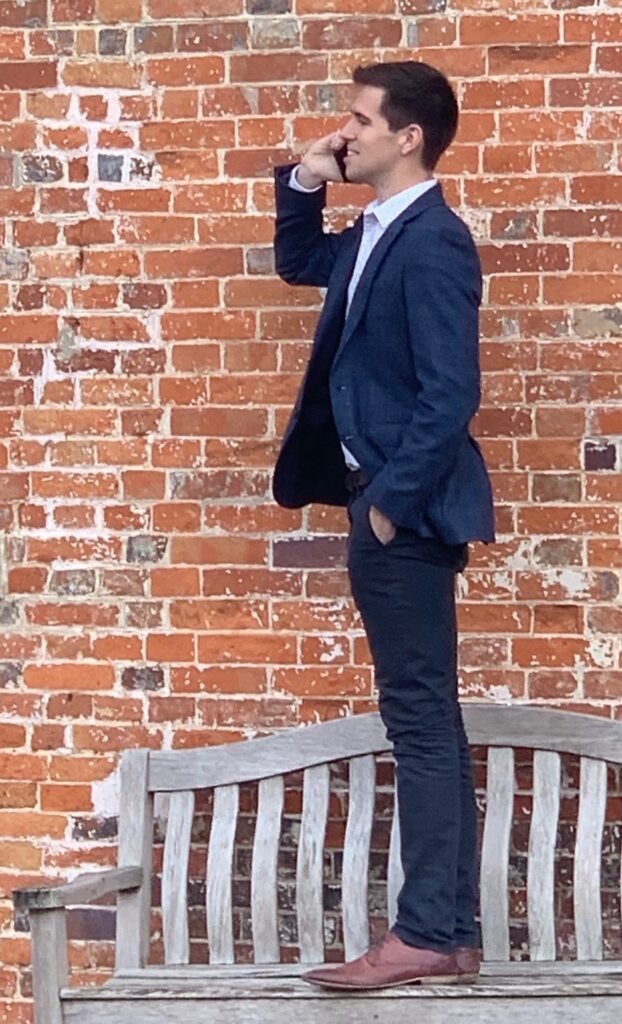 For the last few years, a rota of wonderful young interns has been part of my team here in the estate office, helping me with particular projects as well as the usual office workload. Hopefully this helps not just their experience and life skills but with their university fees too. One delightful, very bright young man’s surname was Dickens so he was inevitably nicknamed “What the”.

Despite the perhaps obvious association with the Victorian novelist Charles Dickens, the expression “What the dickens” pre-dates him by some 200 years. It was used by Shakespeare in “The Merry Wives of Windsor “in 1600:

“I cannot tell what the dickens his name is my husband had him of”.

One explanation is that the saying is actually a euphemism for the Devil, possibly via devilkins (a kind of mini-devil) so that what you are really saying is ‘What the devil?’ 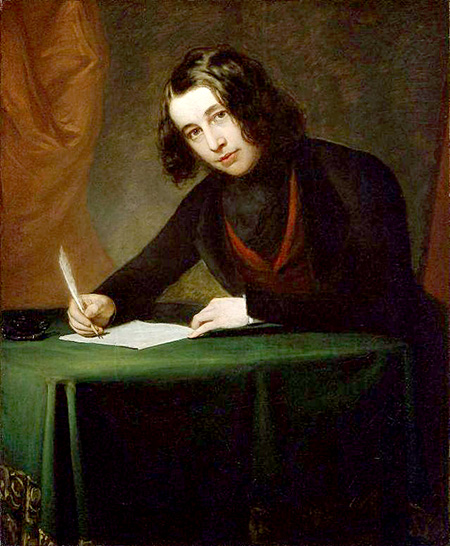 Irrespective of my interns and their nicknames though, yesterday and today we have welcomed the great great grandson of Charles Dickens, Gerald Dickens, to Highclere to entertain us and to act out one of Charles Dickens best known novels, “A Christmas Carol”, in the Saloon.

This story is a wonderful part of our Christmas here. Originally published on December 19th 1843, some 20,000 copies were sold in the two days before Christmas that year. In 1849 Charles Dickens began to offer public readings of the story which remained a hugely successful part of his repertoire until his death in 1870. Since then, the book has never been out of print, setting the benchmark for all subsequent authors. 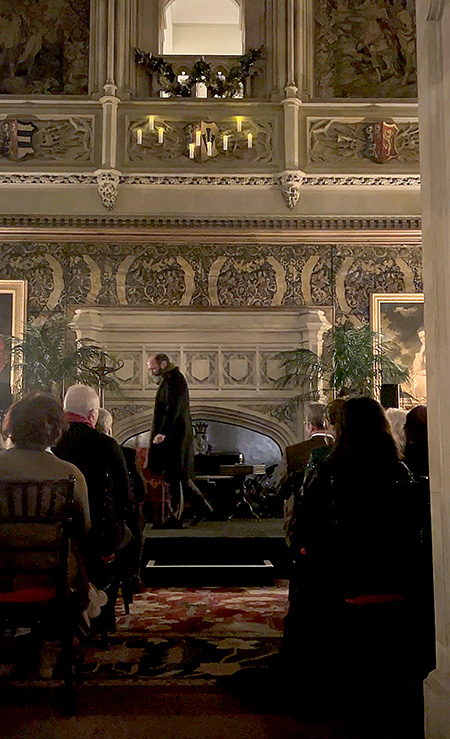 A Christmas Carol is written in staves rather than chapters and explores traditions and societal issues through the characters and stories. Some characters are so sharply drawn they have passed into our language. The name “Scrooge” has become synonymous with being a miser but of course he was transformed and took the chance of redemption which is the story of Christmas.

The exclamation “Bah Humbug” has also entered popular use as an answer to anything too sentimental and the catchphrase “Merry Christmas” is now universal.

Charles Dickens created a legacy from which we still benefit, promoting a humanitarian focus around family gatherings, feasting and games and reminding us to hold a generosity of spirits in our hearts and community. 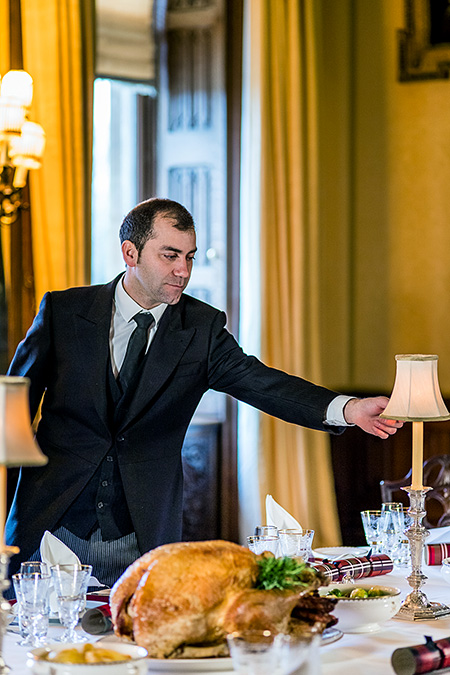 Whatever its lessons, “A Christmas Carol” is at heart great entertainment and Gerald’s performance is one of my favourite evenings of the year. I love turning around on my chair to stare as the formally dressed figure of the Victorian actor treads firmly down the Oak stairs and walks onto the stage, taking off his top hat and cloak to set the scene of this beguiling story. 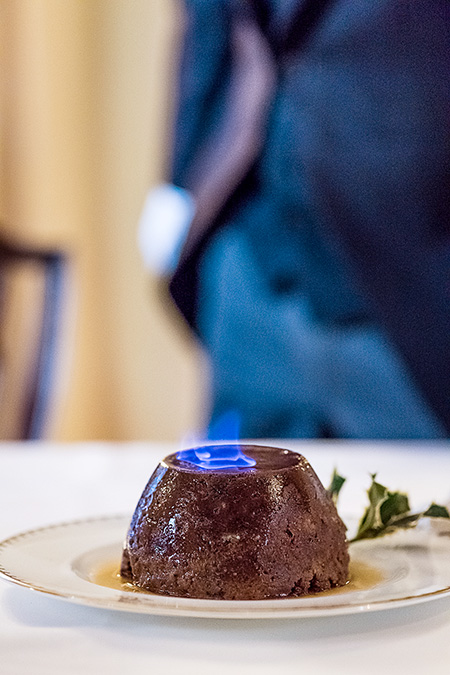 It concludes the Christmas events we share with visitors and guests after which all the Highclere team can draw breath before we ease down to the final days leading up to the big day itself.

“I will honour Christmas in my heart, and try to keep it all the year.” “God bless us every one!”