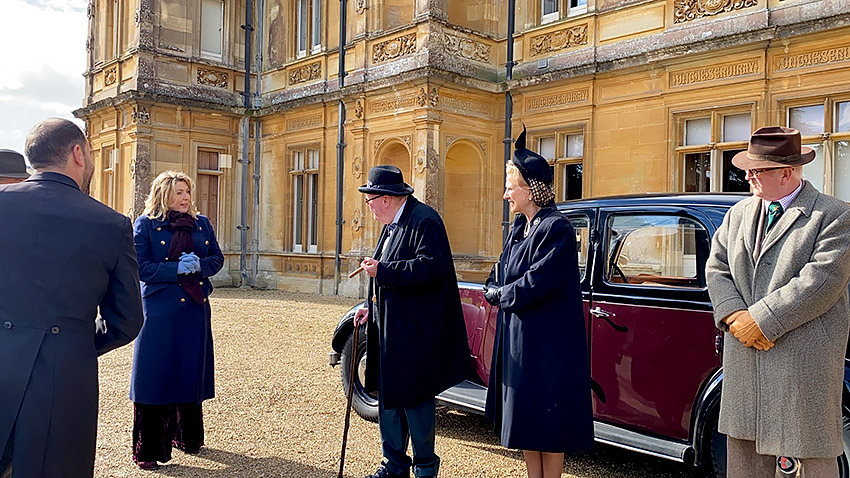 Arriving along the front drive flanked by outriders, the car turns to pull up outside the library doors on a warm late summer’s day.  Tall men dressed in overcoats move to open the car door and Luis (our own Mr Carson although Portuguese) is on hand to conduct a familiar figure, dressed in dark colours with his cane, across to where the Earl and Countess are gathered under the spreading cedar tree. 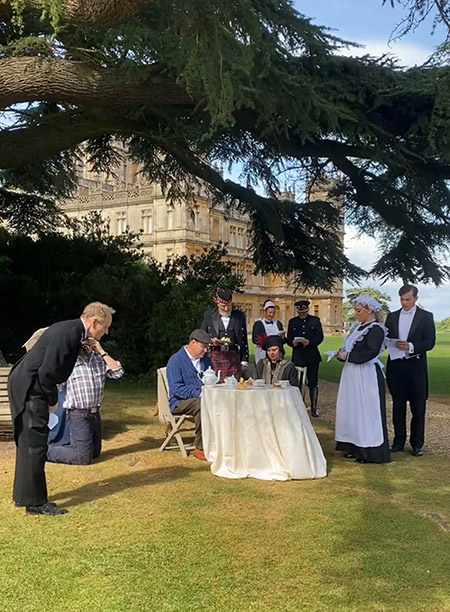 A delicious tea is set out on crisp white linen and those taking part in the scene surreptitiously look down at their scripts to check their lines. Each of them thinks it is strange just how much the few words they are responsible for keep tangling themselves up but reassure themselves that they can wing it if necessary.

My job this week is to finish writing up the little scene I have set out above which is for the amusement of the guests and participants at the “Magic of the Movies” weekend event which takes place this September.  Weekends have always been important to Highclere Castle despite the Dowager in Downton Abbey declaiming rather famously that she didn’t understand the concept when she asked Matthew “What is a weekend”. In the last century or so, big country houses have always revolved around wonderful weekend house parties and Highclere used to throw some of the best, entertaining an extraordinary and eclectic range of guests. 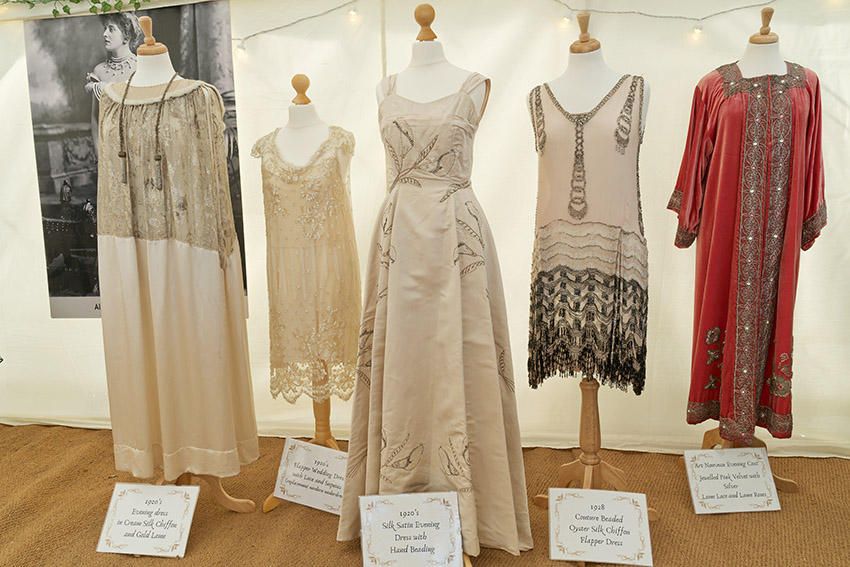 Movies are a little like magic in that they immerse us in another world. The whole experience, the vast screen and surrounding sound, as well as the popcorn, takes us away from our own challenges for a brief moment.  Bringing these concepts together, we have a weekend with entertainment of our own making along with an excellent jazz band, dancing, costume exhibitions as well, of course, tours of the castle. 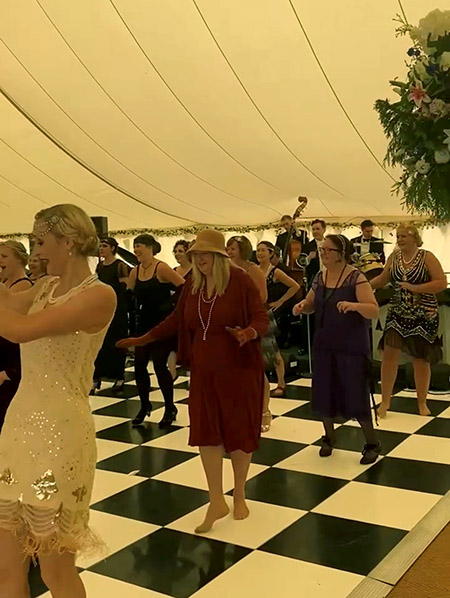 Last year we held the event just as we were all emerging from covid. The script was called “An Unexpected Guest” and my abiding memory is of laughter and fun and a lady who walked by me saying “thank you this is wonderful; I am so happy”. It was a sunlit scene but not too hot so once again we are hoping for the weather to be kind to us. 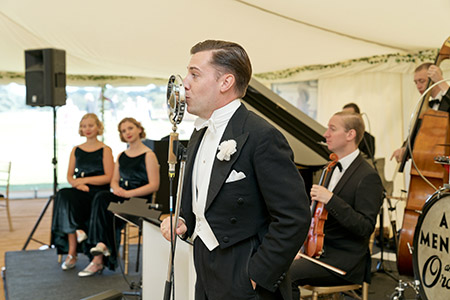 It would be excellent to have guests choosing to dress as Daisy or Mrs Patmore this year as they are such key Downton Abbey characters and my little scene needs afternoon tea so I can bring in the talents of those theoretically preparing it. Plus, since food is involved, inevitably Alfie and Scooby the Labradors may also both have to be in the scene as well.

Neither Downton Abbey nor my script have yet reached the era of WW2 so Churchill was not yet the commanding beacon of history he became. However, given he kindly offered to attend, there was no way I could resist. In any case, he can save the day.

Unlike other species with whom we share our world, we can look back, reassess, imagine and remember. We tell ourselves to live in the moment and enjoy the actual day but that is sometimes easier said than done. 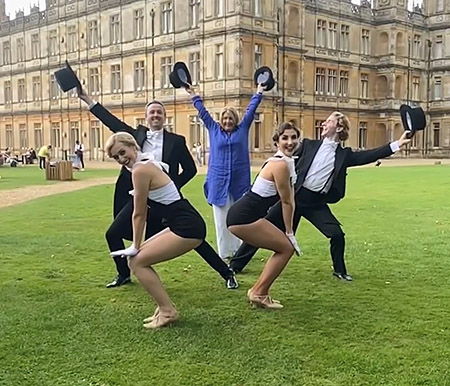 Gatsyby Guys and Girls – and me

We study the past in order to make better choices both for ourselves and for those who come after us but that sometimes gets waylaid. Churchill had a most imperfect career but ninety years ago he was beating a drum for tougher choices, for not waiting and seeing, not for nicer options but for the right options. He did not always say what people wanted to hear and some of his decisions did not then nor do not now sit well with our 21st century views but in the 1930’s he spoke from his heart and experience.

I think every happy moment increasingly counts for more these days but what is for sure is that in September at Highclere, Winston Churchill will once more save the day and make sure the family are not taken in by  “The Undesirable Guest”.