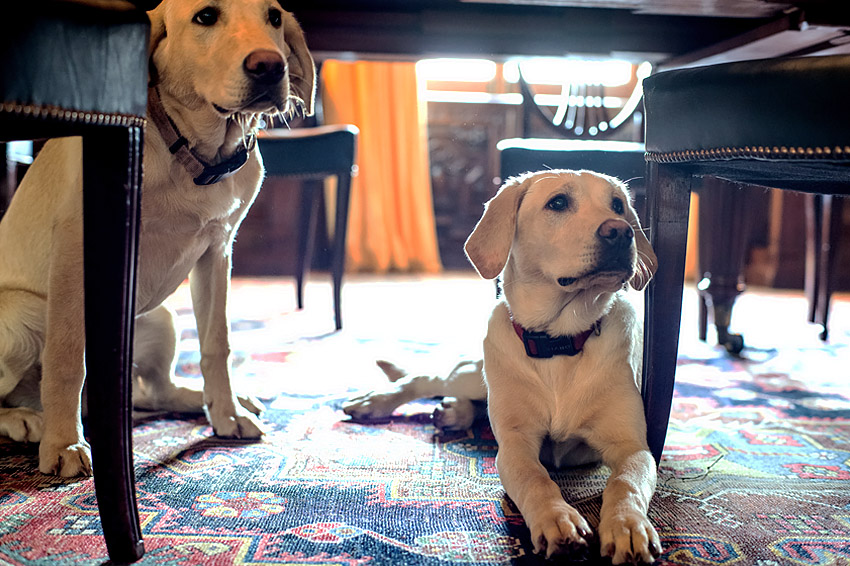 Shakespeare was born in England, Victor Hugo in France, Goethe in Germany, Dante in Italy and Yeats in Ireland. The list can go on and on but out of all the poets and authors, it is Robbie Burns from Ayrshire, Scotland whose work is sung around the world on New Year’s Eve and it is his birthday (January 25th) that is the only one that is celebrated every year both in, and far beyond the shores of, Scotland. 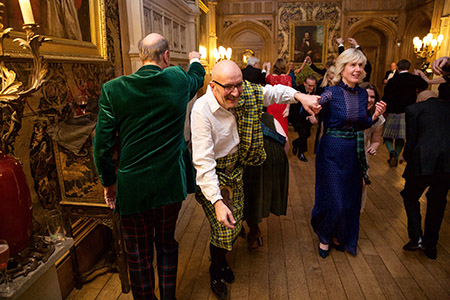 Being partly of Scottish heritage, and a graduate of St Andrews university, I of course persuaded Geordie that we should welcome a Burns party to Highclere. It has proved a high point of the annual calendar though last year of course it had to take place by zoom. 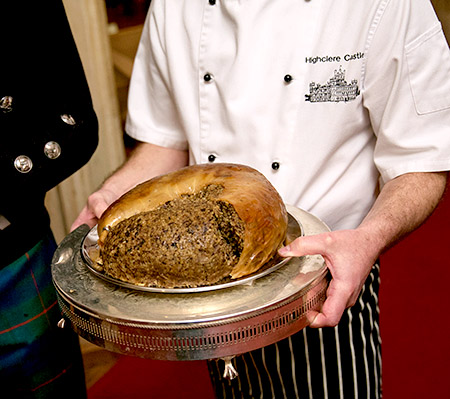 The evening has a lovely ritual, beginning with cocktails and reeling before processing into the dining room to the sounds of the piper, then the traditional menu and speeches and finishing with Auld Lang Syne.

At the heart of the evening is dinner with friends, exactly what we have all sorely missed for nearly two years. We begin with a little amuse bouche of haggis with “neeps and tatties”, before enjoying the traditional soup and main course, ending with Lord Carnarvon’s boozy bramble pudding. 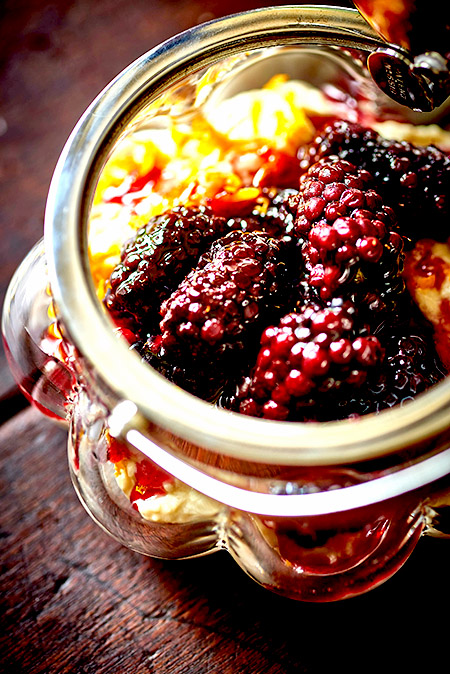 Between each course is a speech, the first of which is always the Ode to the Haggis whilst the second is a talk about Burns himself, a farmer’s son who was always broke and never travelled far from home.

Burns’ education was minimal. He failed to make a living as a farmer and had a short and discouraging stint as a tax collector before briefly joining the army before succumbing to illness. He died, destitute and in debt, at just 37 years of age but at least was buried with full military honours. Despite this, Burns’ night celebrates a life lived to the full, of wine, women and song, that made him famous all over Scotland.

The tradition of Burns night was started by a young Burns in 1780 at the age of 21 when he and his brother Gilbert, along with some other young lads, founded the Tarbolton Bachelor’s Club as a: “diversion to relieve the wearied man worn down by the necessary labours of life.” 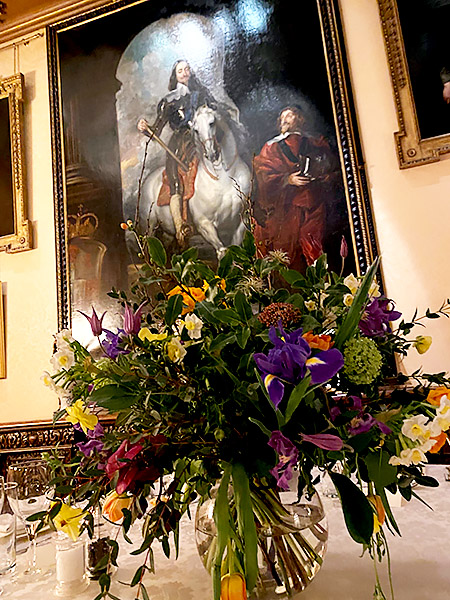 As its first President, Burns helped draw up the membership rules, one of which required that: ‘Every man proper for a member of this Society, must have a frank, honest, open heart; above anything dirty or mean; and must be a professed lover of one or more of the female sex’. He himself would most certainly be counted in the latter camp with many lovers to whom he wrote poems professing his affections. 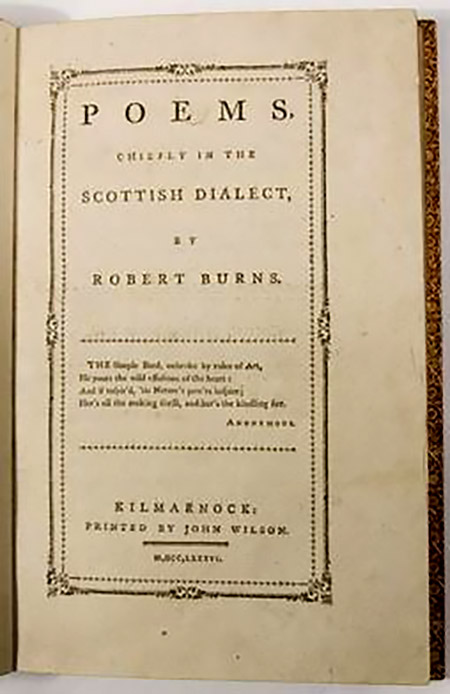 Later Burns would publish a volume of the poems which he had written over a span of some years – the famous Kilmarnock edition of 1786. His style is marked by spontaneity, directness, and sincerity. His agrarian life gave him a close connection with nature which can be seen in many of his poems such as “To a Mouse” or “To a Mountain Daisy” and he collected and preserved folk songs from all over Scotland. As a storyteller poet, Burns has few peers: is there a better short ghost story than Tam o Shanter?

In 1999, following devolution, the new Scottish Parliament opened with his poem “A Man’s a Man for a’ That” with its themes of equality and universal brotherhood whilst once more this week we shall sing together, here and around the world, a poem asking whether it is right that old times should be forgotten and which celebrates goodwill , good times and friendship:

The tradition of singing the song, with crossed hands linked when parting, is such a strong symbol of being together and, wherever we live it is perhaps not surprising that it has such a universal place.