Dancing at Downton in Rain and Shine 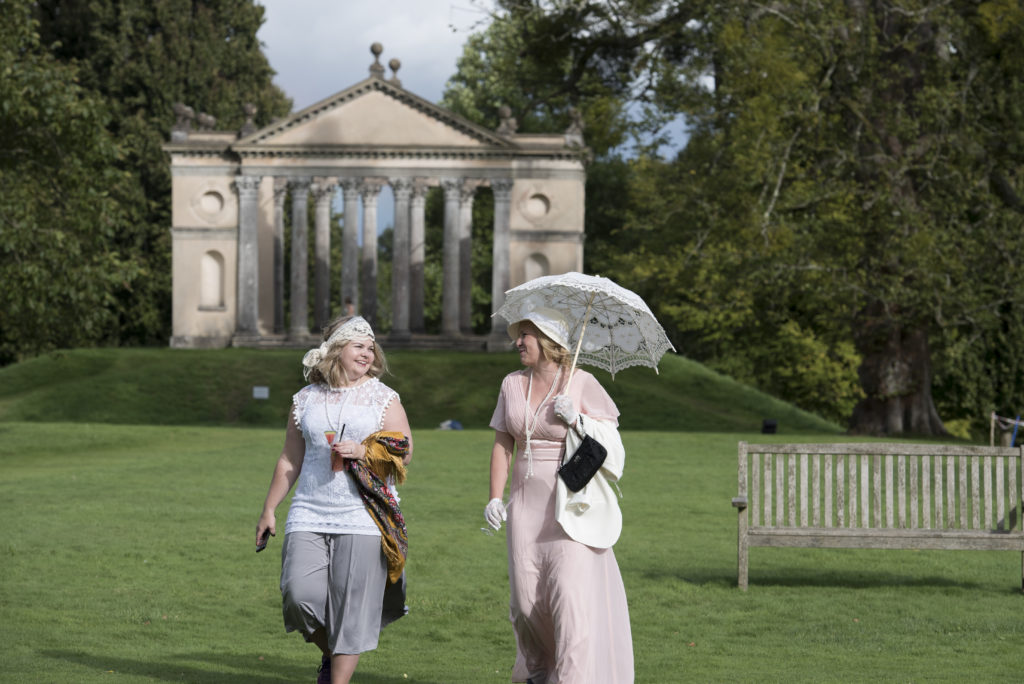 What a weekend!  We have just held our September “Garden Party” for the second year in a row.  The first thing to say is that, given the vagaries of our weather, this party was not focused around the gardens but around the house, costumes, music and entertainment. Still a garden party does not seem right without marquees on the lawn and we had three: two for dining and one for dancing.

Of course, the most famous Garden Parties are held by the Queen at Buckingham Palace in London and at Holyrood Palace in Edinburgh. They recognise extraordinary effort and contribution given by citizens in this country. Our Garden Party was simply to bring people together and to give pleasure in the same way that “Downton Abbey” brought friends together to dine and to watch it on TV. 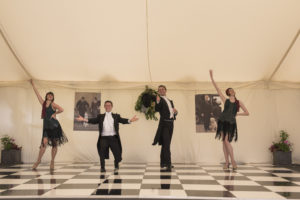 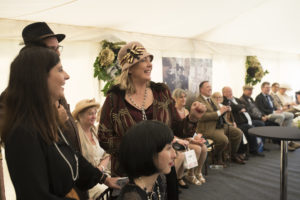 This past weekend, we suggested guests joined us here at the Real Downton Abbey, dressed for Downton Series 3: the 1920’s. This was not just to watch but to take part. Walking up the drive no-one could miss the carousel and many guests went round several times. It took us all back to childhood. Just nearby, Sarah from the gift shop team compered the croquet. In front of the Castle, the policeman on stilts helped clean the vintage cars after a shower.  Walking past the famous pink sofas in the Drawing Room where a pianist was playing the Steinway piano, I stopped and turned because I suddenly heard an extraordinary, warm lyrical voice singing. A visitor in an elegant dress and hat knew the song being played and entertained us all. We persuaded her to carry on – the impromptu concert continued. 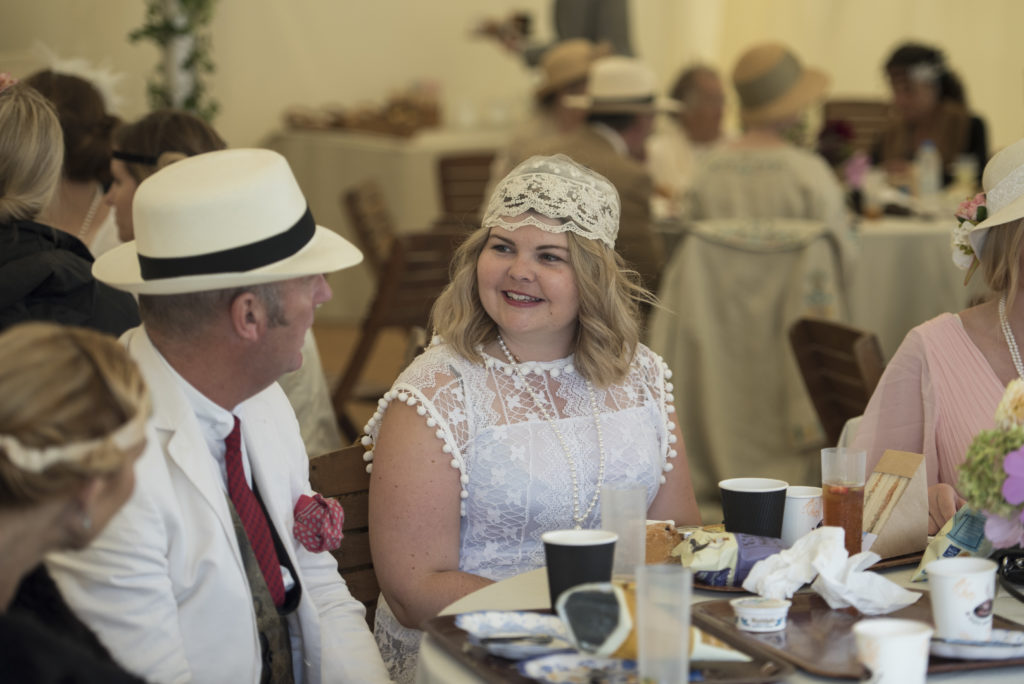 On a large Downton filming day here, there might have been 200 extras along with the central cast and crew, so we replicated the numbers to give everyone who came, the feel of such a day: enough so that the place bustled, but not so many that there wasn’t shelter for all during the periodic rain showers. There were prizes for guests who wore the best costumes and hats, and everyone had to dance.

The Charleston dance is synonymous with this era and named for the city in South Carolina. We had some great teachers tripping the light fantastic before taking us through a series of steps. It is impossible not to be happy and smiling whilst dancing the Charleston, enjoying the ragtime jazz with its syncopated rhythms – we all had to sway with our arms and get those feet tapping.

Also on the lawns, we had our new (to us) little Citroen van serving cocktails and coffee. Inspired by Napoleon’s desk which sits in the music room in the Castle, we have called her “Josephine”, pronounced, of course, with a very French accent. Luis and his banqueting team spent some time fixing a shelf for said cocktails to one side of it. There was a piece of wood, and a team comprising Luis, Matthew, Jorge, Fred, Myhesh and 4 others reflecting on it whilst John the Castle Manager, watching out of the office windows, made unfavourable comments on the ability of Lewis Hamilton’s teams to change a tyre in 13 ½ seconds compared to Luis and this team needing 13 ½ hours to construct a shelf…  I was doubled up with laughter. 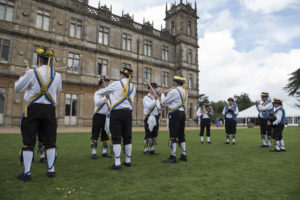 We did have sunshine and showers, but this is England, and we counted ourselves lucky and hoped that those who were waiting for the biblical rains across and Atlantic would find shelter and remain safe.

Will we organise a weekend next year? We will indeed but next year we are changing the theme and asking guests and friends to join us to stand together to revisit our commemoration of the First World War 1914 to 1918 – as it moved finally towards its end one hundred years ago.  I would like to raise money for those who serve and those who save today. With talks, re-enactments, music, planes and cars, we are already beginning to make our plans…