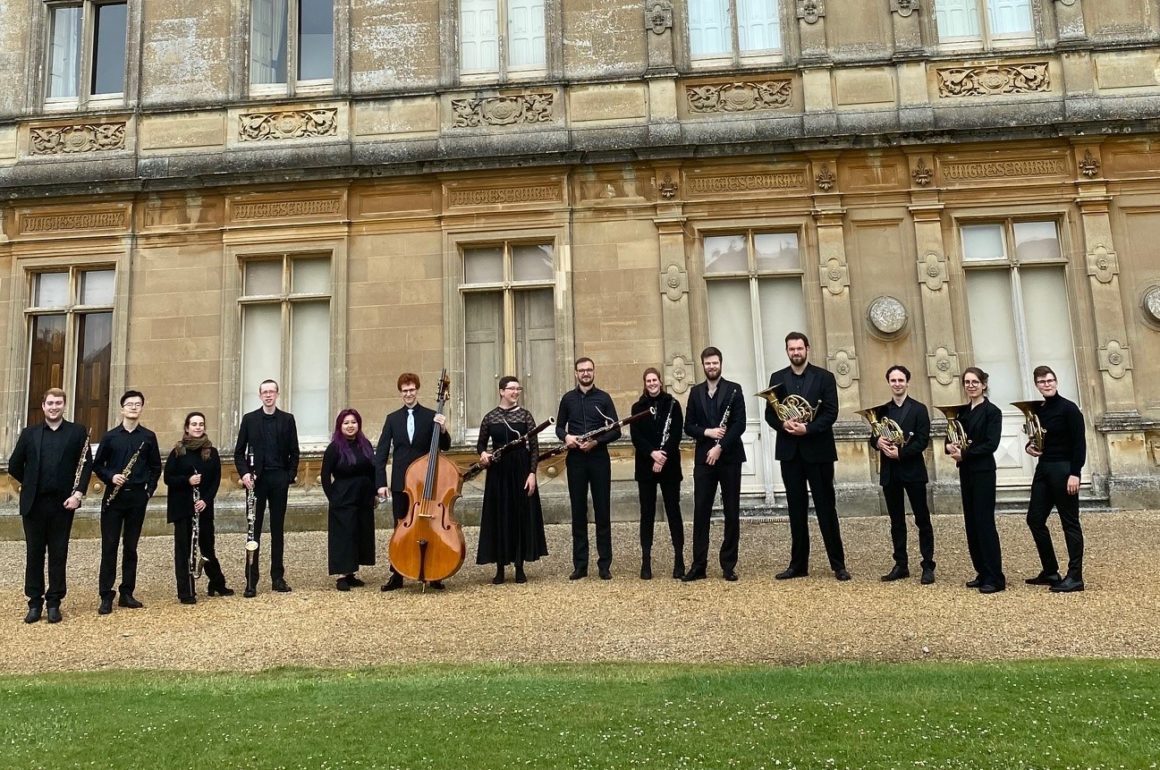 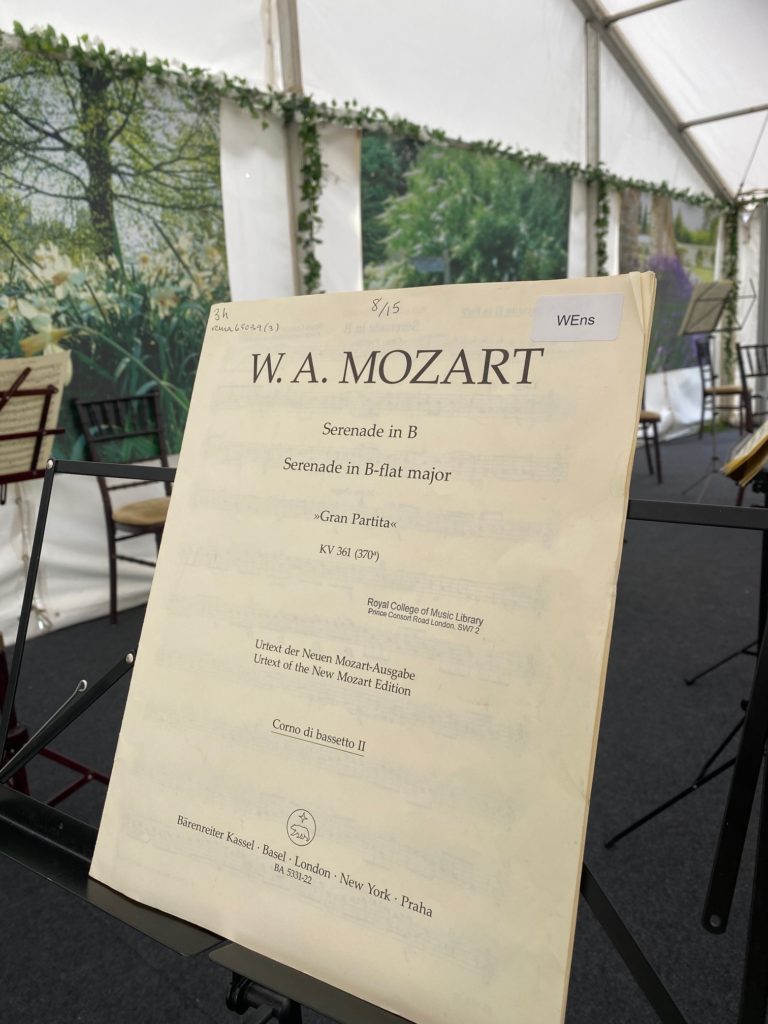 A few years after my father-in-law died, I organised a birthday trip for my husband to Vienna, taking with us his mother and a great friend of hers, another Fiona. Geordie’s birthday is in November so it was wintery, with flurries of snowflakes eddying around us as we explored the city, shopping, following the enticing scents of outside food markets and happily looking forward to welcome and utterly delicious hot chocolate in warm cafes. 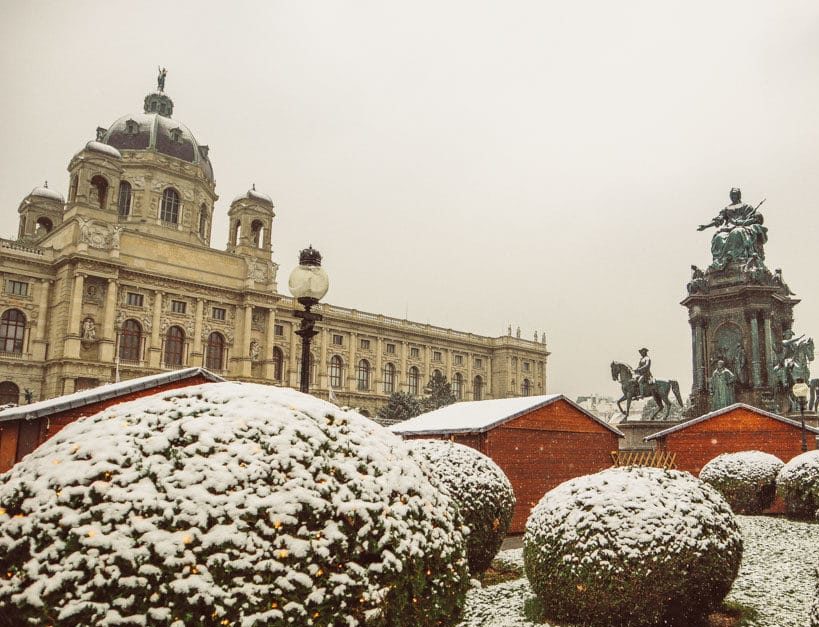 From wandering through impossibly grand royal palaces in the daytime, we stepped into smaller gilded rooms in the evening, shaking off the cold weather and coats to sit in small intimate gatherings and listen to the musical world of Mozart. With the musicians and audience sitting within a few feet of each other, the chords and concertos, songs and sonatas filled the space and soul.

Over the last eighteen months such moments have been replayed solely in memory, although the efforts of choirs and musicians to keep up morale has been unparalleled and so generous, whether over zoom or web. Yet, like many others, financial survival for many has undoubtedly been challenging. 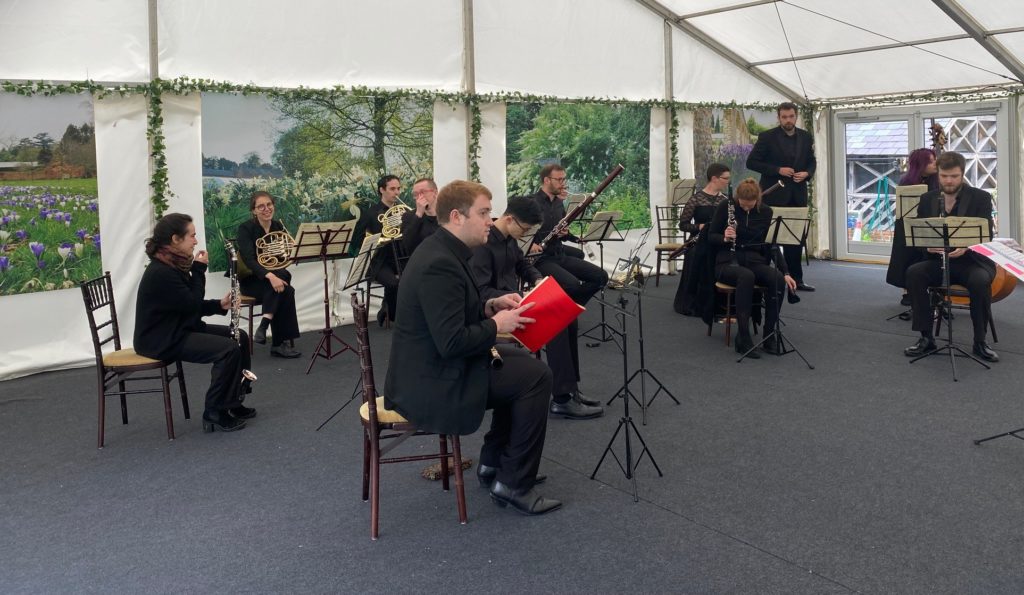 Yesterday we organised our own “Mozart in the Gardens” in memory of my mother-in-law who began a musical charity, The Newbury Spring Festival, 44 years ago. Every May, except of course for the last two Mays, it has welcomed outstanding orchestras from around the world for two weeks of concerts and recitals. Music has no man-made boundaries; it brings us together and the festival also promotes young musicians and school audiences. 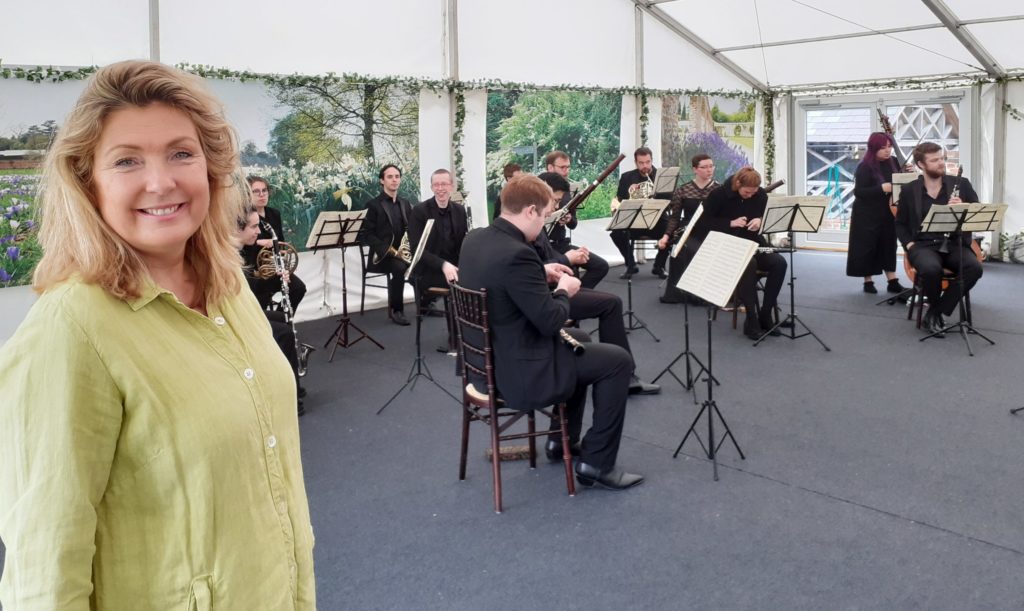 This past Sunday, we welcomed thirteen  musicians to play here at Highclere. It has been a good project, helping them with practice rooms, transport and fees as well, we hope, raising a little money for the festival. 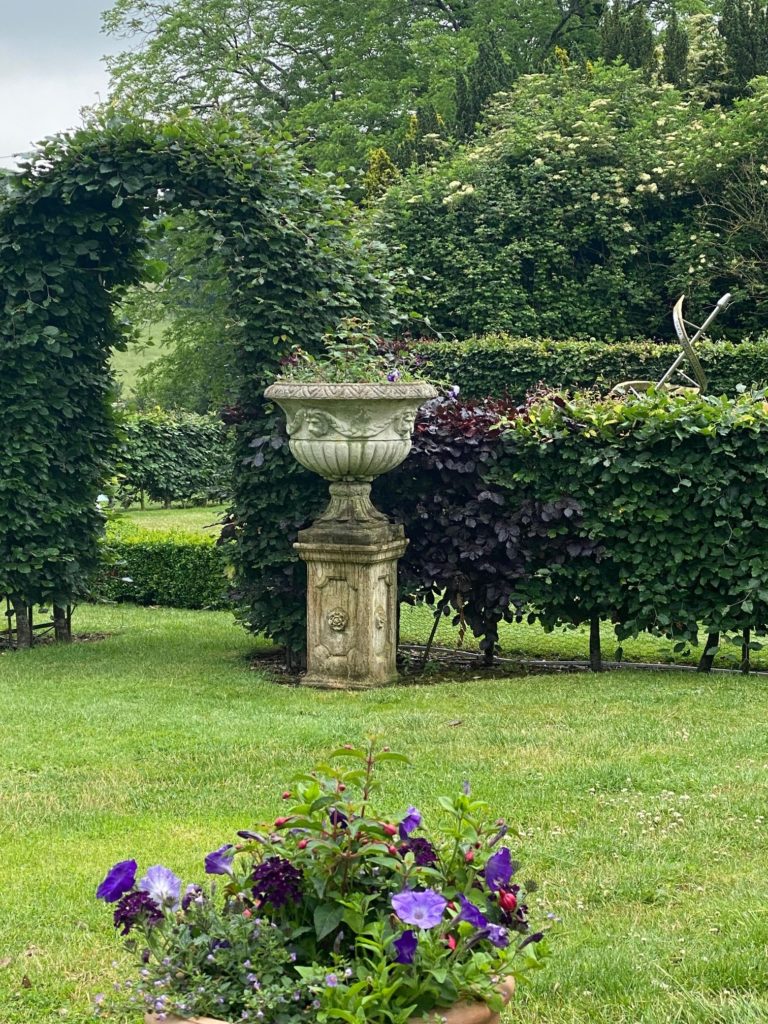 If that is the practical side, the day itself was about pleasure: music, castle tours, garden tours, champagne and afternoon tea for those who kindly joined us. It is an entirely musical conversation between those playing and those listening and who else was there to pick to play but Mozart. His music reconciles, alleviates tension and liberates us from the moment. It is like a fairy tale and has such ease and grace none of which really characterises our world at the moment but we need his moments of immortality.

To quote Albert Einstein: “Mozart is the greatest composer of all. Beethoven created his music, but the music of Mozart is of such purity and beauty that one feels he merely found it – that it has always existed as part of the inner beauty of the universe waiting to be revealed”. 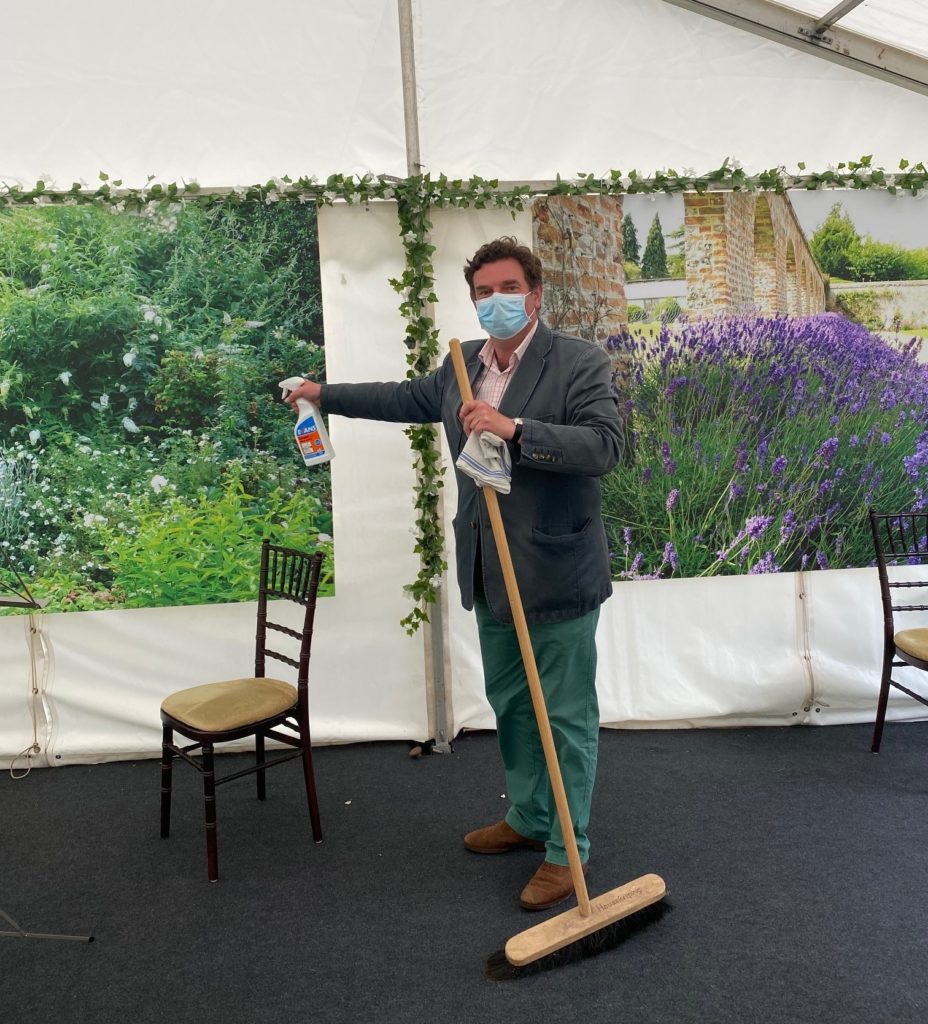 One thing Mozart’s music couldn’t achieve was to make the sun shine, yet nor did it rain. As the predicted  weather was offering  some curve balls,  we decided we needed a marquee, moving closer to the Castle and away from the temple surroundings we had originally envisaged. However, as these past months have been all about pivoting – reacting and repositioning and in this case literally carrying chairs and adjusting timings, we took this in our stride. Sally scurried around decorating the marquee, I was back picking flowers and Luis and banqueting brought out the food prepared by Paul the chef and his team. John G actually swept and  hoovered the marquee.

At the end of the day, everything worked out and I hope our guests left with happy memories of a wonderful English summer event, complete with the almost obligatory British weather. I, for one, would like to say a huge thank you to these wonderful musicians for all their efforts and very much will look forward to other concerts next year. 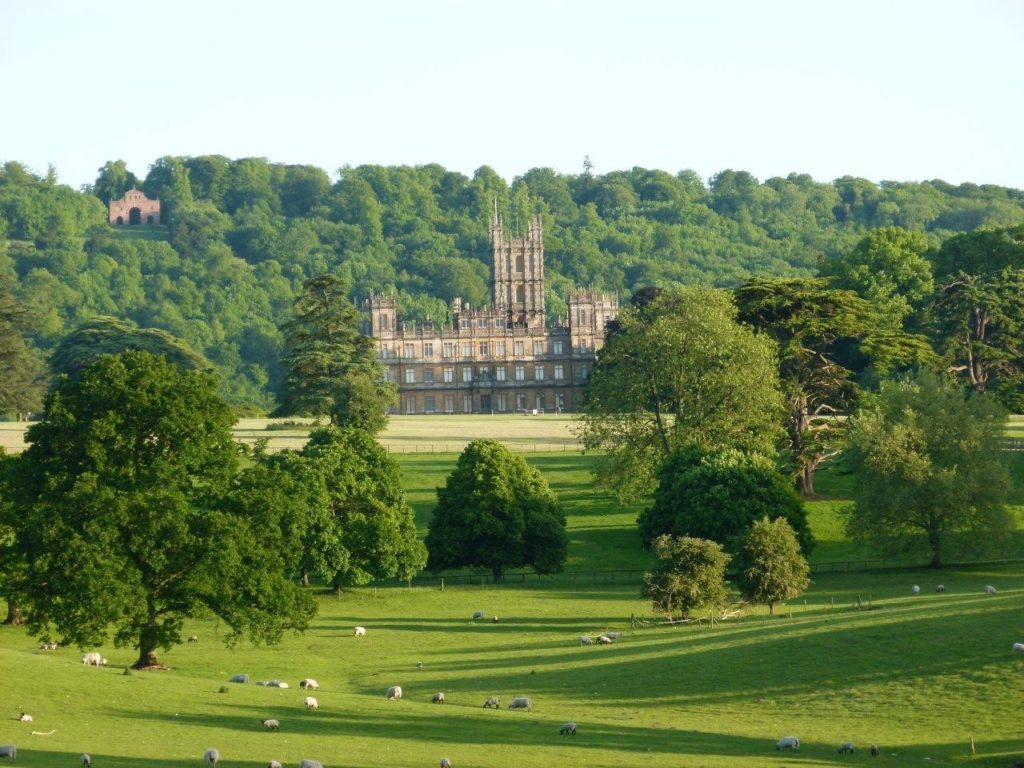