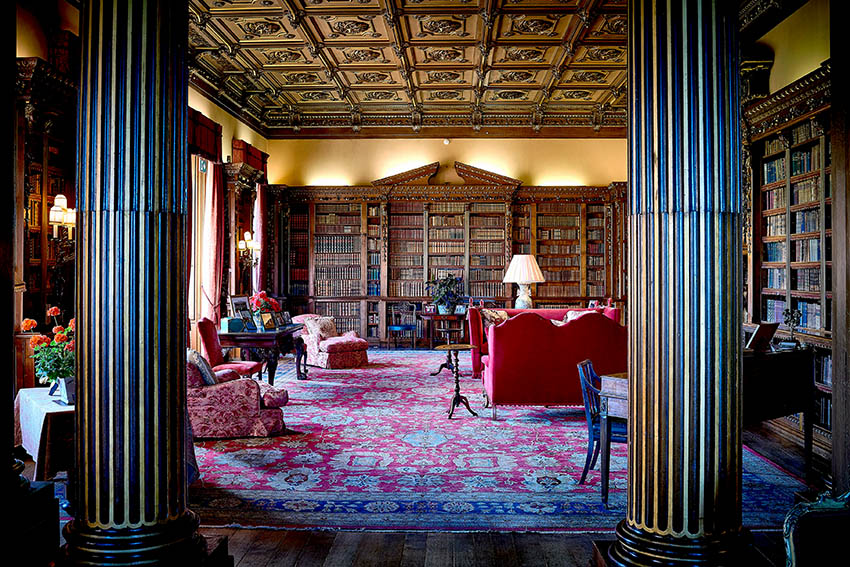 The Library at Highclere is framed and divided into two parts by a pair of gilded pillars which sit approximately one third into the length of the room from the north facing end (the front of the house). The larger, longer spacious part of the room offers a view through French windows across the lawns towards the 18th century folly known as Jackdaws Castle. Opposite the windows, the fireplace is framed by the large rather famous red sofas. 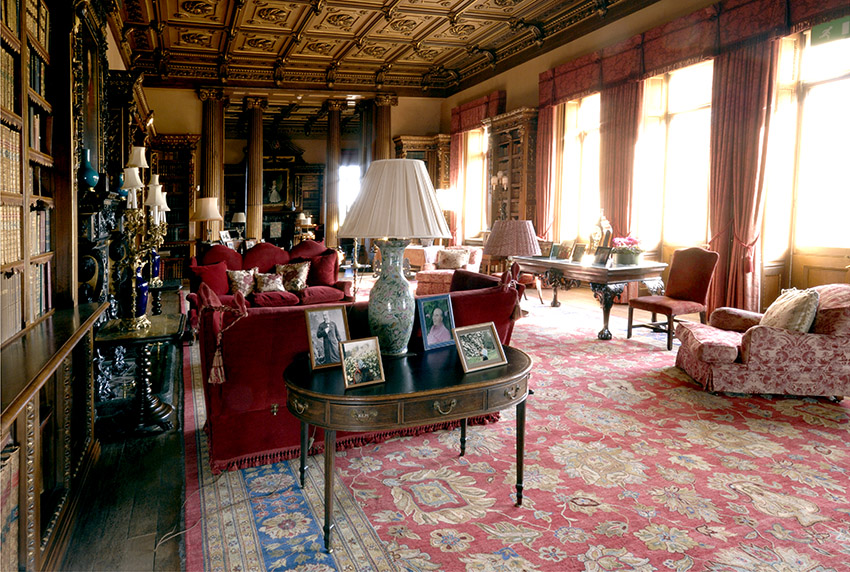 The smaller, more square area is unsurprisingly called the North Library. At one point in time there was a large antique table full of wonderful books piled up in the middle but that has given way to the space needed to welcome visitors and is mostly the starting point of our tours.

If you look at the ceilings you immediately realise that the one in the North Library is different. Less ornate than its partner, it had to be rebuilt after a fire in 1937. No-one was hurt and it was quite quickly brought under control but nevertheless the ceiling had extensive damage and was replaced without some of the carvings. 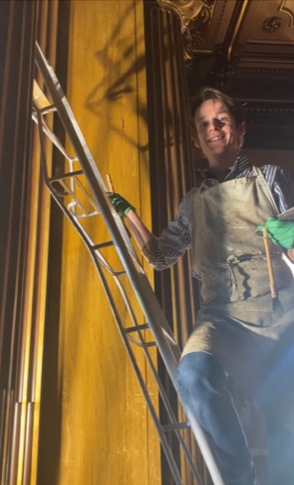 More recently, one of the pillars was damaged during filming. These things happen from time to time, and the film company was excellent about accepting responsibility, but then of course the next job is to find the right craftsmen to repair it.

That is never straightforward and I immediately turned to a friend, Sarah, who is a wise help in a crisis. She is one half of McWhirter Morris, an elegant and modern interior design business in London. She has experience and a great address book and there are always so many oddities at Highclere, requiring such a wide range of craftsmanship, that I probably do not say thank you enough to her for producing an endless stream of “right answers”.

It was a few months after the above accident that Pierre Yves arrived at the front door from Belgium (although he is actually French) with pots and brushes and spent a week up and down a ladder restoring the pillar to its past glory. The problem now is that he did such a marvellous job that it is now rather obvious that the other one looks a little less perfect 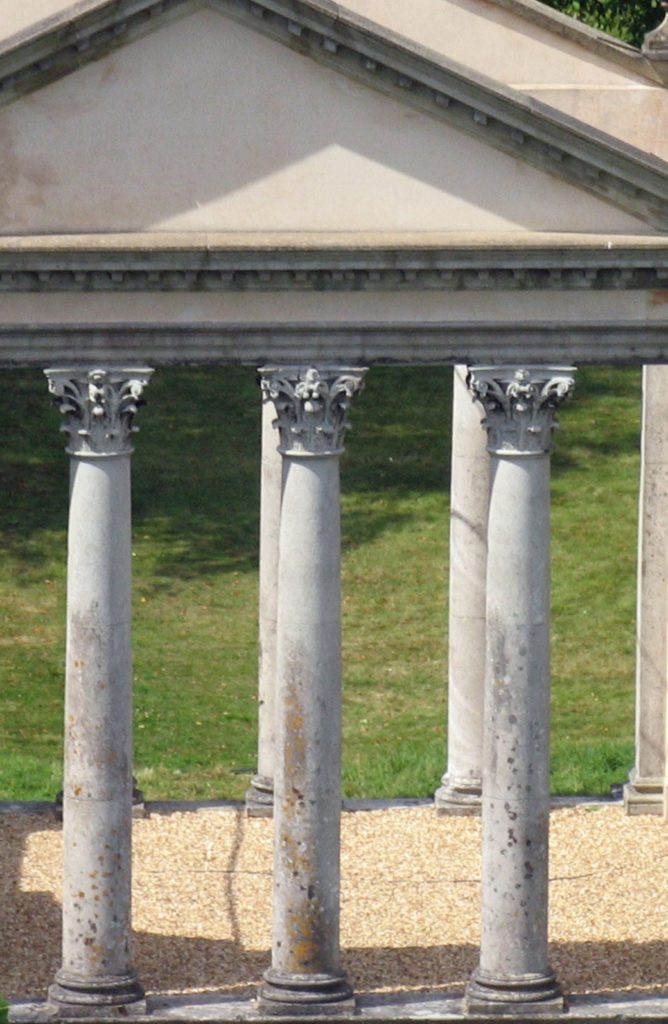 Inside the castle, pillars and columns frame the harmony of the Front Hall and add symmetry and grandeur to the Saloon, as well as appearing in the Library. Outside, they are present in all the Temples and follies. In all cases, they are ornamental and supportive. As a result, the use of the word pillar has expanded and is used by all of us to describe metaphorical as well as actual support. To be a “pillar in a crisis” is a high compliment indeed. 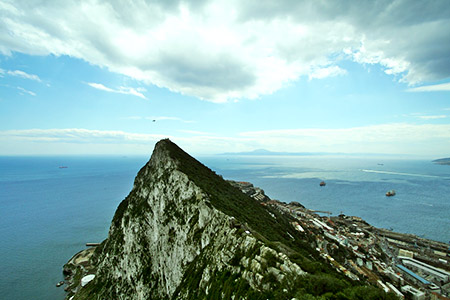 Then again, famously in antiquity, the pillars of the mythical Hercules describe the immense jutting cliffs that flank the entrance to the Strait of Gibraltar. One thought is that the dollar sign $ was derived from a ribbon wrapped around both pillars in the form of an “S”, thus anchoring a currency both in a legend and a place. 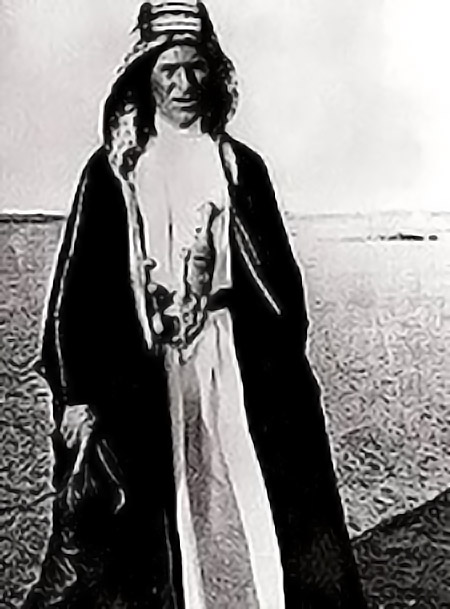 The Bible refers not to two but seven pillars: “Wisdom hath builded her house, she hath hewn out her seven pillars”. According to the scripture they are: fear of the Lord, instruction, knowledge, understanding, discretion, counsel, and reproof.

The same phrase was then used as the title of a remarkable book written centuries later by the Englishman, Colonel T E Lawrence, which recorded his journeys, his efforts to build friendship and diplomacy throughout the countries of the Arabic-speaking peoples during the First World War. 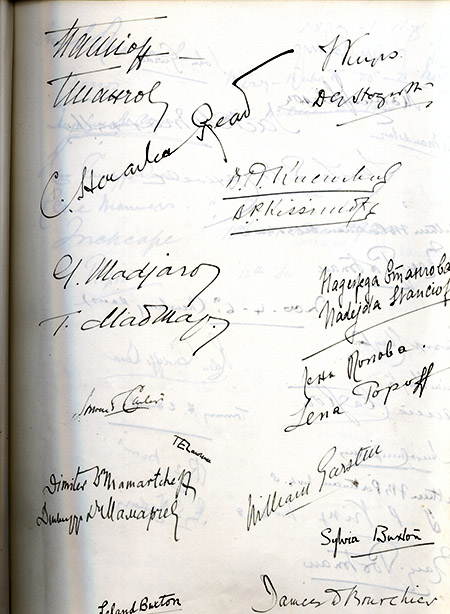 At the beginning of the First World War, many Of the English establishment, of whom Kitchener was chief, believed that if the Arabs could be persuaded to rebel against the Turks, it would enable England, while fighting Germany, to simultaneously defeat Turkey as well. Lawrence dressed as an Arab, speaking fluent Arabic, travelled by camel, immersing himself in Arab culture in order to convince them unite together to fight a common enemy, the Turks. It was an unlikely plan but remarkably it worked.

In the end, nothing worked out as he perhaps hoped and after the war TE Lawrence stayed at Highclere, an extraordinary name to find in an extraordinary visitors book. His book, his fortitude, learning and understanding are indeed some of the “pillars” of each and every life.