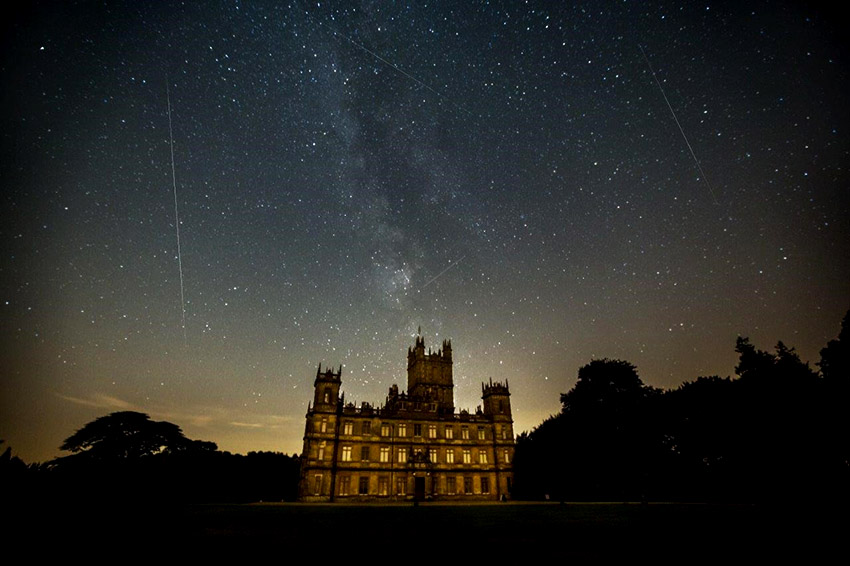 Highclere sits on top of a flat chalk escarpment giving excellent views and horizons both to the north and south. In the way of things, this also means that at this time of year the prevailing winds from the south west whip across the lawns, making me glad to be tucked into a warm coat and long thick scarf as I set off with a gaggle of dogs. 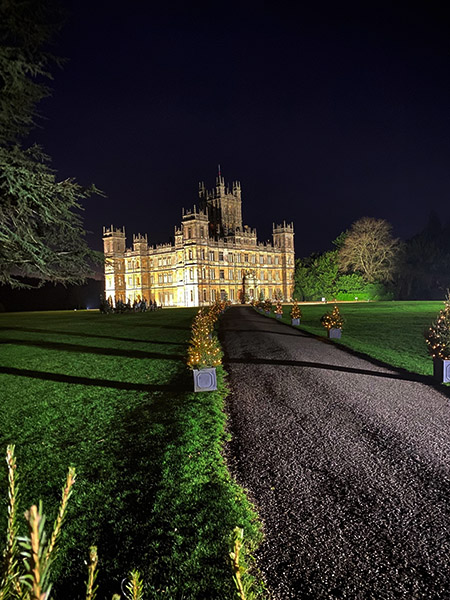 As the land falls away to the north, if you look in the lea of the slope you can still discern the remains of house walls and, depending on the light and shadows, the paths and lanes. At the foot of this area the water gathers all too readily to form an unofficial but semi permanent pond and there is a dew pond of sorts to one side.

In the evenings, however, when it is dark, I stay on the flat grassy area and over time my feet have found their own way, avoiding the lumps and bumps as I listen to the dogs busy progress. I can hear the rustling sounds of the night and feel a shape in the air outlined momentarily against the trees and sky. 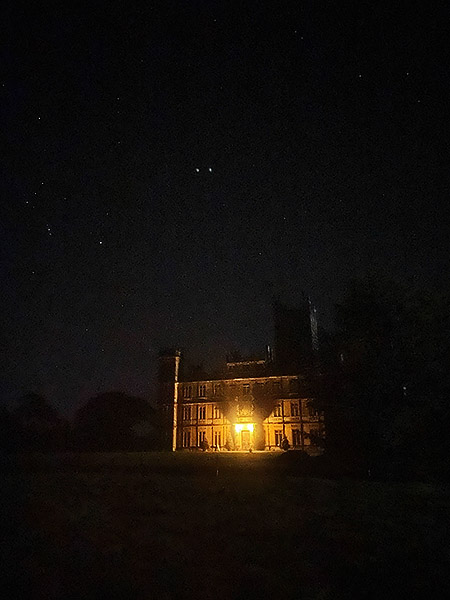 One night I walked out and within a few feet a shooting star offered a magical moment in time just ahead of me. Whatever age we are and wherever we live, the night sky is extraordinary, beyond our ken and yet inspirational. Looking up in the clear cold darkness, there are so many pinpoints of light in which our ancestors have imagined patterns and created eternal heroes. It never loses its romance.

Most of the well known constellation names come from the ancient Egyptian, Greek and Roman cultures who identified the patterns  of stars as animals, heroes, gods and goddesses. Of the 88 constellations officially recognised today, 48 are regarded as original meaning they were known to the ancients. 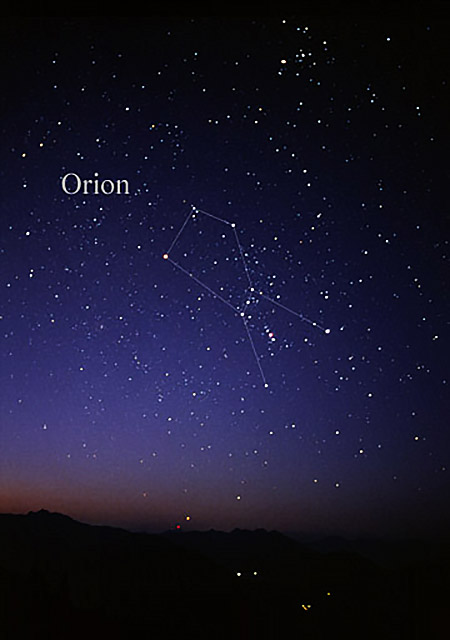 During these wintery weeks, Orion is clearly defined above the castle roof to the south and his constellation acts as direction finder to other stars. It is interesting that this particular group of stars appears in a number of cultures as an archer wearing a belt and there are even some 32,000 year old cave drawings that seem to outline them. Northeast of Orion are the twins Castor and Pollux who helped the argonauts and won their place in the sky. They are thought to be a good omen for sailors making their way across the seas at night.

These days, whilst our imaginations may still enjoy the stories of Greek gods and heroes, we have a more scientific basis to our knowledge and telescopes that those cultures had no concept of. What is extraordinary however is that, despite our growing wealth of facts as humans push themselves ever further into the dark reaches of the universe, our fascination with the night sky never wanes. It still draws the imagination and inspires a sense of wonder that is more than enough to counterbalance the chill of the air. 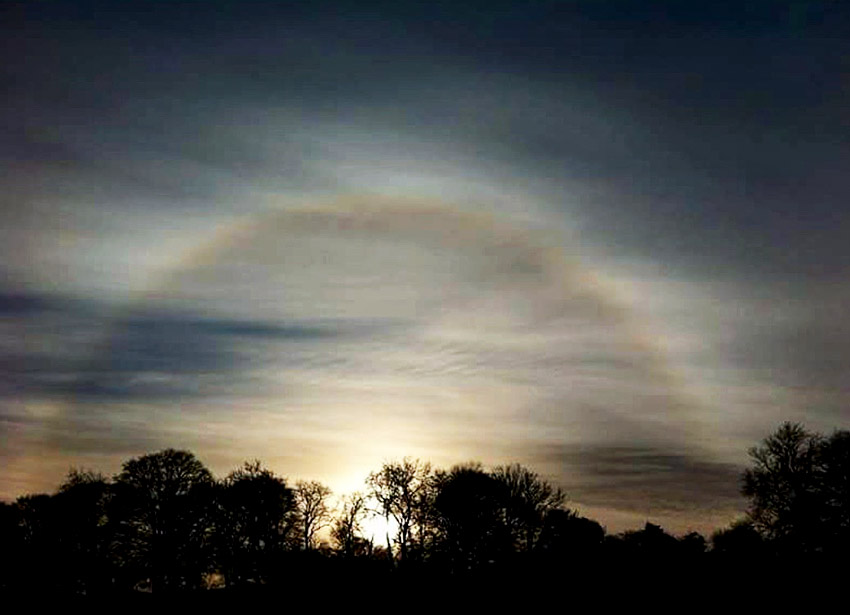 The dogs have had their fill however and announce that it is time to return – they want their bedtime biscuit.