The first part of my morning bike ride is downhill all the way. I head off slowly as the dogs run round in excited circles and we avoid the early cars, all of which have to stop, as the dogs bounce up to say hello and are convinced that they should be patted. This is their walk as well as my exercise, so I watch as they happily disappear into an old piece of hedgerow, tails wagging, before bounding into an old dew pond area, emerging with muddy legs.

Carrying on another 100 yards, I turn in to the back of the old walled kitchen gardens and visit my chickens. Propping the bike up, I tell the dogs to sit and wait and undo the old gate to find the chickens happily clucking and running towards me.  Lizzie and Jane, Elinor and Marianne, Emma, Anne, Kitty and Lydia roam through old raspberry canes and nets, settle under wild plants the faded red brick walls and find their way into the laying sheds. They are keen to see me and above all their food at this time of the day.

Job done, I return to the dogs who are more or less waiting enthusiastically to continue their morning outing. 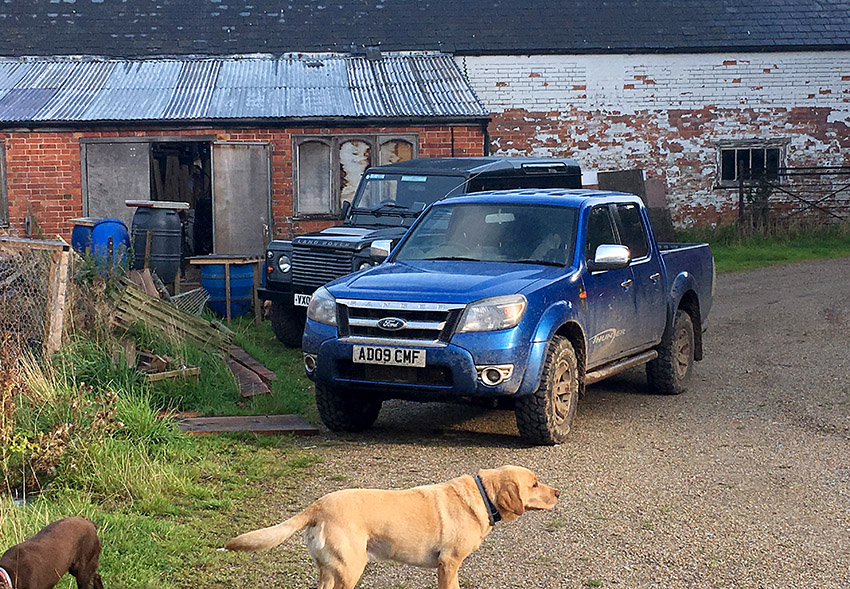 Opposite my chickens is “Keepers’ Café”. The keepers, Eddie, Terry and Tom, are up early every morning so by 9am, are ready for a coffee break and have set themselves up in an old building here. They are often joined by John on his tractor, in between cutting the park verges and Scottish Robert (security), who likes to have a catch up. Sid can also often be found there and now they have a new visitor every morning: Gwyneth and her tiny dog Suki.  Gwyneth and her husband Don lived in a cottage next door to Keepers Café for over 40 years. Sadly, Don died earlier this year and Gwyneth finds the camaraderie and laughter of Keepers Café very welcome.

Don was quite a unique personality, full of stories and direct opinions. He would never fail to tell me “those plants won’t work there” or “not to bother with that” and relate funny incidences with 6th Earl; how he had to confiscate his Lordships’ secateurs many times and of refusing to help when his Lordship wedged his car in a garden gate. He would tell of his predecessors in the gardens, usually in terms of how useless they were and he would complain that visitors didn’t move out of the way fast enough as he was approaching on the mowing machine so that he would have to wave and hoot. When they did eventually move, he would sweep round and have another go at them from another direction! 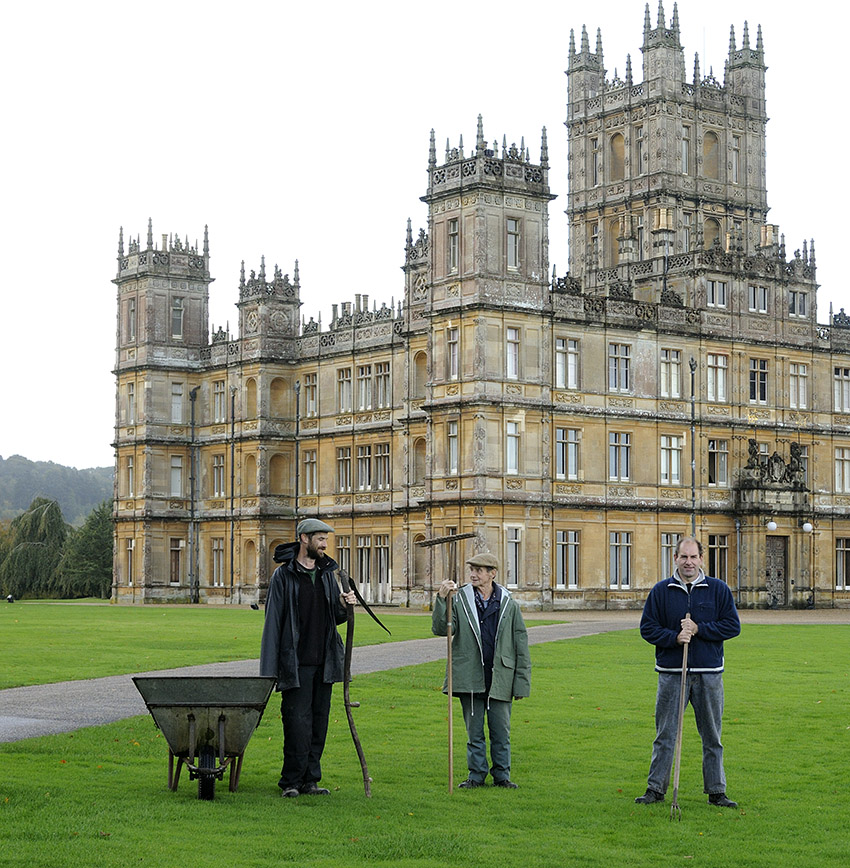 When Geordie and I started off at Highclere we had two gardeners, Don and Philip, looking after a much smaller area of gardens than we have today. We have expanded these by another 10, or even 15, acres over our time here so far and Don’s favorite gripe was that it was just the two of them, so how was that going to work then?  I used to tell him to get up earlier and would move back quickly, grinning, before he told me what he thought of me…

For all his jokes though, Don was a really talented gardener. He knew so much and loved Highclere’s gardens, finding beauty in every corner, knowing the soils, the seasons and the cycle of jobs.  He bicycled up from his cottage nearly every day, reliable to the point where I could set my watch by him. He always said he wished to die doing what he loved and when he was ill, even towards the end, he still liked to come up to the potting sheds for a few hours. Paul, our head gardener, would kindly collect him in his car.

Gwyneth and Don first met when they about 14 years old and his death has left a tremendous hole. Keepers’ Café, with its familiar voices and figures who have also been at Highclere for years, is more than a breakfast club; it is about being part of a community that draws you in and keeps you up.

I thought Gwyneth, their son Pete and I would plant a tree for Don in our new woodland garden: the one that made Don nearly go on strike.  I can hear his laugh. 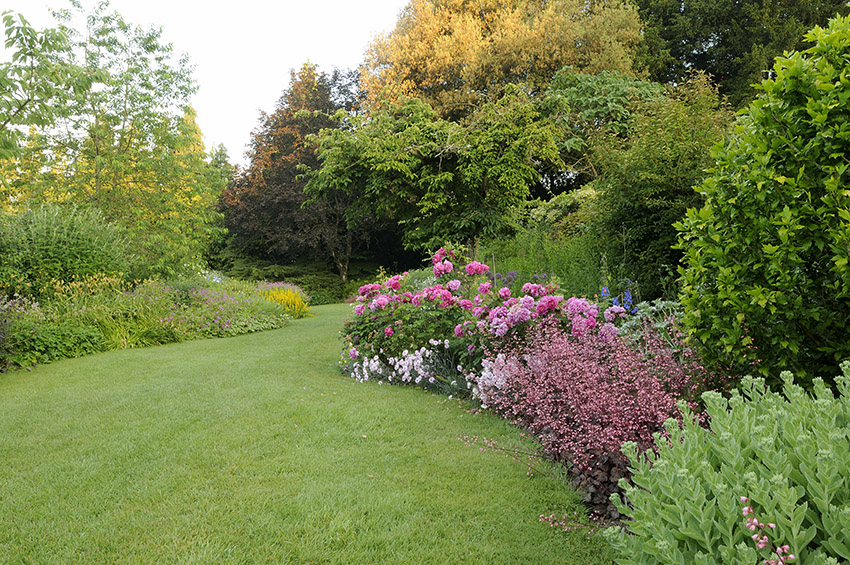